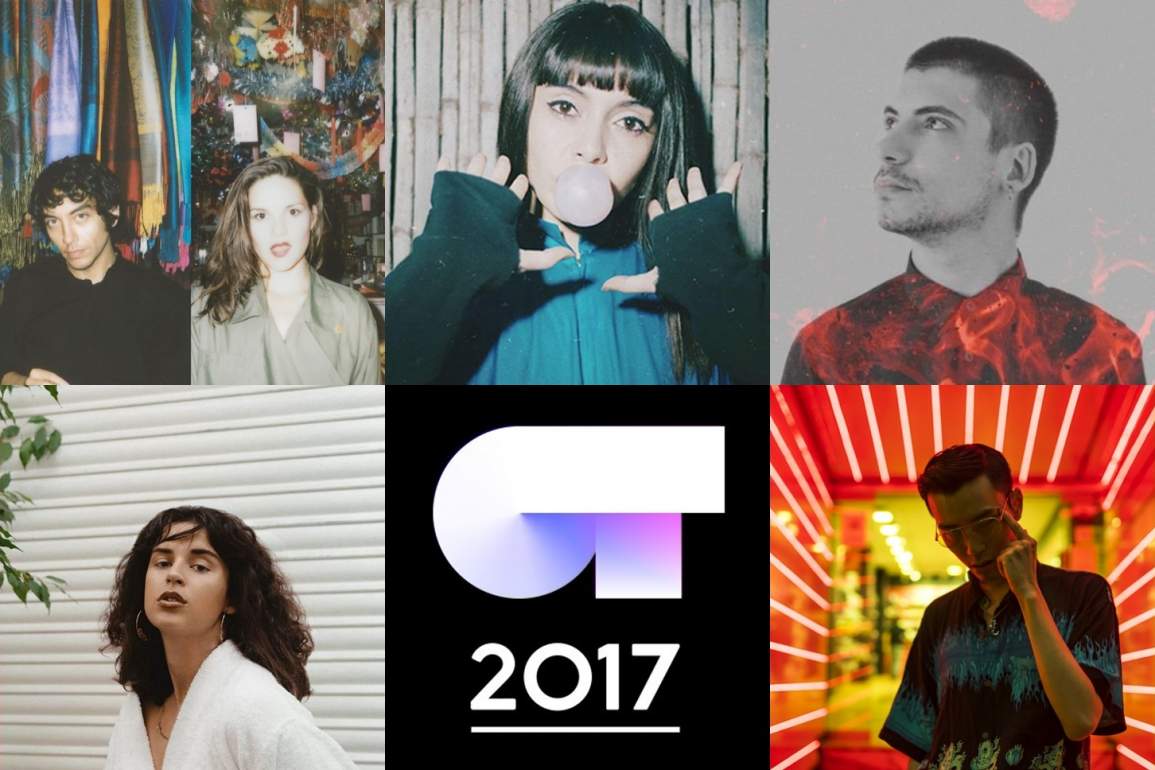 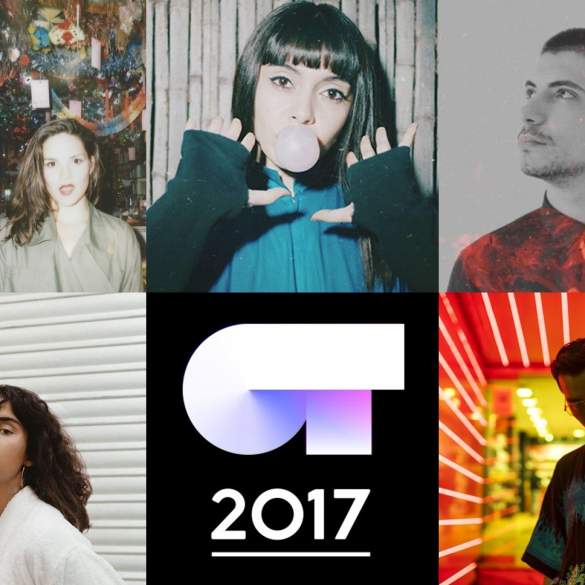 While it is true that in recent months the Spanish scene that has most talked about music has been the trap and tracks like “Despacito”, we must not forget that there are some irreverent voices that through genres classified like “trash” for many of the gurus of the industry, are sending shit and turning things upside down for the sick establishment, patriarchy and heteronormativity that now rules the world with their music.

Chenta Tsai, a Spanish singer and architect with Chinese origins, is turning the Spanish scene to the subno-pop revolution with his alter ego Putochinomaricón.

This artistic name is an ironic homage to all that homophobic and racist insults that he has received during his whole life.

The grand idea behind the Putochinomaricón project is to give little of subversion to what Tsai calls the “pink capitalism” of the LGBTIQ+ community, of those who have suffered discrimination not only because of their fluid sexuality but because they are a person of colour.

His lyrics often speak of the conformity of toxic ideologies such as binary sexuality, as well as the myth of romantic love and social denunciation using everyday things.

From the south of Spain, we have an artist with a musical project of quality that’s hard to deny. Fauces, is the artistic name of Carlos Blanco, a singer and songwriter currently based in Málaga.

His style is a subtle mixture of incredible singers and groups like Miss Caffeina, La Prohibida, Britney Spears and Zahara among other influences from a variety of genres.

On Halloween’s day, Fauces released “Explosión” a four-track EP that gives us 15 minutes to believe in all the possibilities of this project. From the soft hypnotic vocals of Carlos to the amazingly executed production of Gryves Martell (mostly know for this masterpiece called “Bare”), everything is a signal to keep an eye on Fauces career.

Try to listen to his EP at night, a real religious experience.

We can’t thank the universe enough for the resurrection of “Operación Triunfo” aka OT, a Spanish talent show for young singers with raw talents ready to be explored and trained during his life at the program’s academy.

Two girls have captured my attention for their qualities and talent for music. Amaia and Ana Guerra (iconically called Ana War), two monsters ready to blow up the Spanish industry as soon as the program’s end. Plus they have attractive and captivating personalities, an essential characteristic if you want to capture the attention of the public and keeping them interesting in you.

I recommend you to check their game changer performances of “Shake It Out” by Amaia and “La Bikina” by Ana War.

Can’t wait to see how their career growth in the future, Spain needs new divas to follow.

Sen Senra hit the Spanish panorama in 2015 with his first album “Permanent Vacation,” a delicious garage inspired record. A piece of work that with only twenty years put him as one of the Spanish artists of the future.

The comparisons with Mac DeMarco and The Glowers were not far behind, and suddenly he was the underground “it guy.”

But when this second album, Sen Senra made two things clear: that he had many records to exploit and that, please, we should stop calling him the Galician Mac DeMarco for a reason, he’s now an author with his own identity. At the end of 2017, he finally decided to sing in Spanish for the first time with “Por Ti,” showing us the route to follow this 2018.

I’m dying to hear more material from Sen Senra and Royce Rolo, the producer of “Por Ti” and “Pretty Empty.” It’s time for Sen to be recognized as one of the greatest Spanish artists of our generation.

The explosion of Bad Gyal, born Alba Farelo, has been incredible during this 2017. There were no recent precedents for Spanish artists to blow up this way through international music webs and journalists. Her attitude, the way she twists languages (Spanish, Catalan and English) and her particular style of sing are giving her a golden era of success.

Her lyrics amount to a series of sweet nothings that you won’t find in any phrasebook or poetic book. All about sex, guys, feeling yourself and dance with explicit language.

Before she moved to Barcelona after the success of her tracks. she was making most of her music in her bedroom, using a decidedly DIY setup made of eggs cartons and more conventional materials.

But those days are over, and Bad Gyal’s music was taken to a whole new level with tracks like “Jacaranda” and “Nicest Cocky.” Marking a new standard sonically and visually for this Spanish artist who will conquer the world during this 2018 with her music.

Namuel is the artistic name of Manuel Granic, musician and ex-keyboardist of Chilean pop goddess Javiera Mena. Before the age of 24, he already has two albums: Noche Polar (2013) and Folclórico (2015). But his most significant work is still to come during this 2018.

After realizing pop masterpieces like “Maldita Ingenuidad,” “Yugoslavia” or his latest single “Joven de Corazón” in 2017, it was clear that Namuel is going where he wants to, both musically and creatively. With huge expectations for this Chilean artist who continue the tradition of great talented pop musicians in Chile. Which is, by the way, the future of pop music in Spanish.

Also, it’s so refreshing the amount of young artist that don’t hide their sexuality in their music and lyrics. So inspired for all the young LGBTIQ+ community out there.

It’s hard to find an artist that contains perfectly mixed influences from a variety of genres like Nathy Peluso. She carries Trap, Swing, R&B, Jazz, Soul and Blues among others of these styles in his blood. She born listening to Ray Charles, Caetano Veloso, Serú Giran and Atahualpa Yupanqui; it was clear that she was destined to be a star in her own way.

But good music can be nothing without a good visual behind it. In Nathy Peluso case this isn’t a problem. With an aesthetic inspired by the eighties, full of darkness, makeup, large rings, gel nails and great acting by Nathy herself.

She has a particular way to give life to her music lyrics, that are the conceptualization of focal points from which she starts building through vocabulary and visuals.

Nathy Peluso is what Spanish hip-hop scene needed to be reborn with fresh blood and creative projects like this.

It was in 2010 when Elba Fernández became under the pseudonym of Jane Joyd, her first identity as an artist. That year she won the Demo Project of Radio 3, giving her a little more of exposure.

From that era, it only remains the ability to transport the listener to another’s environments and states, this time with the help of styles like R&B, Pop, Ambient music and Dream-pop. A style based on North European music and less focused on classy folk sounds from America.

“Fragments to Dominate the Silence” the first Mordem album, was released on September 29, 2017. It contains ten hypnotic tracks which will surround you with their particular atmosphere.

I’ll love to see this album on the round this 2018, giving it the exposure it needs. Mordem can be a blow of fresh air to the Spanish Pop-Ambient scene.

Buscabulla, an experimental duo whose witty music is an amusing mix of sensual Funk, Pop, R&B, Latin, and Electronic influences, was formed in 2011 by Raquel Berrios and Luis Alfredo Del Valle, a pair of Puerto Rican émigrés now based in Brooklyn, New York.

The two first met more than six years ago, when Del Valle attended a show where Berrios’ duo “En Teta” were performing. They soon hit off and became romantically involved.

Thanks that they also decided to unite their multiples talents – she’s designer, songwriter, DJ, and music producer-, while he’s a talented multi-instrumentalist. Their group name Buscabulla, comes from a Puerto Rican phrase meaning “Troublemaker.”

Buscabulla’s career change when they won a music contest and were awarded with some studio time and the services of producer genius Dev Hynes. Those sessions led to their debut EP “Métele,” which cathed the attention of producer Roberto Carlos Lange, who appeared on Buscabulla’s second EP “EP II.”

Now 2018 is the perfect time to publish a whole debut studio album, full of those tropic-garage-electro sounds that transport us to a kind of futuristic tropical beach, where waves rhythms are marked by synthesizers, and the sun never goes down.

As her beginnings, Natalia Pérez (Chile) was focused on her talent as a drummer collaborating with many others artists from Chile, but now she is involved in something so much bigger.

In 2017 she started a solo project as Cancamusa, which is one of the most promising and exciting musical proposal in Latin America. In this project, we can also find Sinclavi, the producer who finally motivated Natalia to launch her own career.

Cancamusa means: “Said or done that is intended to mislead someone so they do not notice the deception that will be the object.”. Is a word unused and practically forgotten by Spanish speakers.

Promising things are gonna come from Cancamusa and this unstoppable atmosphere of Chile’s music scene.