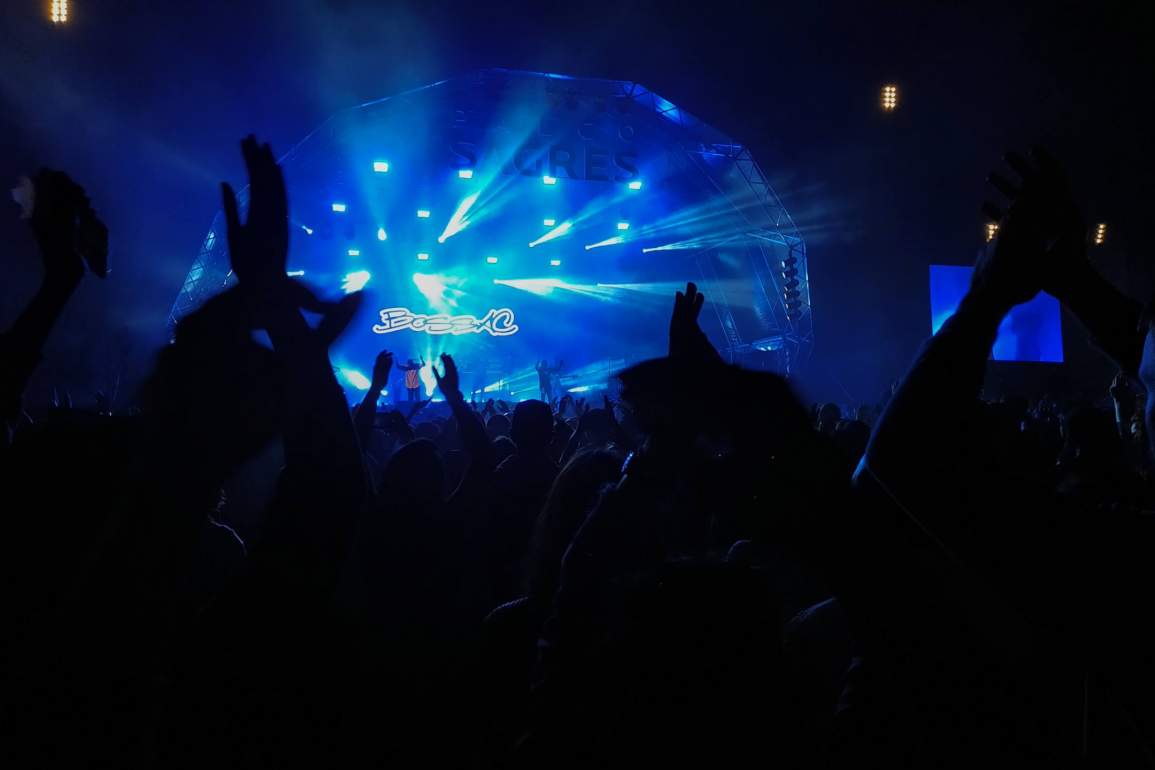 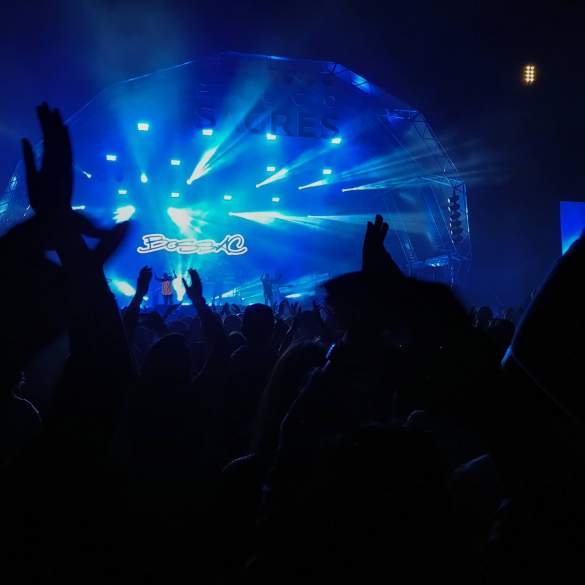 A SATURDAY FOR EVERYONE AT “O SOL DA CAPARICA” (PORTUGAL)

Last Saturday (17th of August) was a big day for O Sol Da Caparica (15-18th of August), the Portuguese music festival which is on their sixth edition, has just scored their record of assistance with near 30.000 people enjoying the performances of big Portuguese names like Mariza, Carlão or Seu Jorge among others incredible artists the previous day.

This festival seems to be growing each year, but the atmosphere still feels pretty comfortable inside the Parque Urbano da Costa de Caparica, the location of the festival during the four days of concerts and activities.

Apart from the usual issues of a festival, like the big queues for the bathroom (for the girls) or the waiting for buying some food (nice variety of establishments, even I think I saw one truck called “Veggie Lovers” with vegan options), they weren’t any other issues.

Well, there was a sound problem at the end of Ludmilla’s set, maybe the left speaker turned off, and all the remaining part of the floor couldn’t listen to the last one song and half of her act. The people started to jeer to the people responsible for the sound, but they weren’t able to solve it, or they didn’t notice the trouble.

Apart from that, it was an exciting day at a festival made for everyone. The variety of acts made an exciting mix of public; you could easily find people from 5 years to 60 years. I wasn’t expecting this festival to be that open to a different kind of audience, but it was.

But let’s talk about music. The evening was a blast for those people who were able to see the pure fire show of Supa Squad, they know how to turn on the party with their Afrobeat/Dancehall inspire style; Capitão Fausto was also so magnetic, and their set should have last at least one hour and a half and not 45 minutes, their fresh summerish sound is so perfect for a sunset set.

The night began with the charming Boss AC, one of the most respected hip-hop artists on Portugal, who was also able to elevate the day and engage with the public on a next-level way with tracks like “Sexta-Feira” or “Princesa”. Plus his band was on point serving so much energy and attitude.

Between acts, you have time to explore the stands and activities around the festival or visit the other special scenarios. There was one stage for dance groups from different schools in Portugal. There were some talented guys up on that stage, and the mixes were just fire.

Coming back to the main stage, around 11 pm the show of Ludmilla started. You could easily see that the floor was packed with teenagers and also some parents with little kids. She started the show with some midtempos and ballads leaving all the danceable tracks for the end of the show. She used a few elements of records from Snoop Dogg or Blaya’s iconic “Faz Gostoso” (recently covered by Madonna and Anitta).

Apart from the sound problems mentioned at the begginig, it was an enjoyable show that surprise a lot of people because of Ludmilla‘s ability to sing perfectly during the whole set even while dancing.

Our night ended with the incredible Richie Campbell, the 32-years old R&B / Dancehall / Reggae singer, is one of the most loved acts on the Portuguese scene for a reason. From the first note, he dominated the audience, that clearly showed with a packed floor of thousand of people that his music is unique. It was just a concert to dance freely and even sometimes just to close the eyes and let your body go with the reggae melodies and the warm tone of Richie’s voice.

In general, O Sol da Caparica was an excellent introduction for a vibrant Portuguese scene (Brasil included) that doesn’t need big names from the UK or the USA to attract the public and offer an excellent day packed but good music. This festival has the potential to keep growing out and surely it will.