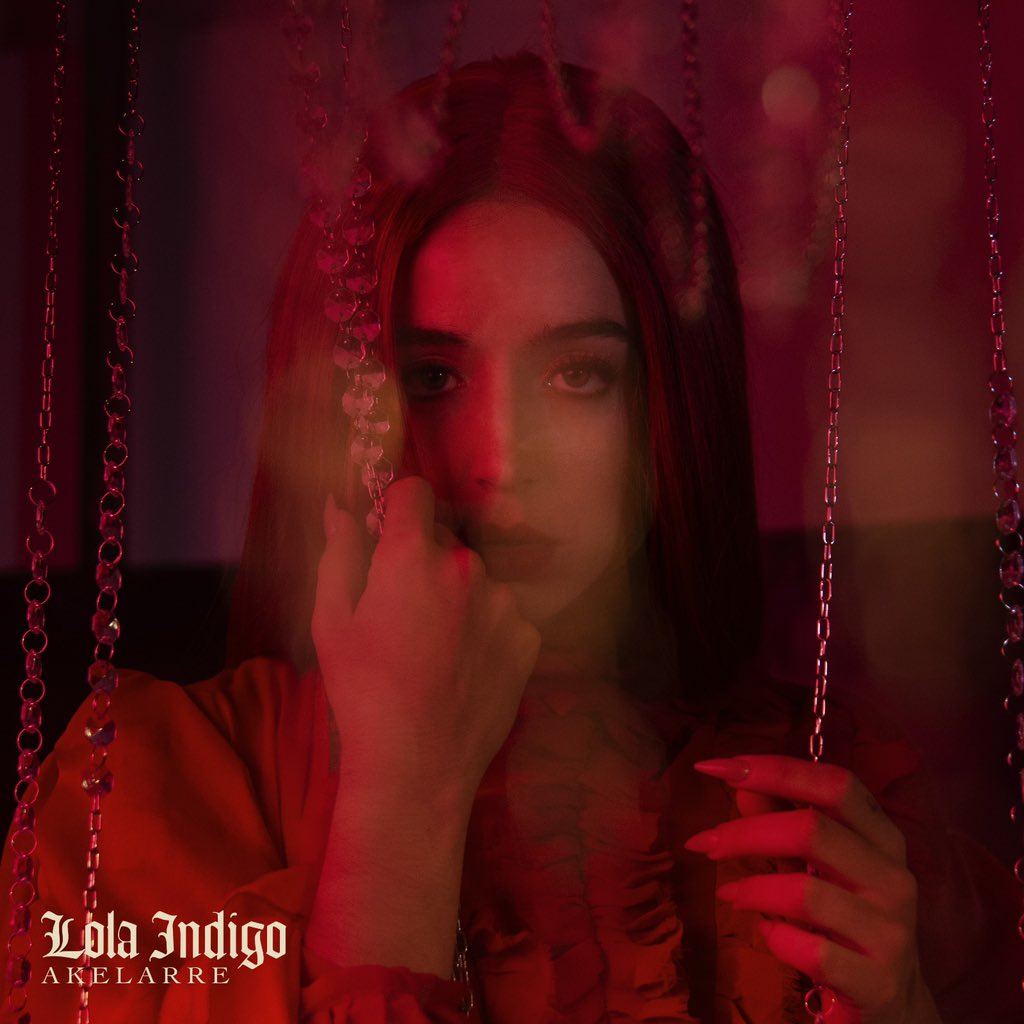 Akelarre By Lola Índigo: A Masterclass On How A Star Is Born

When there’s a will, there’s a way. That mantra is inside the genes of Miriam Doblas Muñoz, who has been fighting for years to achieve her dreams working all over the world and participating on two big television shows, Fama Revolution and Operación Triunfo. It was on this latest one, which was focused on singing which gave her the exposure to elevate her career, even if she was the first eliminated on the contest.

After a few months and now transformed into Lola Índigo, she released “Ya No Quiero Na” which turned out to be the song of the summer in Spain. A spectacular attempt, that indeed a few stabilised national pop stars would have killed to have such a powerful first single. Obviously, after that single, she started to be more recognised as the real star of her edition. Still, that impetuous stage presence and that stardom quality is only the result of hard work and natural talent.

But most importantly, she knew what she was doing, she has the focus and the artistic vision, which in this business is an essential thing to have.

Doblas is a dancer and a performer by nature. Precisely that is the essence of Akelarre, a powerful statement that embraces the female power covered and surrounded by urban trends, reggaeton, African rhythms and pop music. All with the perspective of going big to create songs that on the stage grow to become pure killers.

Being the perfect representation of that philosophy the song “Mujer Bruja”, which features Mala Rodríguez, one of the biggest names on the rap/urban scene and one of most talented artists that we have in Spain right now. A dark-pop reggaeton banger that set the mark for all the witch imagery and female empowerment image of the record.

Before the release of Akelarre, she released half of the record including the hip-hop & funky inspired “Fuerte” and the dark-pop reggaeton track “Humo”. Both have quite a repercussion because the first one was selected to be the official song of the dancing program “Fama” and the other one form part of the BSO of the Spanish movie “Lo Dejo Cuando Quiera”.

But just before the release of the record, she released “Maldición” another production by Yera (producer of “Mujer bruja”) with the featuring of Lalo Ebratt. Another absolute powerful and danceable banger with a mix of Latin-urban & reggaeton that completes the holy trinity of Akelarre with the company of “Ya No Quiero Na” and “Mujer Bruja”. But let’s not forget the message of the song, which is about a woman who is proud of her actions and who is not going to accept any repression by anyone who wants to limit her freedom.

The rest of the tracks complete a strong and robust debut album. Both the urban-tropical sound of “Subliminal” or the absolutely refreshing and fun “Game Over” with that uplifting jazz/dembow production are so irresistible.

While The Rudeboyz’s produced track “Inocente” and the southern urban-flamenco song “No Se Toca” continued with the route of the of heavy beats and energetic rhythms. “Amor Veneno” break with that hard danceable sound, to focus on a more intimate (but still danceable) atmosphere that benefits her duet with Nabález. An essential slowdown moment on Akelarre just before “Ya No Quiero Na”.

In conclusion, Akelarre is more than a strong record to dance to. It has an identity, the visuals and a concept. Packed with Mimi Doblas’ vision and persistence that is gonna get her so far. She knows what the people want to listen and what she is good at it. Don’t being afraid to include her Andalusian roots on the record and fighting for her vision against the record labels gurus and all the preconceptions about what she is supposed to do.

Akelarre deserved the number one spot that got on her debut week in Spain, as one of the most cohesive and contemporary pop records made by an artist with such stardom power as Lola Índigo. She has continuously proved to the Spanish and Latin American public what she is capable of with more commercial hits like “Lola Bunny”, “Autoestima” with Cupido & Alizzz or the refreshing “Luna”, which was rumoured to be included on the vinyl version of Akelarre. Although this is the result of years of perseverance and hard work, this is just the begging for Lola Índigo.

Siguiente
Future Nostalgia by Dua Lipa: A refreshing and highly danceable album that will save pop music in 2020