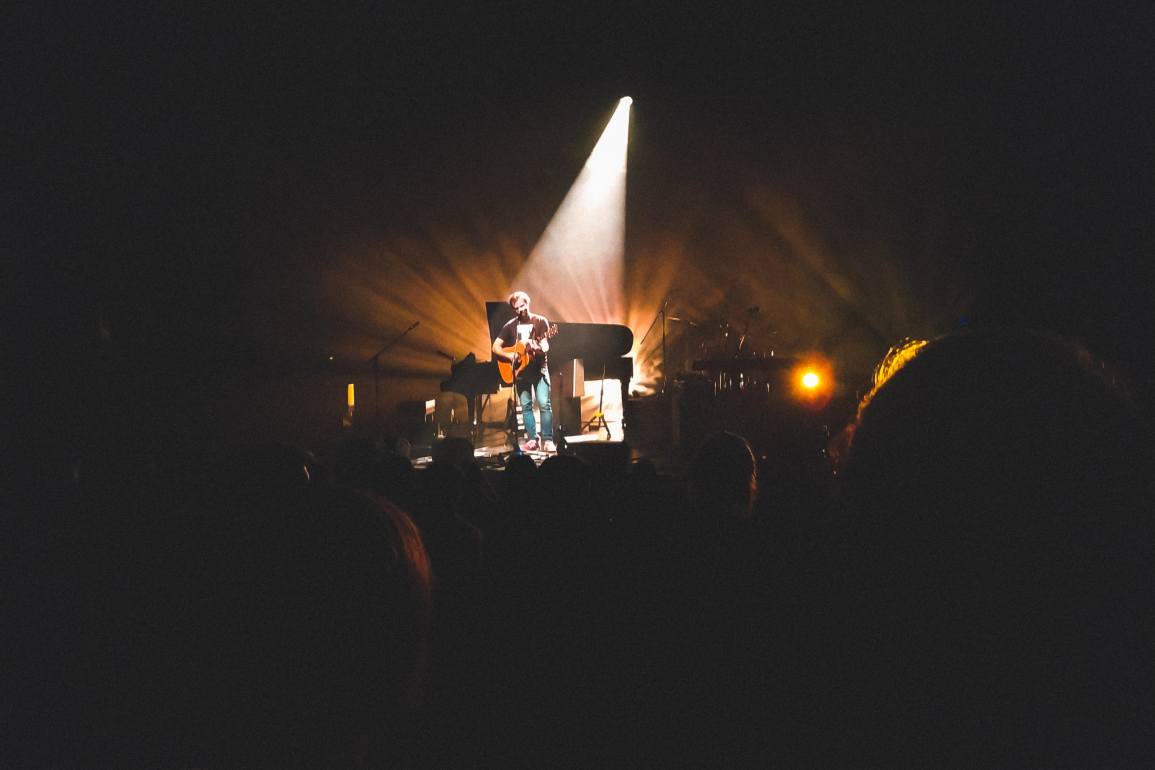 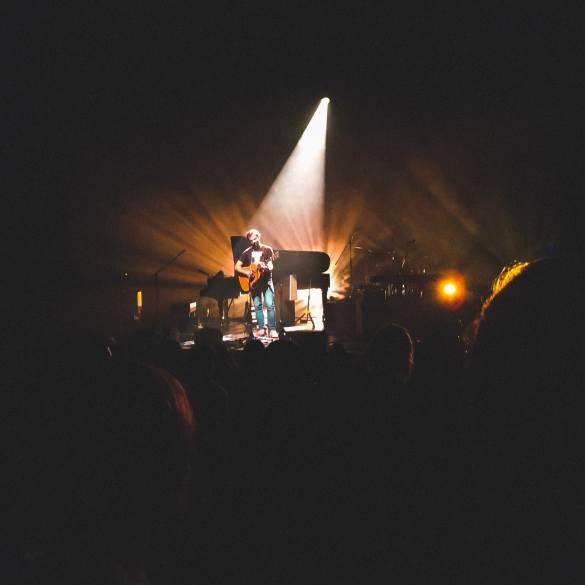 Benjamim gave last Friday (25th of October) at the CCE in Belém his last concert before entering the studio to complete his upcoming and highly awaited new album which will be out next year.

I discovered Benjamim’s music through a Portuguese ex-coworker that showed my his collaborated record with Barnaby Keen titled 1986, an absolutely charming and unique album that really captivated me at the moment (even I get to buy the vinyl record on little record store during a trip to the Azores).

So went I discovered that he announced a final concert in Belém (near to Lisbon), I needed to go.

The little auditorium with a capacity for 348 seats that was a perfect place to enjoy the music without any distraction and the best view and sound quality possible. A comfortable space that is clearly made to enjoy the show and that sometimes is hard to find with some venues that are a disaster for live shows.

As they start the concert, it was easy to perceive that Benjamim is one of the most talented artists of his generation and one of the most interesting ones here in Portugal. Some artists are talented, but there’s only a few that are skilled but also have a contagious passion for music, and that’s the case of Benjamim.

On this incredible show, there was also an essential part that is the band and the sound team that accompanied him during the concert. They were feeling the music, having fun and giving their best at that was a real pleasure to watch, because it is easy to see when people have a good connection on the stage.

Benjamim played some of the new songs, not without warning the public that anything could happen while performing it, at to be honest they sound pretty good and they haven’t been recorded yet. Some of the titles (he didn’t specify if they were definitive or not) were “Urgência Central”, “Em Vias de Extinção” among others that i wasn’t able to properly catch the name if I’m honest.

During the show, he also invited Joana Espadinha to sing a few songs like her mesmerizing song “Leva-me a dançar”, her (with Benjamim) proposal for the latest Eurovision Song Contest “Zero a Zero” plus another song from Benjamim’s 1986 record.

To be honest, this concert what the perfect representation of how much talent there’s in Portugal and how we forget about their music abroad. There’s an outstanding bunch of artist that are presenting some much quality music and doesn’t get the attention that they work deserved.

If you have time, please check Benjamim’s work and start to explore the vibrant Portuguese music scene, you’re going to discover a whole new dimension of music.

Check our video resume of Benjamim’s concert below: