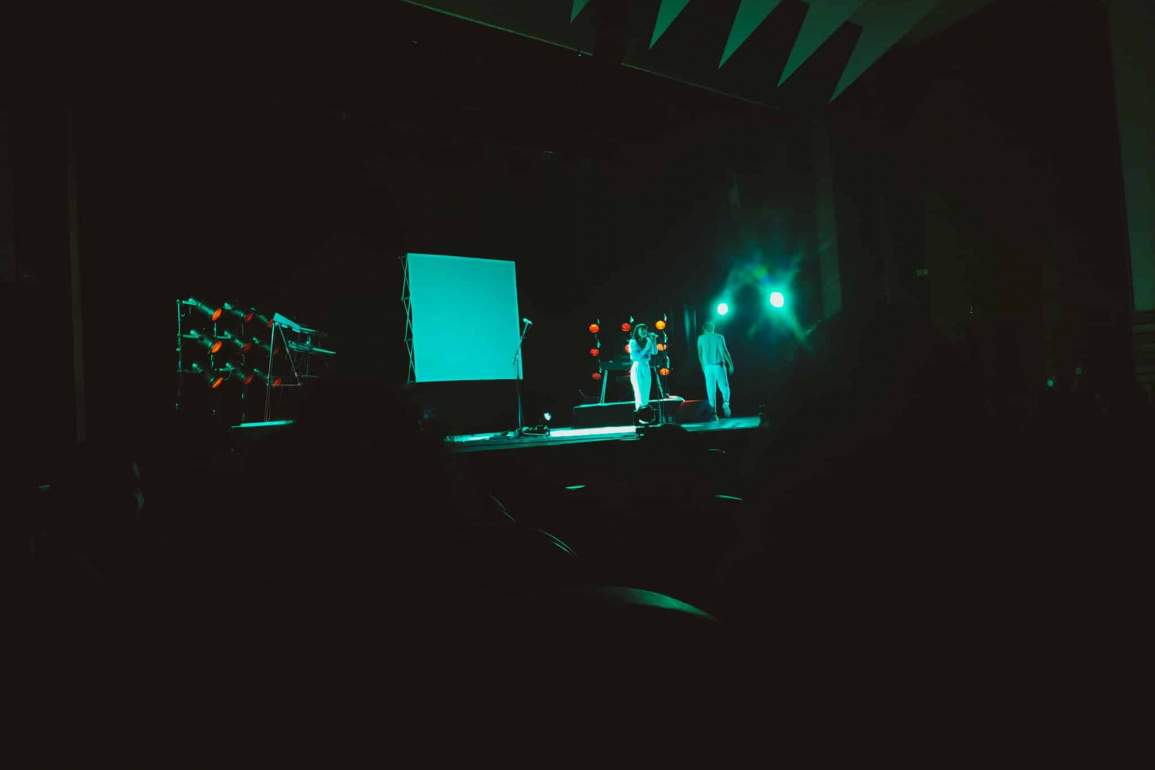 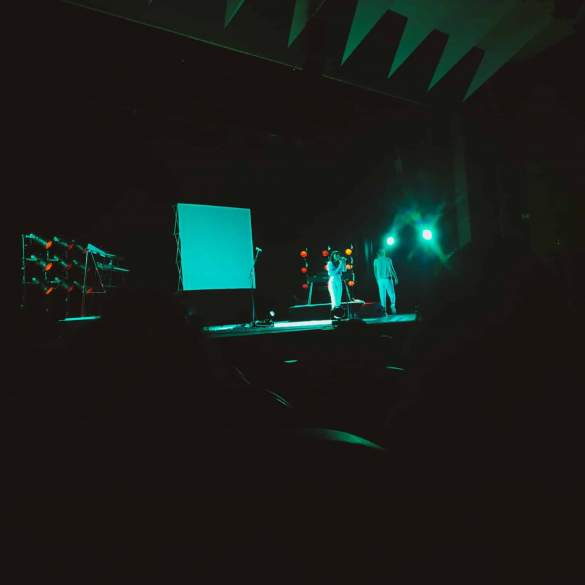 The Portuguese synth-pop duo was back in Lisbon with a new show at the Teatro Maria Matos last night (September 22th), and indeed, we couldn’t miss it.

Last July the band composed by Catalina Salinas and Ed Rocha Gonçalves, released a new single “Never Belong”, as the first taste of their upcoming third studio album (still untitled). Along with that, they announced three new dates around Portugal (Lisbon, Porto and Ponte de Lima) to perform this new track and maybe some surprises from that highly anticipated new record.

We couldn’t see them live on their latest tours (Demo Tapes II & Cherry Domino Club) so I was going as I did with Monday’s concert last week, with no expectations and an open mind to anything to happen, as we should always approach live shows and music in general.

But let me tell that although I was going no expectations, I was ready and excited to immerse myself in their particular world of synth-pop and dark-sensual danceable rhythms.

The whole vibe of the concert was quite captivating since they are a band that grows so much on energy in their live shows. And also their chemistry on stage in undeniably addictive and real, with all these little moments of jokes (especially from Ed Rocha), smiles and looks between each other that infected the public with their good vibes.

Catarina’s voice was as charming and dazzling as her dance moves and facial expressions. She was really into the moment, serving perfect vocals (i would love to know what Portuguese artists do or eat, that they sound even better live than in the studio) and fascinating moments of pure stardom during the whole show.

The set design was simple but effective if we take into consideration the whole dreamy-pop vibe of their music. But I would highly the screen that they have on the centre of the stage (as you can see on the photos) that was showing in real-time, images of the concert in a noisy-vintage black and white style that really fits their music perfectly, and for me was an addition that visually added quite a special extra to the show.

They sang a well-elaborated mix of their two albums, a few covers from the ’80s with a surreal and sensuous performance of “Take My Breath Away” by Berlin and their new single “Never Belong”, which sounds massive on a live show and in which they asked the public to sing-along with them.

The public was a well-diversified range of ages. However, at the moment when they ask at the concert which one was from the 80s, a considerable part of the theatre raised their hands. Still, there was also space for people from the 90s and early 2000s.

But I have a problem with a considerable part of the public, they were indeed some slow down moments on the show as it’s normal. Still, when for example Best Youth performed an incredible 90s house inspired mix of “Part of the Noise” which I think it sounded quite similar to the Xinobi Remix, a considerable people weren’t even dancing on their seats or clapping hands.

I can’t think why you are going to a concert to supposedly let yourself go and have a great time, but you ended looking more like a zombie than a music fan when you have two artists giving you a SHOW in capital letters…I hate that with all my soul.

In conclusion, it was such a lovely night with Best Youth at the Teatro Maria Matos, they really surprised me for good with their infectious energy and their ability to showcase their personalities in every single second of the show, while performing a robust catalogue of synth-pop dreamy music that was made for the perfect night ride of your life. Another concert to add to our list of unforgettable evenings in Lisbon.