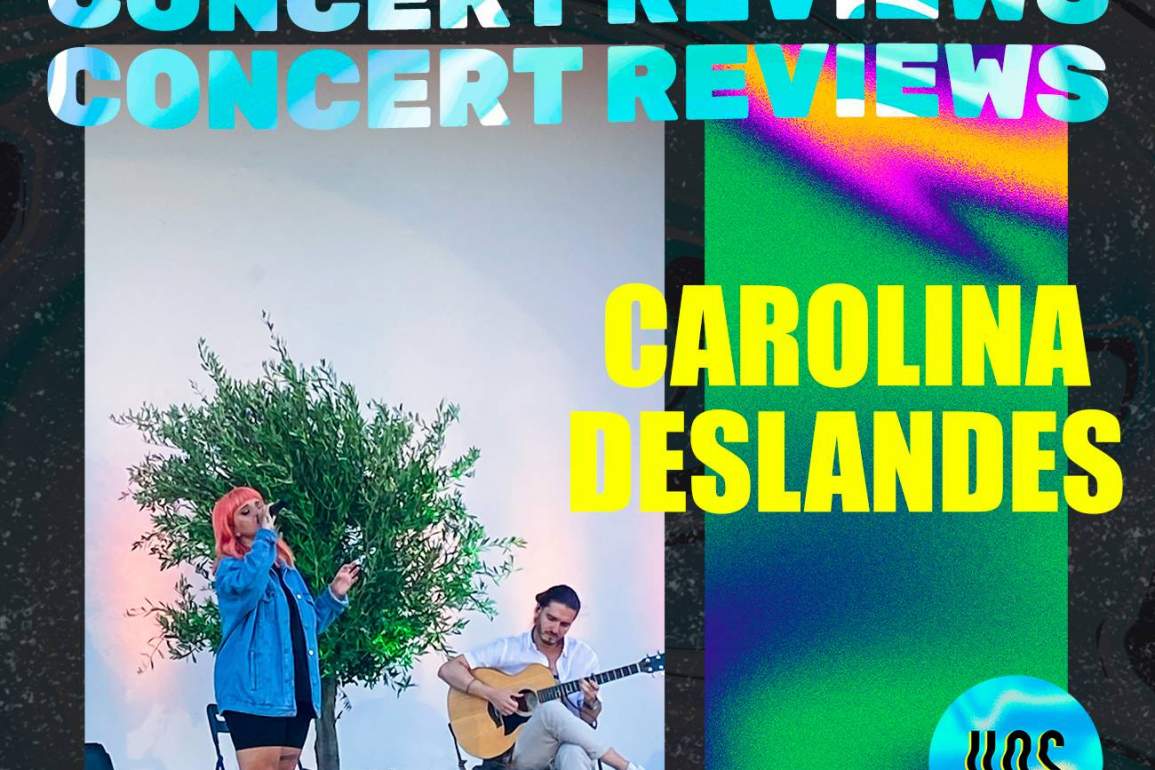 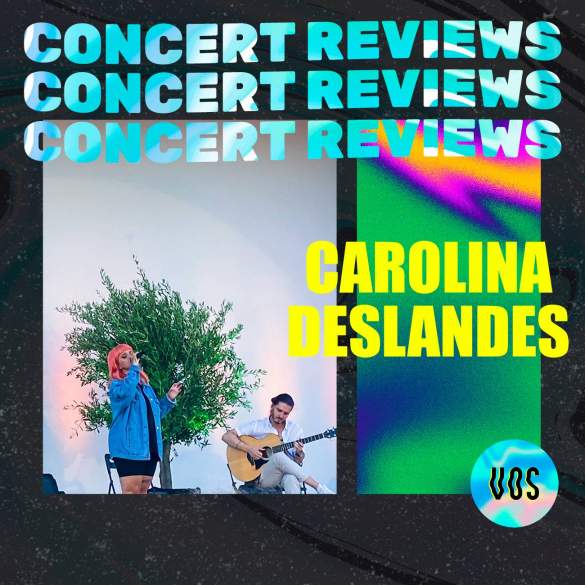 I honestly discovered Carolina Deslandes‘ music with the release of the EP Mulher (2020). I didn’t know about her previous discography or her fantastic collaboration with Jimmy P on the Mercúrio EP. So obviously, this was my first approach to the artists on such an intimate acoustic show.

The impression that I got from Carolina after the whole show is quite similar to my opinion of Gisela João, who I also saw live almost a month ago. Both are pretty natural and honest when interacting with the audience and talking about their life experiences, which turns the whole concert into a quite more worthy experience.

The whole setlist was a mix between her previous records, including tracks like “Don’t Let Me Down” with Jimmy P, “Leva-me a Casa” with Madalena Guedes and Rosa Antunes (from The Voice Kids), “Por Um Triz”, “Não Me Importo” and “A Vida Toda” among others.

But there was time to talk about the future and to show some new songs live for the first time in a long time. Carolina mentioned that all the tracks that she has written are more about sadness than happiness except for one. She wants to normalize sadness as a natural emotion with these new songs.

“Precipícios” and “A Paz” are two new tracks, which I must say both are pretty strong material with gorgeous melodies, at least on an acoustic arrangement. The second one will be a single after a surprise drops in September, which will set the beginning of a new era for Carolina.

It was almost two hours of concert among all the talking and quite funny interactions with the public. A memorable night; not all artists can survive an acoustic show successfully while showing versatility and personality like Carolina Deslandes did yesterday.

So exciting to hear the rest of the new material because she seems to be still reaching her peak as an artist, and it’s going to be explosive.

PS: To watch some videos from the show, check our Instagram or TikTok.