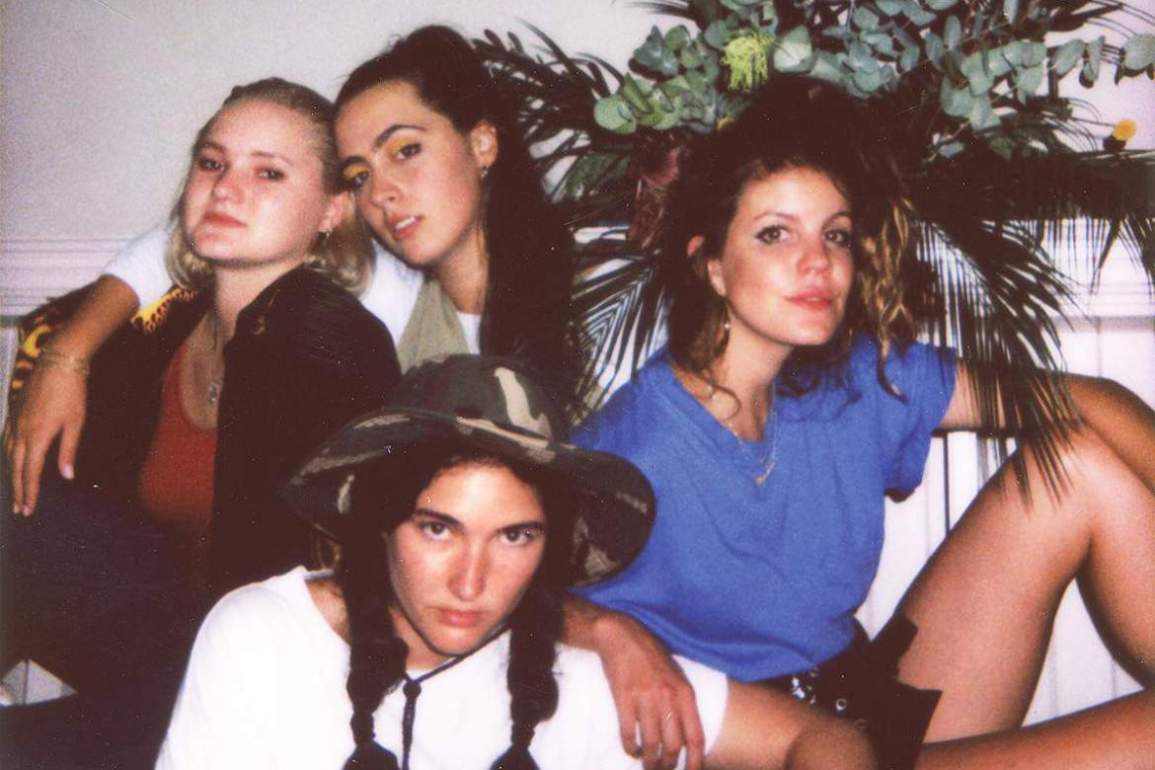 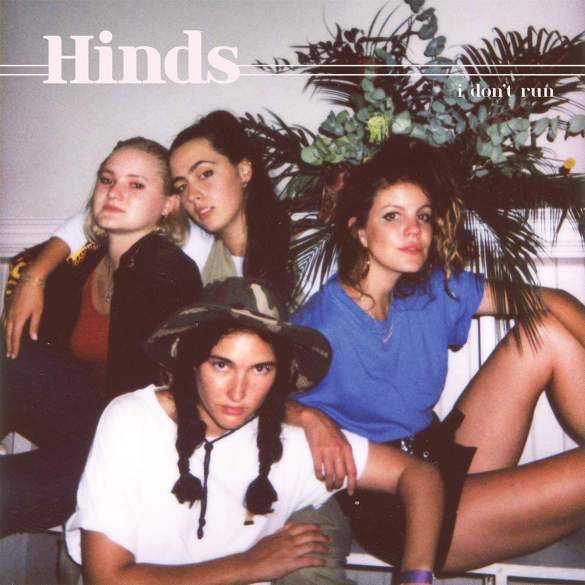 No, of course: Carlotta Cosials, Ana Perrote, Ade Martin and Amber Grimbergen aka Hinds indeed do not have to run away. Certainly not after their grudgingly choppy and merely refreshing debut “Leave Me Alone”, which saw the light of the otherwise rather masculine-dominated guitar band world in 2016.

And contrary to the title of the Girl Quartet of course not ignorance, but earned respect and rows of outstanding reviews. On the other hand, the ladies with hectic or uncoordinated movements would not have managed such a permissiveness dominated cover pose.

A pose that is not at all profound, but only self-confidently expresses what the foursome wants to tell the world on the difficult challenge of the second album: We are and will stay here, we’re not a one-hit wonder group, with a successful record about happiness, youth and indie rock’n’roll lifestyle.

On the contrary, the latter part of the recent band’s history was even the main inspiration for the songs on “I Do Not Run”, which is the subtext mostly draw from the experiences that Hinds have experienced on their world tour.

The single “New For You” with a football metaphor music video purposefully takes on the role of a women’s band in the middle of the men’s circus, but also expresses that the extreme situations of the last months, having to prove oneself, the alleged being cute, the partially smiled at and yes, even more, serious forms of everyday sexism, the four girlfriends welded together and each have formed for mature personalities.

They are in “To The Morning Light” sugary-cosy and sometimes as in the roaring “rookie” also gloriously over-turned Garagerock have Hinds over all the wild months luckily not filed. No, rather they have perfected him in places, so that the cheeky opener “The Club” with cool guitar solo and finely tared riffing turns out to be a kind of delicate influenced by The Doors or The-Strokes.

The following “Soberland“, however, guards the juvenile chaos of the first, here not only overturn the voices of the front tubes Cosials and Perrote, no, to the chorus, but it also seems a little as if the four ladies stretch their middle fingers around a single micro bellow. Amazing! Even the catchy tune “Tester” is a total liberation, in the anthemic chorus even sky high, and arranges a romance from the particular point of view: standing by and see where this test phase may develop.

“Finally Floating” is an almost adult rock song for Hinds, based on cleverly arranged verses, layering the chorus on the pre-refrain and accompanied by a colourful guitar solo also a certain musical serenity with which the Spaniards go to work on their second album.

But not in the sense of discouraged or even dull, no, instead, the primary fine piece is representative of a more serious frame, which arranges the chaotic of the four wild ladies. The juxtaposed with juvenile impulsivity balancing game between wild garage rock and odd surf-pop moments.

“I Do Not Run” is an unabashedly fun collection of pure garage-pop entertainment. But a clear indication of the maturity of Hinds and their unbeatable work ethic.

For the equally professional soundscape, no less than one of best indie-rock producers out there Gordon Raphael (The Strokes, Regina Spektor), who is responsible, for the well-rounded production of “I Do Not Run”. Yes, Hinds is of course still there, now even as “real” rock band.

The challenge has been pass with huge success. Whether the universe wants to them, decides album number three. Or better: what Hinds make of it.