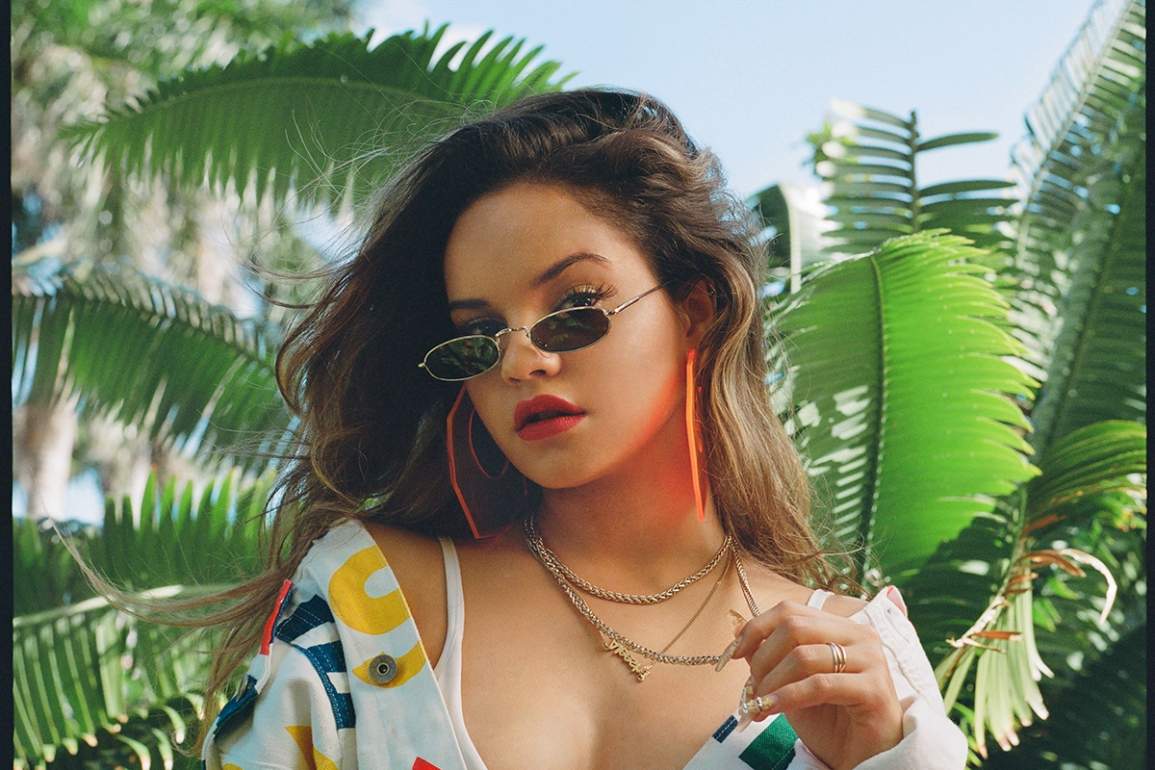 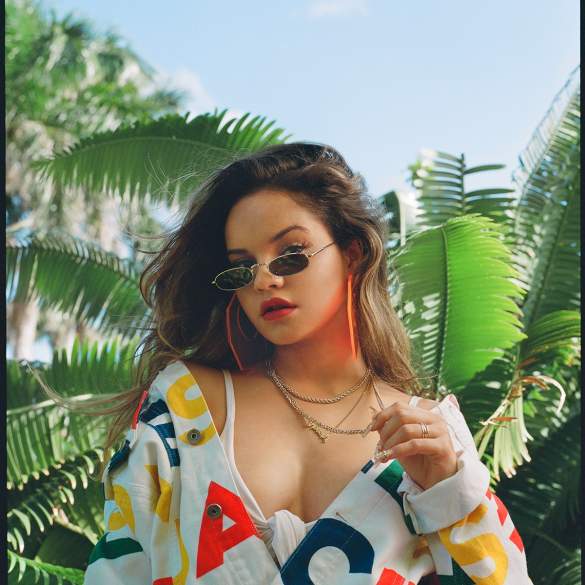 Urban music in Spain is living a golden era. The genre is having one of his best periods ever in the country, filling the charts and dominating the stream services and social media.

Aleesha is one of those artists who is slowly making a name on the Spanish’s urban music scene; recently she has released a video for “Si Tu Quieres”, one of the best songs included on her debut mixtape 19:19 and the reason why we decided to interview her.

She has already played on two of the biggest music festivals in Spain, and her career is just about to blow. So it’s a real pleasure to have the opportunity to chat with her about this fantastic year and the promising future.

They have compared you to Rihanna or Tinashe, plus the media has called you the “the great lady of the nu-R&B”. How do you react to these comparisons and praising? Do you feel more pressure because of that?

I remember the first big interview I ever got I was so excited when I was doing it, but then a week later when it was released I was so disappointed because the title of the article was “the new Rihanna”. You see, she is one of my all-time favourite artists and I have been inspired by her since a young child. But, I do not want to be the “next” her. There will never be 2 Rihanna’s. The same as there will never be 2 me’s.

I don’t feel pressure from being spoken about highly if it is the right sense. If anything it’s just a little irritating when they put you on a pedestal on something totally wrong to what you’re doing. It just makes you question if they actually do any research about you at all before writing it.

Your debut mixtape 19:19 includes nine songs that were written and produced on a month on the United States. How was that intense experience of creating a record in such a short time? Are you happy with the reception of the album among the public?

It definitely was a struggle to get the songs done in such a short period of time. Also because initially, the idea for the album was that I wanted almost every song to be upbeat, but it just didn’t match my emotions, and what I was feeling at the time, so I just went with the flow.

I am very proud of the work we did. I learnt a lot from the whole experience, and I loved working with D.clax & Dariowav. It was a good trip for me, career-wise and personally.

I am happy with the response even though you can always hope for more.

This summer you have played on two of the most essential and well-known festival not only in Spain but also internationally; Primavera Sound (Primavera a la Ciutat) and Sonar. Both must have been a mind-blowing experience, no? How did you prepare yourself and the staging (visuals, choreography…) for those two specials shows?

Performing at these two festivals was a major moment for me. Especially keeping in mind that a year before these performances, I had stage fright.

I really wanted to let everyone know that I am here to stay. That nothing can hold me back. I will deal with whatever comes in my way, and I overcome it.
We did months of preparation, especially with the choreography. My dancers, Ámbar & Shee are amazing, and I love working with them. I can’t wait for everyone to see what we have coming next in 2020!

There is a vast number of urban artists in Spanish that currently leading the way with their work. People like Bad Gyal, La Zowi, C.Tangana, Juicy Bae (who appears on your latest video) among others are putting the country on the top of the urban scene. What are your biggest musical influences? Why do you think urban/trap music is starting to become a mainstream genre in Spain?

My main influences for young me came initially from jazz, blues and R&B. Aretha Franklin, Sam Cooke, Whitney Houston, Amy Winehouse, Lauryn Hill, Lionel Richie… those are the first artists that I remember really listening to.

From there it went to Alicia Keys, Beyonce, Rihanna, Chris Brown, All Saints, Jason DeRulo, Jordin Sparks, Jennifer Hudson, jls, Lil Wayne, and I could go on for hours.
I think it was only a matter of time before Spain started their movement, it was necessary, and it sure is happening. It is a very good moment for Spanish music.

Although the song “Si Tu Quieres” was already part of 19:19 The Movie that accompanied your debut mixtape, you have recently released a video for it. Why did you choose this song to have a full video treatment? Are any more music video planning for the tracks of the 19:19?

I chose to do the video for “si tu quieres” because it’s one of my favourite songs on the mixtape. Also, it’s a song that meant a lot for me at the time and I feel like I’m over it now, so I felt it was also a good way for me to close that page. A lot of times the way I put out music or do many of the things the way I do it’s for personal healing. It always means something to me.

We are almost in 2020. What is your reflection and thoughts about your 2019? Can we expect some new music and maybe a new mixtape for the next year?

2019 was a great year for me! I am so thankful and grateful for all the opportunities and people I have met by living this experience. All I can say is that 2020 Aleesha has it all planned out now. She knows what she’s doing and where she’s heading more than ever.

That is such a hard one for me, but I think I’m going to have to go with “ANTI” by Rihanna. Masterpiece.

I just want people to feel. Vibe out with my music or don’t. I’m tired of there having to be so many “rules” on music. How you should feel, how you should be, how it should sound, etc… Music is an art, and as an artist, I just want you to enjoy. No questions asked.