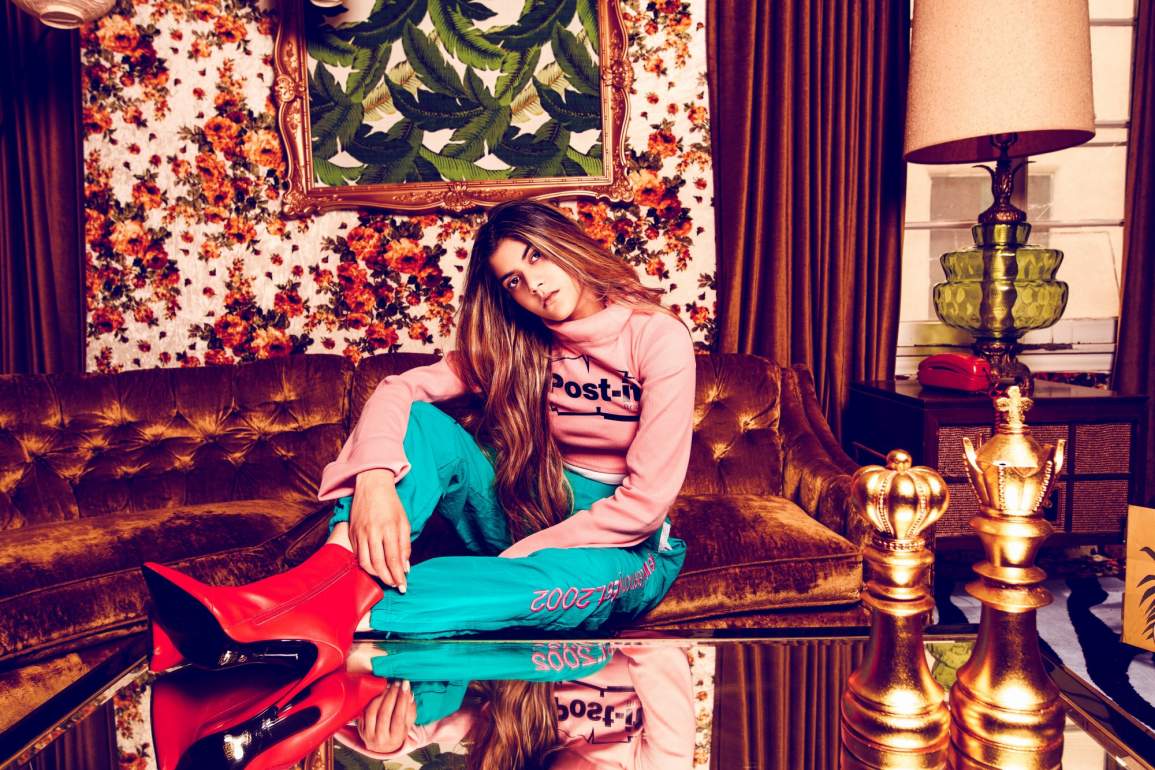 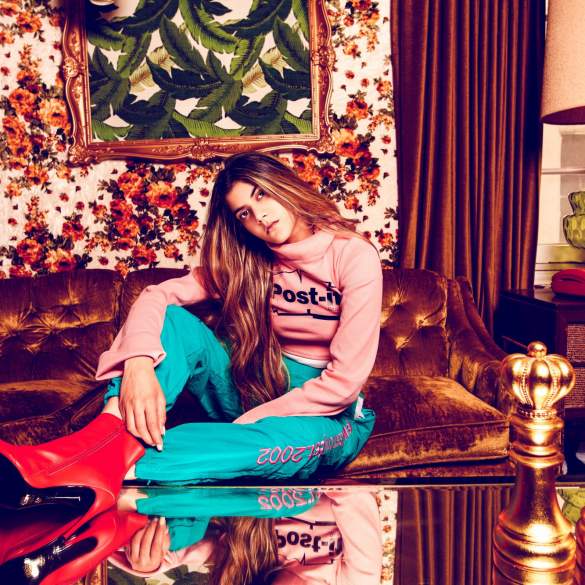 We’re back with our interviews after a few months of silence, and it’s a real pleasure to restart this section with a rising star like Ananya Birla.

She’s totally shaking up the game with her singles, being the first the first Indian artist singing in English to go Platinum in India and working with two huge record labels like Universal and Island Records UK.

Ananya is also committed to social problems like mental health, she’s a living example that her generation is going to use their power and influence to change the world for the better.

Enjoy this wonderful interview below:

Your music is having such a great response, with your latest single ‘Circles’ being certified platinum significantly soon and so many plays on streaming services and more. How do you feel about it? Do you care about success?

I’m so happy that people are enjoying my music, and grateful for all the support which I have received since I launched my first single. It has been such a rollercoaster, and I am loving every second. To go platinum not just once, but three times is a massive honour.

I am incredibly lucky to be able to do what I love every single day.  I would still be doing it even if I was playing in the same grunge-y bars around London as I was when I started out, but that people are enjoying what I am putting out makes it 100x better.

What role does India play in your music?

I am influenced by all the places I go. When I am working in Atlanta, I sample a lot of hip hop, in LA and London my sound is more upbeat and poppy. When I am in Oslo, which is where I’ve been doing some stuff with Mood Melodies I tend to do my best writing. I was there in January and there is something about the moody, natural beauty of the place that is incredibly conducive to creativity.

India though is a part of my soul. It is impossible not to be influenced by it, the intensity of the sights, sounds and smells is totally unique. When my friends from the US come and visit, they are totally blown away.

When I’m back home, I love nothing more than disappearing out on my own on an adventure and finding a quiet place to work on a track. Ideally somewhere deep in the countryside or by the river in Rishikesh, which is where the Beatles wrote some of their best music.

More and more I am incorporating Indian elements in my work. In the acoustic version of Circles, which I just put out, we used traditional Indian drums called Tabla.

You mentioned in a few interviews that there is so much undiscovered talent back home that deserves to be heard. Can you suggest a few of your favourite Indian singers?

There’s really exciting music coming out back home, especially in the indie scene. I love Parekh & Singh, they have this totally unique sound and a really cool vibe – they look like they stepped out of a Wes Anderson movie.  Aditi Ramesh is great too, she fuses traditional Indian sounds with jazz and has a voice that will blow you away.

I am a big believer that music is a global language that can connect with people no matter who they are or where they are from in the world. We have seen artists from South America and Korea break it on the global stage and I think we will be seeing a load of artists coming out of India in the next few years.

When I was invited in to pitch to Universal in Mumbai, I have never been more nervous in my life! They had heard some of the stuff which I had worked on when I was a student in London and wanted me to come and play to them. I don’t think I slept at all that week, just constantly practicing.

After I got over my nerves, the pitch went well. I was so happy when they called me later on to say they were on-board.

I know some musicians who have had issues with their labels, but I have nothing but good things to say about Universal and Island.

What’s your main purpose with your music? And how would you describe your sound?

Growing up, I was always a little bit shy, I liked to be in my own thoughts quite a lot. I always had close friends but was never one for big groups. I was writing poems a lot, and I started writing songs when I was a teenager, that really helped me to open up and express myself.

I try to be as authentic as possible with my music because that is the best way to connect with people, which is the most important thing for me. Audiences can sense when music comes from the heart.  I also try to make it about things we all go through: love, heartbreak, loneliness, friendship, trying to fit in, that kind of stuff.

Nothing in the world makes me happier than when I get a message from a fan who says that they engaged with something in my music and that it made something that they are going through a little bit easier.

What’s the hardest of being a musician?

Writing music means making yourself vulnerable to the world which can be extremely daunting. That’s definitely the hardest. Of course there is also the aspect of dealing with criticism comes with the territory but it is one of the most difficult hurdles to overcome. Not everyone will like what you create and that can derail your motivation. It is important to remind yourself that everything creative and artistic is subjective, everyone is entitled to their opinion and I’m confident that my fans will find me.

In the future, what can be expected from your music in the future? Maybe an EP or a mini-album? A tour?

I have a new track out in November, it is a little different to Circles and has more of a dance vibe. Then the EP is out at the beginning of next year. I’m heading to LA and Atlanta over the next couple of weeks to finish things up.

After the EP is out, then it is all about getting out there and doing more gigs. I absolutely love performing live – it’s the best feeling in the world! Even if it was just 20 people in the audience, I would gladly go out and do my best because for me, seeing people’s mood shifting as they vibe with my music is the most satisfying thing.

Can we talk about women empowerment in the music industry? What are you main female references in this business? Did you ever feel underestimated for being a female musician?

There are lots of things that need to be addressed in the music industry. Especially for women with many still experiencing harassment and exploitation. It has been inspiring to see some of my childhood heroes like Lady Gaga, Taylor Swift and Kesha, who have achieved so much professionally, talking about it. It is really risky for them to open up, especially with so many young devoted fans. But it is a reminder that we all have an incredibly powerful weapon in our voice. If you’re experiencing something you should voice it. Because everyone’s voice matters.

I’ve been very lucky not to have been exposed to people underestimating me because I am a woman. When I started out, I think people wanted to push me in directions which maybe I didn’t think I was best suited for, but that is likely because I was a fresh artist then. My advice for anyone entering the industry is to be true to themselves. Not to change or do anything that they do not believe is right, for anyone. It is a tough world.

How do you deal with criticism that is associated with your family name?

I understand why people might jump to conclusions about me. I am incredibly lucky to have had the support that I have had in my life but growing up came with all the usual emotional and social complexities, and I felt the pressure of expectations coming at me from different directions. Working out who you are and what makes you happy is not a simple task for most people, and I’m no different.

You’re pretty much involved on many social initiatives. Can you tell us a little bit more about MPower and your recent involvement with Global Citizen to support Mental Health Awareness Month?

I battled against anxiety and panic attacks whilst I was at university and found it difficult to reach out for help. I was nervous that people would undermine my abilities. I witnessed first-hand the self-defeating results of putting yourself under too much pressure to succeed.

When I returned to India, the issues around addressing mental health became even more evident. It is still a topic that people aren’t that vocal about and feel the need to hide from society. As a result, suicide and depression rates continue to go up and there aren’t enough people to help. The situation is bad all over the world, but the degree to which Indians have to suffer silently is alarming. I read the other day that someone attempts suicide every 3 seconds back home.

We started MPower to make it easier for people to get help and to address the lack of awareness and awful stigma.

The Global Citizen piece was great. They were launching their platform in India and wanted to shed light on something that was not just relatable to people there, but to their audience around the world.  They led with a picture of me holding up a sign saying, ‘It’s ok not to be ok’. It is a message we use a lot to try to encourage people to view mental illness in the same way they view physical illness.

Three things that you would like to change immediately in this convulse world that we’re are living today?

Stamp out the stigma around mental health

Equal opportunities for women and girls

For people to be free to express themselves in whatever ways they feel empowering and authentic as individuals.

What are your goals not only musically but personally for the rest of the year and 2019?

I see myself continuing to follow my dreams and leveraging my passions to hopefully make the world a better place. I know it sounds cliché but I just hope that I continue to do what I love, that I’m happy, and that I bring some joy to other peoples’ lives as well.

And the last question. What’s the most important thing you’d want to tell people about you?

Making music a career and not just a hobby was really challenging. I was studying economics at the time, and I think because of that there was an expectation to do something more conventional. I was also terrified that I would fail at the thing I loved more than anything.

Today, I am so happy that I made the leap in to music. I know how lucky I am to wake up every day and do the things I love. I hope to encourage people to realise that they too can break down barriers and stereotypes, follow their passions and do the things which spark a fire in their soul.