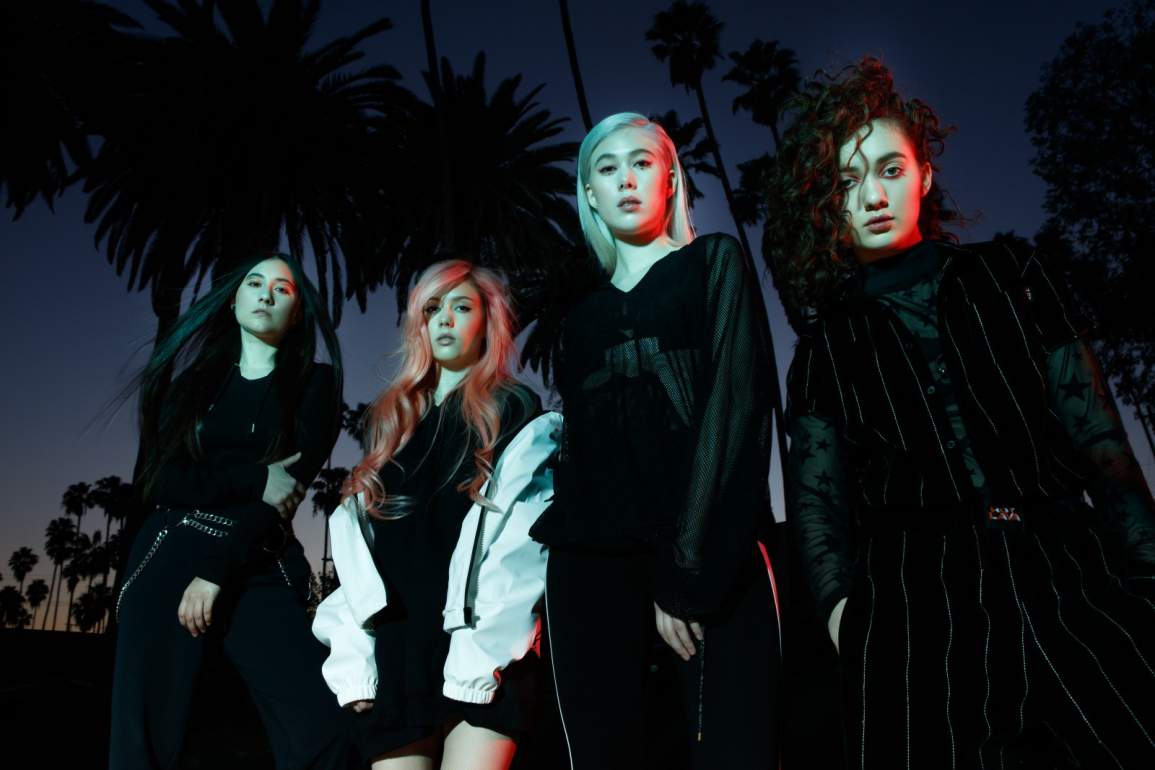 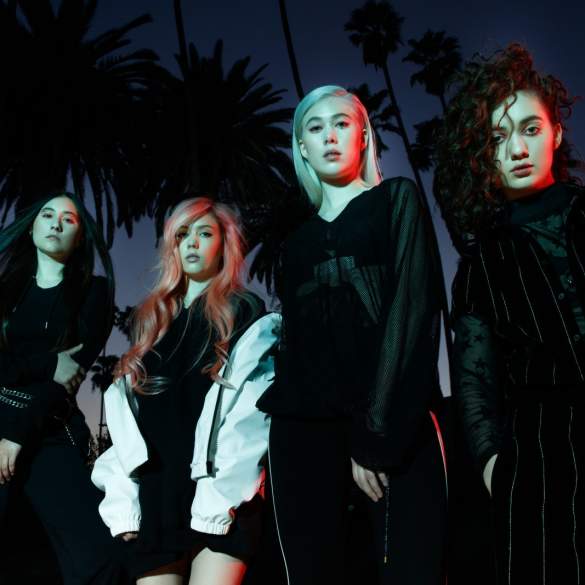 Crimson Apple is in the middle of a musical rebirth with their new single ‘Somebody’ and a forthcoming EP coming out this Spring.

I spoke with them about their biggest challenges, work ethic, the new sound and what they want to achieve in the future years with their music — a whole conversation where we also talk about today’s male-dominated industry.

After this interview you’ll put Crimson Apple on your radar forever.

How would you all describe Crimson Apple?

Crimson Apple is a pop-alternative band of four sisters from Hawaii. We would describe our music as cinematic, dark pop with relatable themes.

What is it like being a group of sisters in today’s male-dominated music industry?

We’ve definitely had our struggles being an all-girl band in the music industry. Fortunately, we’ve been able to work with and surround ourselves with a team of strong, successful women who have been an inspiration to us in this male-dominated industry.

What was the biggest challenge that Crimson Apple had to face as a group since your debut?

One of our biggest challenges has been moving from our home in Hawaii to pursue our dream in Los Angeles.

I have heard that you all spent six days a week rehearsing, writing new songs and mostly working on improving any aspect related to your music ability and Crimson Apple. What are your main goals for Crimson Apple in the years to come?

We definitely keep a tight schedule for the band as we are all very ambitious and recognize the amount of work that goes into reaching our goals. Our goal is to continue to support ourselves doing what we love, travel to as many places as we can, and share our music and message.

Your latest release “Somebody” is such a catchy, massive American-pop and Japanese rock-influenced anthem. Can you tell us about the creation process of the track and working with Japanese producer Satoru Hiraide?

It started with a co-writing session in Japan. It was a really unique situation because there was a language barrier, but we were able to communicate through the music. It was really cool for us working with Satoru, not only because we’ve always admired his work, but also because we got to experience a new perspective on both production and melodies. After the initial writing session in Japan, the band wrote the lyrics and worked on arranging the song. From there we sent the song back and forth, between Japan and L.A., sharing ideas and completing the song.

It’s been almost 4 years since the release of your debut album Hello. How have you all changed in these four years? Can you tell us something about Crimson Apple’s upcoming music and plans?

Our sound has changed immensely in the past four years. When we released Hello, we were all still essentially kids. That album really represented our growth at that time and the beginning phase of our band. Since then, we have all grown so much as people and as musicians. One thing that really influenced our new sound was moving to L.A. and being surrounded by so many different sounds and experiences. We are so excited to be releasing an EP at the end of spring. This album represents a rebirth of Crimson Apple. We can’t wait for everyone to hear our new sound.

If you all could only listen to one album for the rest of your life, what it would be?

Colby: Elevator by Hot Hot Heat
Shelby: The Harry Potter and the Sorcerer’s Stone (Motion Picture Soundtrack) by John Wiliams
Carthi: Wiped Out! by The Neighbourhood
Faith: De-Loused in the Comatorium by The Mars Volta

As a we’d like to be a positive force in the world. We aim to be honest and open with our music and we want it to resonate with people who are just like us.