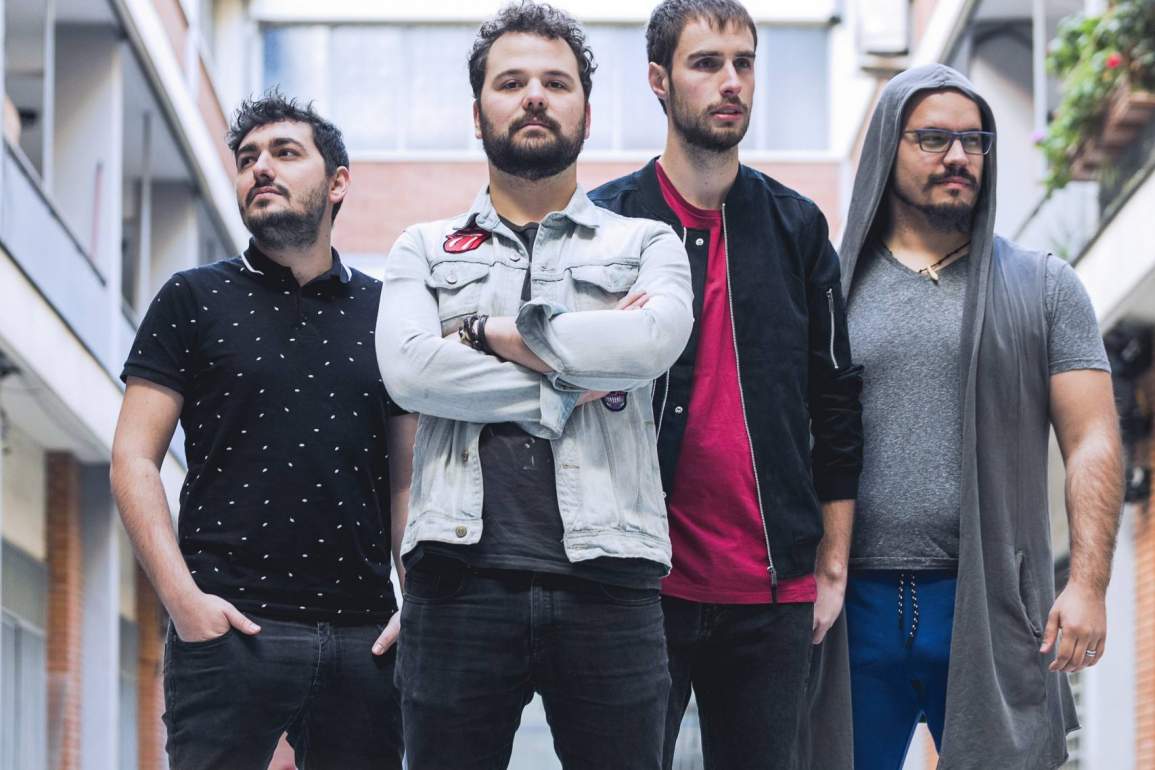 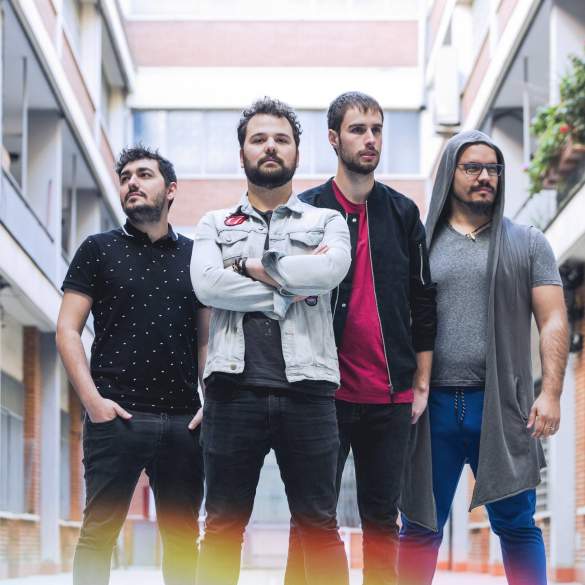 Gotelé was founded in mid-2010, when four childhood friends gathered around the idea of expressing feelings and emotions from everyday experiences and, above all, with the aim of enjoying music. Since then, his nonconformity and his hunger to reach higher peaks have resulted in a constant evolution of their identity. Gotelé has a direct style, without any filters: music in Spanish, without a particular style, something that for them is a matter of spirit. The intention is to tell things in the best possible way: transmitting with their music.

Now they’re in the middle of a tour promoting their latest album ‘Vertical’ (2018), which is why we decided to have a little chat with this incredible group. Enjoy it below:

For those people who are going to meet you through this interview, what is the story behind the name of Gotelé?

The band was born in a group of friends dedicated to various disciplines of art. Gotelé was the name of a short that we made and in which one of the friends sadly passed away. Defines a bit the philosophy of the band that always seeks the positive part of all things even if they do not see themselves a priori, that “Despite everything I’m not so bad…”. Gotelé is a banner of friendship and to take off the head even in the most challenging moments.

On March 16, your third album and first LP, ‘Vertical’, was released. How is the reception being?

The truth is that it is having a brutal reception, both the live broadcaster and the album itself. It is working very well, and we are super happy about it.

What is the main difference that we can find between the Gotelé of ‘Las Cubas’ and the one of ‘Vertical’?

A part of the evidence of duration, (‘Las Cubas’ is an EP and ‘Vertical’ an LP). ‘Las Cubas’ was a work of several epochs, songs composed and produced in different time and compiled in a disc of 5 songs. In ‘Vertical’ the subjects worked practically from zero and at the same time. Also this time we have produced every detail of the tracks even if it was not necessarily from the instrument itself. Although the basis of the composition is still mine in this album, we have been all participants of everything. In ‘Vertical’ we have also included the production of Gato (Izal), and it has been decisive. A guy with a lot of experience and whose care, work and respect for this profession is impeccable.

‘Vertical’ is a more powerful, more energetic, less intimate, almost fabricated concept to make a direct hit. What is certain is that the fact of working with José Caballero and returning to the Neo winery has made the two discs have a very special colour and feeling.

For the production of ‘Vertical’, you have had Gato (Emmanuel Pérez), from Izal. What has brought you face to take the great leap with this album? How was the recording process?

Well as I said is a person with great respect for this profession and take care of each note with great care. One thing that we look for in Gotelé is to work with people who are one more of the project and with Gato, as with José Caballero, it becomes very easy. Gato is a person who proposes instead of imposing, and that for creative processes is fundamental, he looks for new ways, and he has known how to get the best out of us. It has been oxygen at all times.

The recording was perhaps the easiest part, José has a magic that makes you forget the pressure that the studio often has. There is a lot of feeling, and it makes everything much easier.

‘Vertical’ is a record full of energy and attitude, what is the reason for this even more rocky turn?

We do not usually obsess with the final result of the songs, but it is true that Vertical was almost ready to do a live show with prepared. Respond to a need of the moment, we wanted to make ten cuts with punch and push, and I think we hit the key.

Juanma Samusenko has been in charge of making the art of the album and promotional materials for ‘Vertical’, how did you get there? Why this style so bucolic and full of clouds?

It was almost by chance, a pretty coincidence. When we looked for the name of the album we realised that there were words that were repeated, rain, clouds, storm, jump, risk … looking for giving us his works, and it turns out that he has a small obsession with the clouds and we thought that they fit the perfection. He had also worked with Izal. Juanma is a guy with an exquisite sensitivity and a seriousness working enviable. I believe it has been a reasonable sum for the project. He is an exceptional guy.

How was the presentation of ‘Vertical’ last May 18 at the Siroco hall in Madrid? How does the public react to the new songs?

Incredible, Madrid never disappoints, his response was once again, exemplary, we enjoyed as we had not enjoyed for a long time. From the first minute, they were on top, a room full of people leaving their voices in every word. It was proof that we are not so crazy after all. We were lucky to share it with good teammates, Fito and Xavi de Siloé and Sergio de Canard.

Your favourite song on the album?

We could not choose only one; we have all given birth to an endless amount of love. Yes, there is a theme that is very special for us, because of the added emotional charge. In ‘Se Busca’, the daughters of José Caballero gave us one of the best moments of the recording and the one that I remember with more affection. They sang loudly ‘No Sin Valor’ at the end of the song, and it was something that gave meaning to the whole song closed in an impeccable way. We also had the great luck that our family in Aranda added their voices to ours in the chorus. My hair is still standing on end. That’s what we wanted real voices saying things really, and with the sincerity of a child.

What else can we expect from Gotelé for the remainder of 2018?

The idea is not to stop until the middle of next year. We are finishing the first part of the tour, we started in April, and we have not stopped yet. We have insight, the Palo de Polo Festival, the Sonorama, we will open the concert of Sidecars in the Castillo de Arenas de San Pedro … We have almost closed the second part of the tour from September to December, which we will launch in a little bit together with some more surprise Gotelé is not going to stop.

Are you more streaming or physical formats?

Each one has its lace; they are different ways of enjoying music, neither better nor worse, completely different. One perhaps more intimate and another less, but both are revealing.