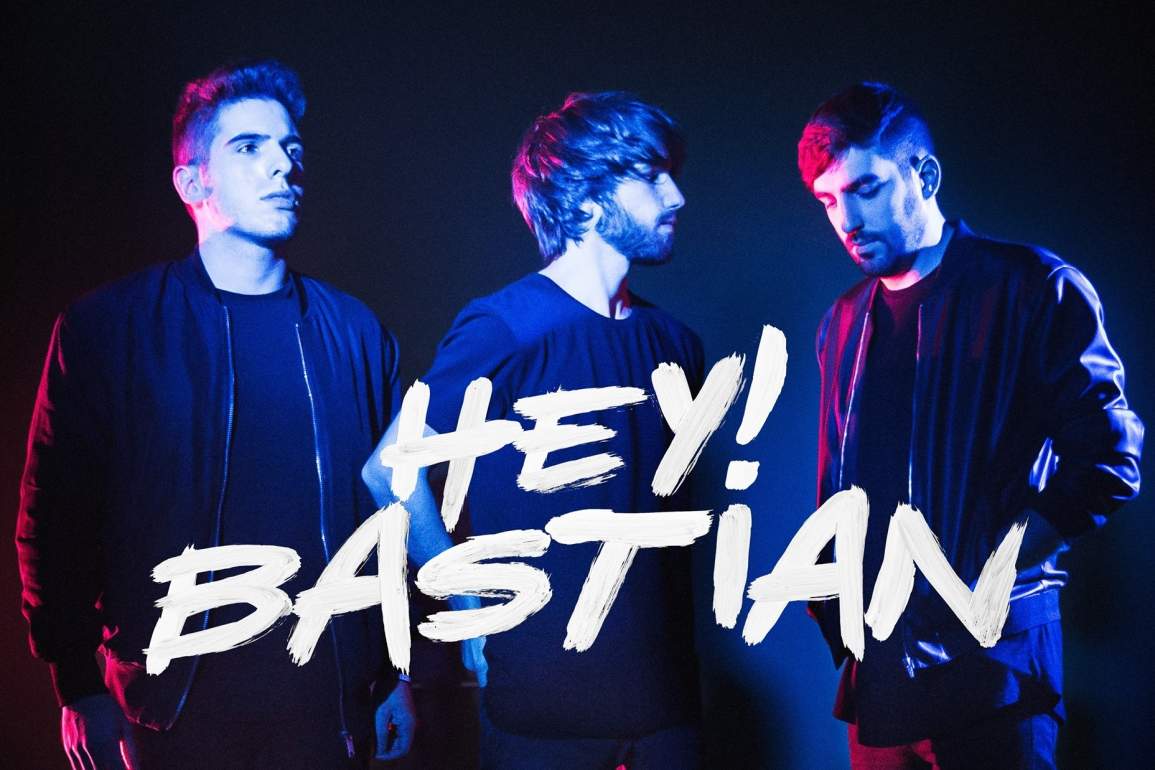 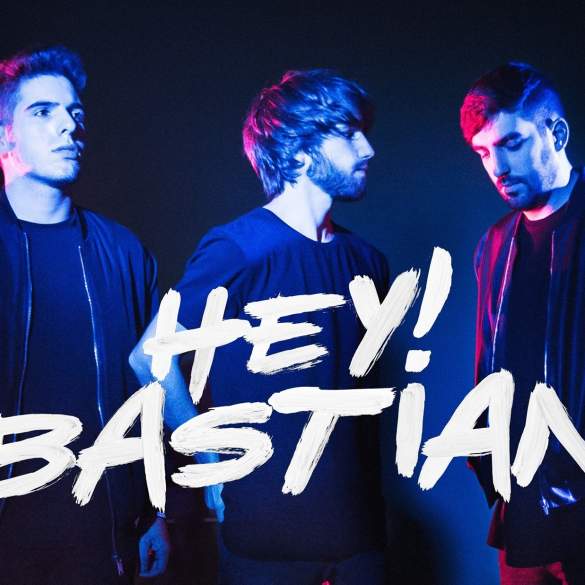 Almost two months after the release of their debut album ‘Millennials’, Hey! Bastian took some time to answer our questions and told us a little bit more about their music, how they are as a band and their promising plans for the future.

Good!! Well, the truth is that is going great, at the moment the people love the album, we are moving a lot through Madrid, Barcelona, our city Pamplona and surroundings. Let’s hope it lasts, haha.

For those people who are meeting you for the first time through this interview who are Hey! Bastian?

Hey! Bastian could it be said that it is a group of danceable Indie electronic without nonsense, we are 3 crazy persons about music, we come from different projects, Pablo and Javitxu from Dreaming for a Day, and I, Eneko, from Dawn of the Maya. We got together to do what we wanted at this time, something that let us disinvent, have fun and enjoy music again in all areas.

The project Hey! Bastian saw the light a few months ago, but in previous interviews, you mentioned that you have been working on this project for more than two years, did you find it hard to find your sound? How did you feel while working on this album?

The truth is that we have been working on this for so long, because contrary to what it may seem, it is not that we didn’t know what we wanted, but that we were so clear about our ideas, that what was difficult for us was to look exactly for what we had in our heads. It is exactly what we were looking for, and we are totally happy, although, on the other hand, the mental and physical exhaustion and tear have been insane… of course. There have been many moments of frustration and others of light and clarity, and I think that in the end it is reflected in the album.

How did the idea of naming the album ‘Millennials’ come about?

It was a bit like it seemed obvious to us that it had to be called like that, haha, it was more difficult for us to choose the name of the group than the one on the album. We are the Millennial generation, it can be funny or sad, but someone named us those born between 80 and 99. We thought it was funny to play with that concept, since this is what we are and this is what we do. If you listen to the record, you’ll understand.

Do you have a role assigned to each one within the group or do you all collaborate a little with the productions, lyrics, etc.?

The truth is that the lyrics (at the moment) are a thing of Javitxu and Pablo, since the songs were already being created when they were still Dreaming for a Day, it was then with my input when we wanted to transform everything and give another air to the whole project.

From there we have each taken a role naturally, Pablo works in a very billet recording studio in Madrid, Metropol (before, Manufacturas Sonoras) so obviously he has been responsible for the recording and mixing of album, Javitxu is a graphic designer so all the artwork, although we all contributed ideas of how we wanted to show us, he runs on his own, from the album itself to the design of social media or concert posters.

I dedicate myself more to the tasks of Management, I am the old man of the group, so I have a little more experience in that field, haha, I also dedicate myself more thoroughly to the topic of social media and the audiovisual one. What to do and how to do it, worse we go, of course, we all think of everything and collaborate in the field of others, in the end, we are the three, and all the people around us, are in the same boat.

What is the central theme of ‘Millennials’?

Literally, the title of the album is the theme. We speak of the fears of this generation, of the frustrations, but also of the goals, and what goes through the brain of all of us, we tell the bitterest things in a very funny way and with rhythms that make you dance. Because in the end we are all living like this, fucked up inside, but wanting to have fun and disconnect.

What song of ‘Millennials’ do you feel most proud of?

It is curious that there is not a song that is the favourite track of the three, and the closest people do not coincide either, it is not that there is a HIT and then the rest of the album. Some of us like more one and others like more others tracks. We are proud of the whole set, how the songs fit with each other, and what they contribute to each other.

How has been the reception of the record in these almost two months of life?

The truth is that for a group so “small” and with a short life, we are freaking out with the reception, we are getting calls from cities to go there to play, we are closing dates for after summer. In these days it is difficult for that to happen, it is quite curious, and it makes us very happy. There is a very good response!

For all those who want to see Hey! Bastian in concert this summer, where they can see you guys?

Well, this summer we’re going to take it as “office”, haha, closing things up after summer, a couple of tours around the country and abroad, and festivals for the summer of 2019.

At the moment we have June 1st in Barcelona, at the Boveda, on June 9th in Madrid at the El Perro de la Parte de Atrás del Coche and in Valencia on June 23th, at the Magazine. After summer we will announce 10 or 12 dates for the main cities of Spain.

What goals does Hey! Bastian have for the rest of 2018?

As I said, play through the most important cities of the country and prepare 2019, which will be very very huge.

An artist and a fundamental disc in your life?

We each have our own tastes, and we listen to very diverse genres, from pop to punk or metal. But what we have in common for Hey! Bastian are groups like Wombats, Two Door Cinema Club, Chvrches, Satellite Stories…, very Anglo-Saxon sound, only that we do it in Spanish.

Are you more of Streaming or Physical formats?

Javitxu is a geek of the physical formats but in general, we are more of Streaming, more and more, unfortunately. We would like it not to be like that, but we can not control or force, haha. The truth is that it is more comfortable, and you have almost all the music in the world, at nearly every time, nothing can compete against it, no matter how fan you are of the vinyl.

‘Millennials’ is now available on every streaming platforms and Hey! Bastian official store.