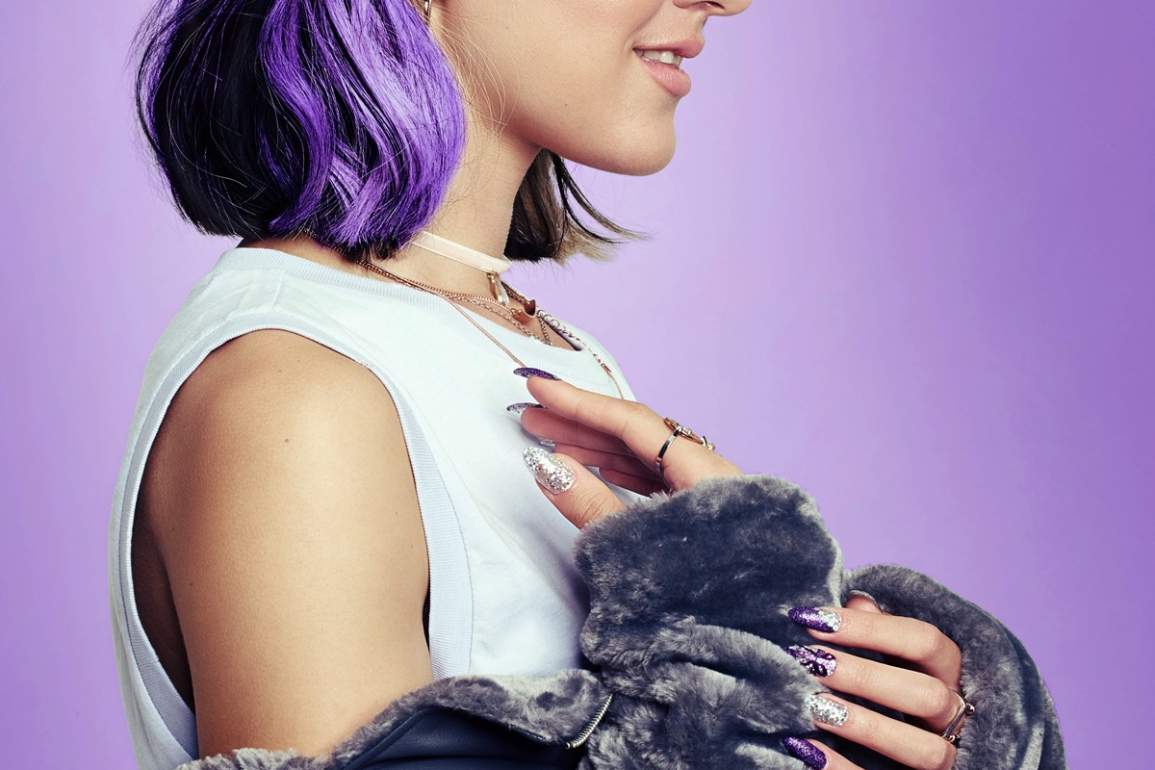 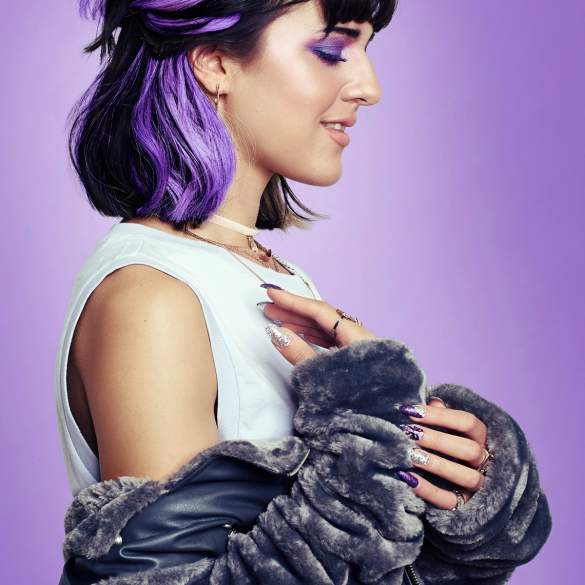 Hi Jazz, thank you for answer our questions! How are you doing?

Yeah, I’m great thanks, excited as I’m releasing an acoustic version of my single, “Together In Electric Dreams” this Friday 9th! I’m also very pleased as I’m currently doing the 30-day squat challenge and I’ve managed to survive the first week haha!

For those who didn’t read our Introducing feature about you; can you introduce yourself, please?

Hey everyone! My name is Jazz Mino, and I’m an electro-pop artist living in London, most known for my covers of “Crush” (Jennifer Paige), and “Together In Electric Dreams” (Phil Oakey). I love dogs and running and playing Pokemon and hate being cold, being allergic to dairy and when people do mean shit for no reason.

Your latest single “Together In Electric Dreams” has been played almost 200.000 times on Spotify. How does it feel?

It’s actually just jumped to 220K streams in the past couple of days! It’s a pretty amazing feeling, “Together In Electric Dreams” is my favourite song that I’ve released so far, so it means a that it’s really connecting with my fans too.

This is the third song of your colour changing campaign. So what was the inspiration behind this idea of the colours?

So last year I was thinking about doing an album, but then I decided I wanted to do a series of singles to promote things which I really believe in, such as equality and looking after your mental health. So each song I’ve released is based on a topic around those themes and has a corresponding colour. I’m really enjoying it cause it goes with my belief that there’s more than one side to a person, and that everybody is unique, special and different in their own way.

Do you feel it’s important for artists to promote positive messages through music? Don’t you think that some big artists use that as a marketing tool to increase their images on media and improve their reputation falsely?

I think all artists are different, and they should totally do what feels right for them. For me, I’m naturally quite a positive person so I think this reflects in what I write and sing about. As for other artists using it as a marketing tool – I suppose you couldn’t say that anybody is being false unless you truly know them as a person. I feel like everybody is talking about feminism and body confidence at the moment but to be honest I think regardless of whether influencers have or haven’t had personal experiences which trigger these topics – Talking and raising as much awareness as much as possible can only bring good.

What’s your favourite part of the recording process?

Ooh, that’s a difficult question! I think the first few hours of being in the studio, where I take my demo to my producer and he just brings all of my ideas to life. I think it’s so hard to find a producer that gets your vibe and I really think I’ve found that lately; I feel very lucky.

You’re now living in London; what things of London inspires you the most?

I really love living in London. I think the best part is that there is just so much to see and you just never know who you’re gonna meet or what’s going to happen. It’s all very exciting. Last year I used to busk a lot on the London Underground and Austin Daboh from Spotify heard me singing my song Crush. He put it in Spotify’s “Chilled Pop Hits” playlist, and since then it’s hit number 5 in the UK Club Charts and I just released my new single, “Together In Electric Dreams” with Humble Angel Records. It’s all a bit crazy, to be honest, but I’m loving every second.

What else is happening Jazz Mino´s career this 2018?

Well, I’m currently in the middle of a UK School & College tour, doing mini-concerts and talking about my personal battle overcoming anxiety, which is really rewarding, and I might also have a few more songs to release before 2018 it out 😉

What was the spark that ignited your interest music? Or it was an innate interest?

I’ve always loved singing and writing songs really, but I knew I had to try my best to make it when Amy Winehouse heard me singing in Camden. After the gig, she stopped me, told me how amazing I was and to never let anything get in the way of me reaching my dreams. So I didn’t and it’s the best decision I ever made.

Who are your favourite artists of all time? And your most played song lately?

Of all time? HARD QUESTION. Right now, EASY! I have absolutely fallen in love with Rae Morris and her song “Atletico”, it is just so beautiful. For those that have joined Vero, I’ve actually just posted a cover of Atletico over there! As for favourite artists of all time, I love Sigala, Freddie Mercury, Anne-Marie, Felix Jaehn, Sigrid and ALMA is also a bit of a legend. There’s way more though. Way, way more!!

Can you please tell us one anecdote from your time in music?

Damn it. I’ve used my favourite ones already. I’m gonna pick Austin Daboh hearing me sing whilst I was busking; because he literally changed my life as a musician.

And the last question what do you prefer, physical formats or streaming?

I’m all about the streaming!! I love Spotify so I guess that’s what I push most when I release my own music too. Their recommended playlists have allowed me to discover so many amazing artists that I’d otherwise never have heard of, and also helped so many fans discover me as an artist. I actually have a Spotify playlist called ‘In My Head’ where I post all my favourite new songs, you can follow it here: