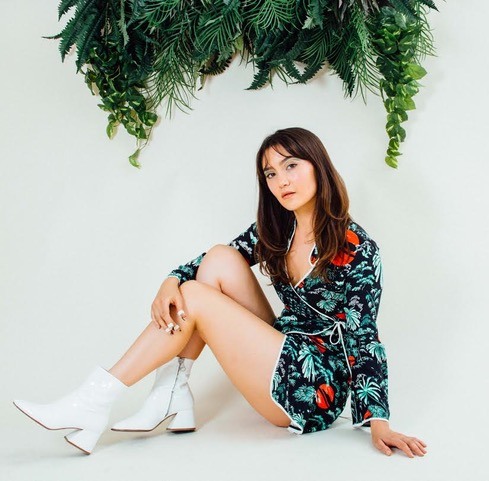 Jett Kwong has a captivating style of haunting vocals and multilayered music that hypnotising you and transports you to another dimension full of strings and guzheng.

We have a little chat with Jett Kwong about her identity, the different sides of her as an artist, ‘Away’ her latest single and upcoming music and projects.

Make you sure to read the interview and follow her on social media for more fantastic music coming soon:

How would you describe yourself as an artist?

I’m someone who is exploring identity, intimacy, and fantasy through music, visuals, and storytelling.

How your identity as a mixed heritage woman has influenced your music?

It influences a lot of my work literally, but more so subtly. In general, I experience feeling “in-between” – not belonging to one category or another. I think this naturally expresses itself in the ambiguity of my sound, and also in the drive to discover more about myself and culture as a whole through creation.

I think there is a big wave of the Me Too movement headed towards the music industry. There is much more female involvement now, but many of the people behind the scenes making decisions and reaping the rewards are men. Granted I think this will change over time, and certainly, there are some men in positions of power who are fair and good at what they do.

You have a lot of different artistic sides (Vocalist, Guzheng player, Performer and Director). How all these various aspects of your life and persona complements your music work as Jett Kwong?

I often question why I’m not just hyper-focused on one thing – I’ve received quite a bit of programming that it’s “better” to have tunnel vision in terms of a career. But at the end of the day, I’ve always wanted a multi-faceted career (and life), and the wide span of things I’m cultivating inform one another as a larger vision.

You began your training as a vocalist when you were 5 years old. How would you describe that experience as such a young age? And what’s your earliest memory about music?

My earliest memories of music are listening to Blondie and the Carpenters in my mom’s Subaru.. Sometimes I’d sit in the car by myself and make up melodies to their songs. I started taking piano and voice lessons at the same time, and I quickly realized how much I despised the piano in comparison to singing. Singing was more natural for me. Of course, now I wish I played piano better… but maybe if I did, I wouldn’t have sought out the guzheng.

What was the biggest challenge that you had to face as a musician during all these years?

It is a challenge to continuously reconnect to what drew you music in the first place when you are surrounded by life’s realities and a completely saturated market. There is so much noise out there – figuratively and literally – and it’s a constant battle of questioning what is “worth it”. However, I think doubt and fear are actually great tools we can utilize, as long as they are kept somewhat in balance with enjoyment and tenderness.

Your latest track ‘Away’ is such haunting and dreamy work. Can you tell us about the message behind the song and the creation process? We’ll have a video for it?

Away is my second collaboration with producer LMNOP. We came up with some textures, and from there we wanted to explore the mundanity and frustration our community feels as artists working multiple jobs to sustain our creative . I think for everyone across career and life paths the pressure to “succeed” can be debilitating. Away is a reminder to check the pressures that society imposes, as well as the pressures within ourselves.

The video for Away was filmed with my longtime collaborator, Huan Manton, who’s also half Chinese. On all of our projects, we emphasize having people of and women not only in the but in the crew which was majority Asian American and female for this video. It’s so important to me, in general, to have women behind the camera, participating in telling stories of women, and the same goes for people of all backgrounds, genders, and heritages. Because the larger story that I’m building is around being mixed, half Asian, and caught in between two identities, I like to involve people from similar backgrounds to participate in telling stories from unique perspectives. All of the cast members are artists of different mediums who are striving to create balance in their artistic and work lives.

Stark Night was your debut album released on February 2016. It’s been more than 3 years after that work. Is there a new album or maybe an EP in your future plans?

There is… potentially this coming Fall I’ll release an EP. The plans are unfolding, so stay tuned!

A secret playlist of a few – is that cheating?

I’d say to listen with intention. But that’s my advice for listening to all music, not just mine!