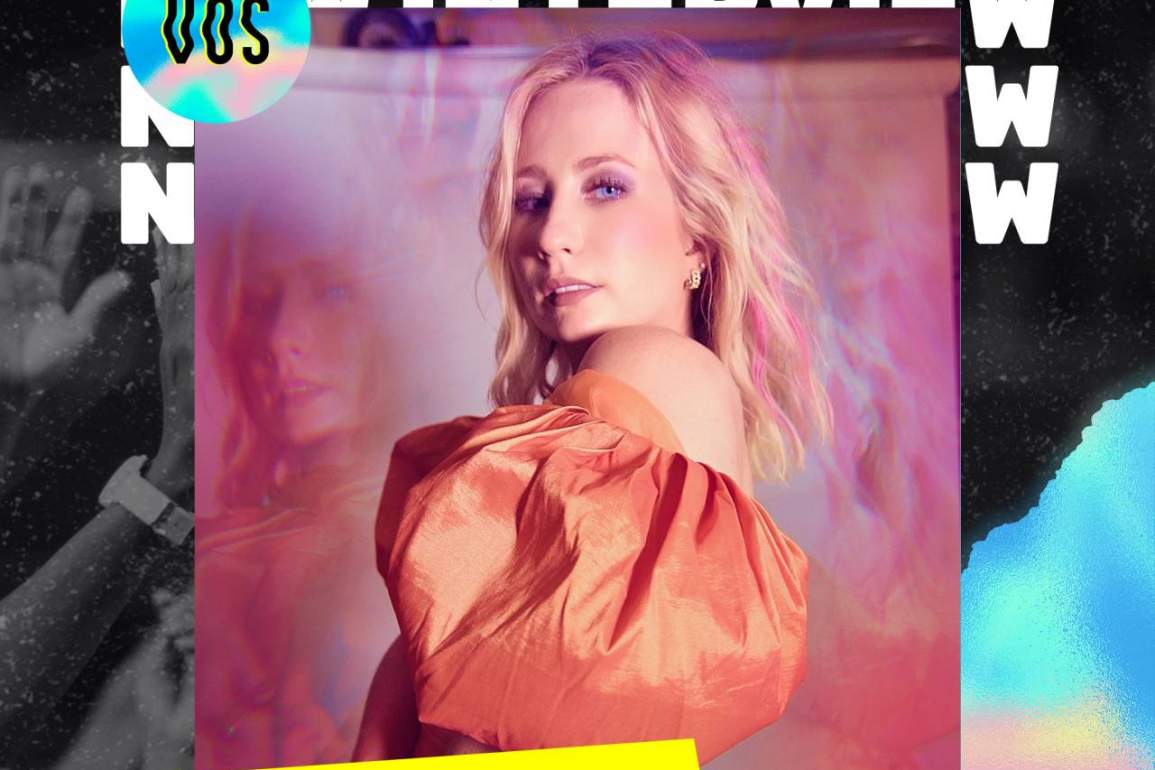 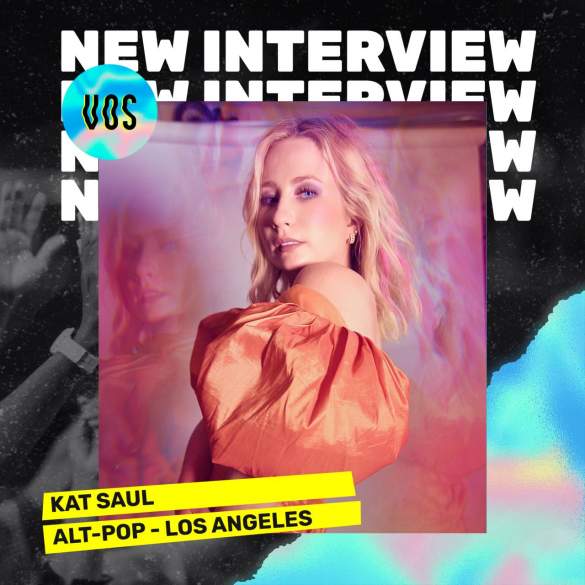 Because of the release of her extraordinary second EP Made in the 90s (November 10th, 2020), I have quite an exciting and enjoyable Q&A with Los Angeles based artist Kat Saul.

Her music that navigates between genres like alt-pop, electro and rock, will surely transport you into the music golden era of the early 00s and revive some teenage memories while mixing it up with the present situation. As always I recommend you all to go listen to her new EP, but also her previous works of which we talk in the Q&A.

It’s always a pleasure to chat with artists like Kat Saul, so I hope you enjoy our talk below:

Kat Saul, thank you so much for answering our questions and congratulations on the release of your new EP, Made in the 90s (November 10th, 2020). First of all, who is Kat Saul?

Let’s start from the beginning; you used to be a high-school cheerleader who played in a rock band. Two totally opposite worlds if we consider society’s stereotypes, but what can you tell us about those days? Is rock the genre you feel more connected with, or you just don’t care about music genres?

Neither and both. I pull from a lot of different influences, as a human and a musician. You’re right, those societal stereotypes don’t typically coexist, and that’s exactly what I want to show in my pop music. I want cheer-style dance drops to coexist with trash can drums. If the music isn’t a blend of genres, then the music isn’t me. I’m definitely a crossover of a human, in all aspects of my life. My music is like a pop fusion smoothie.

In 2018 you released your first single “Jericho”, since then you have released a total of 11 singles and 2 EP’s. How has been this 2-years journey to launch your career? Which one is your proudest moment or release?

It’s wild to realize that I’ve released that much — I’m shocked! I write almost every day, so I’m always like, “ahhhh, so much music and I’ve released so little of it! I should do more!” I was such a different artist and person when I wrote “Jericho.” I was still in college then. It’s crazy how much each song corresponds to a certain stage of my life. It’s been a wild and rapid journey. I’d say my proudest moment thus far in my career was headlining Exit/In in Nashville last year. These 2 guys drove up from Alabama just to see the show. It was the first time I met someone who was so impacted by the music that they travelled to see my live show. It was a really wild feeling.

Your latest EP, Made in the 90s, which was released on November 10th, is the perfect homage to the golden years of pop-rock (‘90s/’00s) mixed up with some electro-pop melodies that create such an enjoyable, both fresh and nostalgic record. How was the creative/recording process of the EP? How much of that essence of survival, reinvention and resilience that characterizes our generation of the ’90s can be found in this EP?

Thank you! It was a labor of love. I had written “X2” and “I Love To Hate You” before knowing they were going to be part of a larger project. The Coronavirus lockdown gave me time to really dive deep and make sure that these singles fit the narrative of the other songs I was writing. Since we were recording during the pandemic, everything had to be done virtually/remotely. I think, in a way, it made the EP more personal though because a lot of the work was being done in my own home. I’d say there is definitely an essence of survival in the EP, but it’s more about self-discovery as opposed to reinvention. Yes, it’s a bit of a new sound and image for me, but these are parts of myself that were always inside of me. I hope the record will encourage listeners to take time to do their own reflection… or to just dance! It’s just life — we don’t have to be so serious!

If you could highlight a lyric from any of the five tracks that are included on Made in the 90s, which would be? Which song was the most difficult to write?

“What’s been under my bed just moved into my head” from “Monsters.” It’s actually the first line I wrote down to include in the EP, but it’s one of the last songs I wrote — I finished it a year after I started. It wasn’t that it was hard to write, but it was just so personal that I was having a hard time letting my emotions flow into my words. It finally all spilled out when I was at a low and couldn’t hold it in any longer.

This 2020 has been one of the most complicated years in decades for the music industry and artists in general, with a lot of new creative and economic challenges to come. But, what can be expected from you for the rest of the year? How are you going to take an approach at this moment to promote your music? But most importantly, how have you handled this situation both on a personal/professional level?

Obviously, not being able to tour is a bit of a question mark promotionally. I just want to make art and put it out into the world, so that’s what I’m going to do. For the rest of 2020, there are lots of ‘Made In The 90s’ video content on the way as well as some additional music! Personally and professionally, it’s been a yeaaaaar. I moved to LA right before COVID-19 hit, so while we were all alone and didn’t know what Zoom was yet, I was more alone than ever. It’s just been a series of adjustments, figuring out how to collaborate remotely and, like, not cry all the time, haha. Although it’s been tough, It’s been such a growing experience. I wouldn’t trade it for the world.

I would love to collaborate with Jack Antonoff. Help me manifest this, please!

I can’t pick just one song that I would have loved to write, but here are a few:

If you could only listen to one album for the rest of your life, what would it be?

Enough with this “one” nonsense, haha! Here’s three options: One of The Boys – Katy Perry, Gone Now – Bleachers, or A Brief Inquiry Into Online Relationships – The 1975.

My music is my autobiography. It’s my freedom and my therapy. I hope it can be yours too.