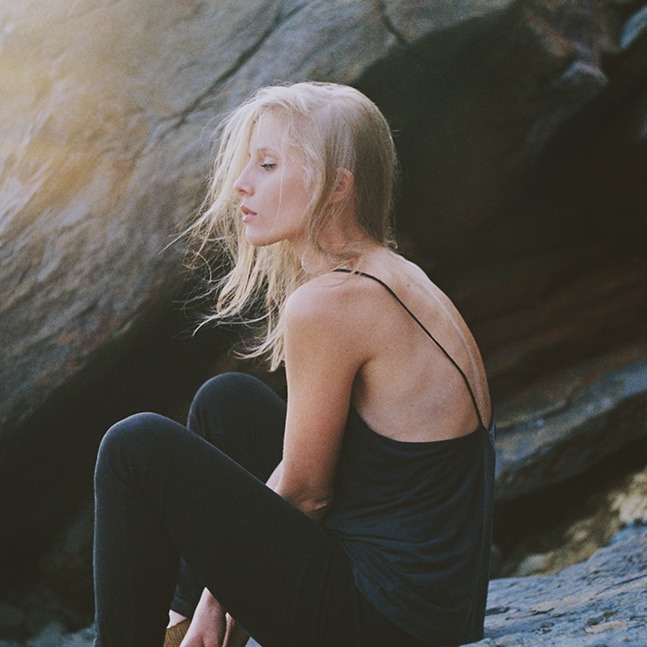 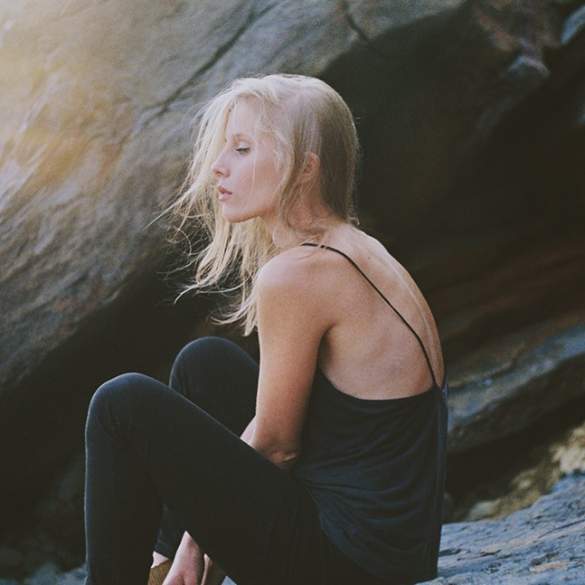 Sofia Ribeiro, better known as Lince, has added a little warmth and a bunch of emotions to the Portuguese’s scene with her debut album Hold to Gold, an 11-track record that is full of fragile but captivating moments.

She has also been touring Portugal during the past months promoting this record, but she still has a lot of to offer with her debut album for the rest of 2019.

So I decided to have a little chat with her, about all those experiences, her identity and obviously everything that surrounds her music on an interview that you can read below:

Why the Lince alter ego? What does this identity represent to you?

Lince came from wanting to create a designation for the part of me that expressed itself musically. Lince is undoubtedly an essential and important part of me, Sofia. The songs I write as Lince are composed based on feelings, experiences, revolutions that happen to me and, therefore, reveal and express truth. I did not create Lince as a character, but more as a channel where I’m intuitive and act instinctively, both in composition and in live performance.

Your debut album Hold To Gold includes 11 songs written by you. How is your composition process? What inspires you to write?

Life inspires me to write — the people, the emotions, everything that moves me along my path.
The songs almost always appear on the piano, with a melody of voice that timidly gains its space. Some songs are based on that structure, in which they have a simplicity that conveys what I want, others require more time, more density, more layers to make themselves heard. It is always a solitary and intimate process and the first costly sharing.

Since the release of your first EP Drops in the summer of 2017. What was the biggest challenge you faced as an artist?

I think the biggest challenge is always knowing if you can continue to create, and be able to make the project grow and publish more work.

From the moment you release your first work, and the audience receives it, there is almost like a commitment to continue to bring out songs that you create. The biggest challenge was the realization of my desire to make an album.

This debut album, Hold To Gold, is full of warmth, but also of fragile and delicate sounds. Was it challenging to get that sound? How was the recording of the album?

On Hold To Gold naturally, everything came out all right. I’ve been composing for a few months, and the songs portray what I was bringing with me emotionally. I think that this warmth and, at the same time, the frailty you speak portrays this time (and, indeed, even me). This sound was a consequence of this, and I wanted very much to create different dynamics and sensations throughout the record. Let him make you move, cry, laugh, contemplate, shout. That’s what it made me.

The recording was easy enough, by the people I had with me and the fact that I already made the songs practically ready for the studio. I felt at home, and I was recording part of each song. The role of the search and discovery of sounds, or the perfect sounds, for each song, can be strenuous, but I knew well what I wanted on this record, and fortunately, I had with me, producing the album, people who felt it in a similar way and who helped me to realize it.

The production of Hold To Gold was attributed to the collective of the “CASOTA Collective” from Leiria. How did you meet them? And how did they become part of your first album?

I knew them very shortly before recording the record. I had known, a while ago, the Nice Weather For Ducks, who are also from Leira, and it was through this meeting that everything came up. One meeting led to the other. It happened to be at the time I was thinking about recording the record, and I identified with their work. They listened to the tracks and were also enthusiastic about the possibility of producing and recording Hold To Gold. It was a happy encounter, and it worked out the best way.

In the past, you’ve taken on several of your videos, and now you’ve created the Hold To Gold artwork. Why is the visual component of your work so important to you?

It is fundamental to have an image, either static or in motion that complements the audio work, and since I have always been linked to the visual arts, I usually have images associated with the songs I make. Hence I tend to create photos, videos, images for my music. It is in my plans to work more in this direction.

Although my music can be dissociated from the image, and it exists by itself, I like to give the audience that visual side that also helps to perceive the universe where music lives.

Since the release of the album, you have not stopped visiting almost all Portugal to present these new songs. How was the public’s reaction to these new songs? There will be more concert dates for Portugal this year?

I am thrilled to have this opportunity. The most rewarding part of the whole process is touching people. You never know what audience you’re going to meet, and it’s incredible to feel the difference, both in people and on stage, from place to place, and you propose yourself to that challenge. Luckily the reaction has been outstanding, very positive and this makes me want to continue to do so over and over.

There are more concert dates for this year, yes. The next will be from May 31 to June 14 and I will pass through Guimarães, Faro, Lisbon, Fafe and Ílhavo.

What are your biggest musical influences?

I have never had a constant or very present influence on me. I am changing what I hear and, consequently, this is influencing my work.

At this moment what I have most heard is Debussy, Chopin and Satie.

This is a matter of personal interest. Just as I asked Joana Espadinha and Jasmin, her musical project also emanates an emotional warmth and personality that are clamouring to be edited in vinyl form. Is there any chance of this happening?

It is something that is in the plans, and that I would like to be able to do soon. It’s not the easiest way to edit for a variety of reasons, but I’d love to hear my songs on vinyl.

What are your plans for the rest of 2019? Have you started to working on new songs?

The plans are to continue to take Hold To Gold around the country.
Besides, I’ve been composing new things. I’m developing ideas for a new album.
There are also other projects that I have been developing and that I hope to be able to bring out later this year.

Carrie and Lowell from Sufjan Stevens.

My music makes me feel more alive than anything else. It’s amazing how it brings such strong emotions to the surface. When I play the songs, which turns out to be the part that I like most of the process, we cry many times together (not me a whiner) but, do not take me so seriously, we also have a lot of fun since she brings my side more uncommitted too.