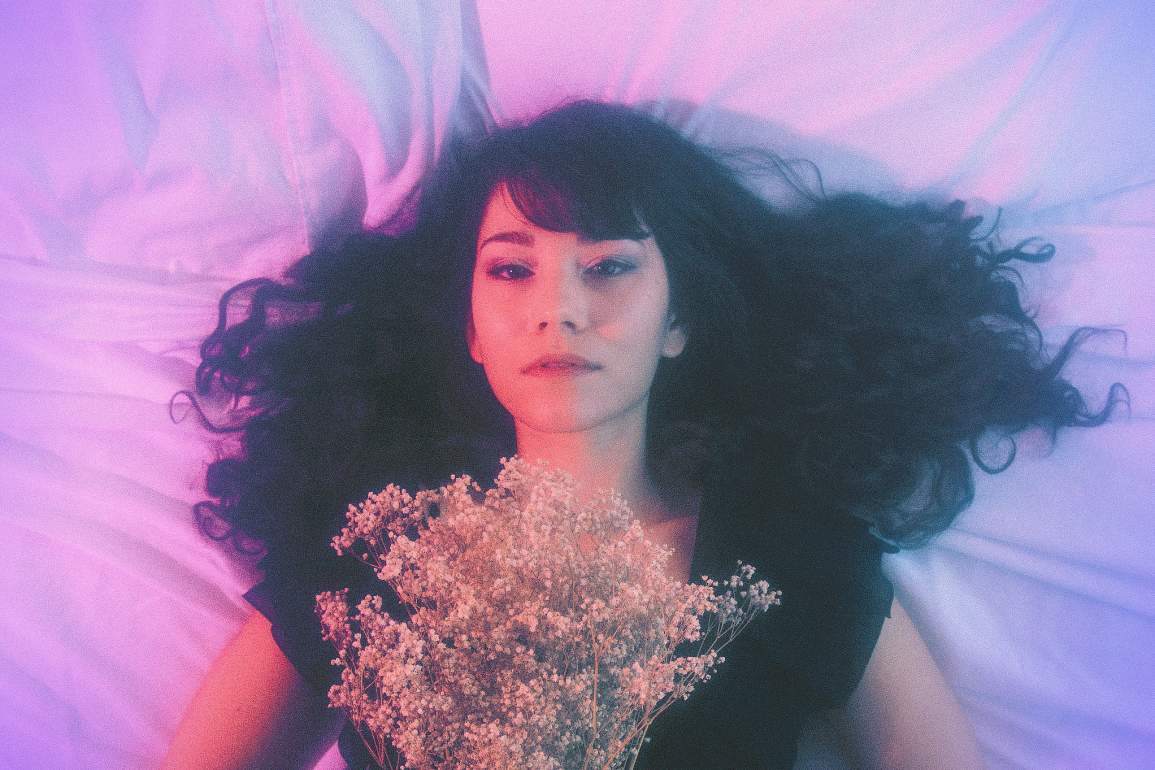 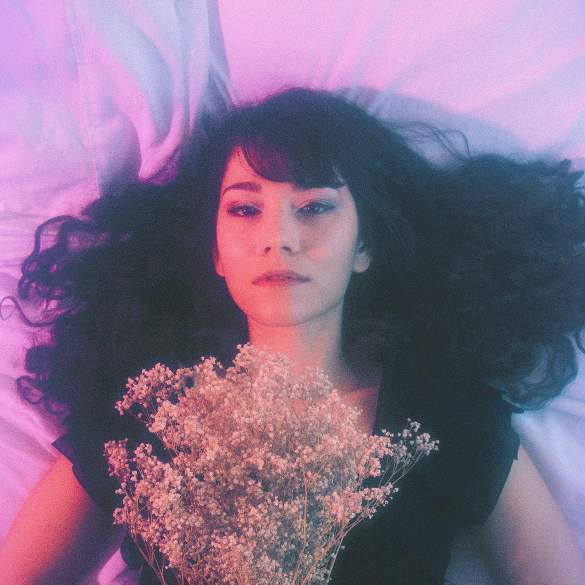 At the moment I listened to latest EP The Middle for the first time, I just knew that I have to interview her. And is a real pleasure that this multi-talented Portland-based experimental folktronica artist, has taken the time to a few minutes of her time on answering a few questions for Vibes of Silence.

We talk about streaming services, her creative process, being an introverted singer and obviously about her amazing and ethereal EP, The Middle. These among other things that you can find in our conversation below:

How you do describe yourself as an artist?

I’m a female, self-producing dream-folk artist. My biggest inspirations are Imogen Heap, Sigur Ros, Sufjan Stevens, and Bon Iver, so my music is quite dreamy with hints of folk and electronic elements.

How much have you and your creative process change since the release of your debut album in 2011?

My process has remained pretty much the same. I always start with the music first, messing around on piano, guitar or synths until I find a chord progression that feels good. Then I hum a melody on top, adding in some gibberish words. Eventually, real words start to stick and I can guide my story or narrative of the song. I’m usually producing while I write as well. Adding sounds, harmonies and textures help me feel excited and inspired to see where the song goes next.

In numerous interviews, you have mentioned that you’re pretty much an introverted person. How does this influence your music and your performances?

I’ve learned to respect my introverted preferences. It’s helped me observe, and dig deeper into my emotions to be able to write the songs that I want to create. People usually assume that I’m a rather meek performer due to my quiet tendencies, but something really magical and fun happens as soon as I get on stage. I feel a warm confidence and know I can deliver and guide the audience on a journey with me. It’s really fun to be in that head space, because in social areas of my normal life, I can be a bit insecure.

Your work has been featured multiples times on video games, commercials and TV shows. How important have been to your music to appear on these massive promotion platforms?

It’s so wonderful and surreal to hear my music on TV. I love that my songs can be a part of a new narrative, whether it be a commercial, video game, or TV show. I’d love to get more placements in the future.

Also, social media has been such an essential part on the development of your music career. How do you feel when all the hard work as turned into more than 106.000 subscribers and the impressive number of almost 14 million reproductions on YouTube? Do you care about stats and numbers?

Although I am so thankful and flattered by those numbers, it’s usually hard for me to translate that into something tangible. At the same time, it’s also hard not to compare my Spotify and YouTube streams/views to those of other artists. I try to not place too much value on how high or low those numbers are. At the end of the day, if I am able to provide comfort, relief, or happiness to someone through my music, that’s really all that matters. It’s easy to forget that sometimes in the midst of this social media craze (also when it’s how you make your living! haha), but I’m so grateful that I am able to do music as my full time job.

What do you think are the good and the bad things that streaming services have to offer to independent artists like you?

Streaming is a bit of a mystery. It’s all about the playlists, and getting on them is the tricky part. Sometimes someone on your team might have a connection with the tastemakers and will be able to get your song on a popular playlist. But most times, even if you have some sort of connection, the chances of popping up on there are quite slim due to the vast amount of music being released every day. I think it’s great for small artists looking to get exposure, but like I said, it’s hard for artists (especially those with mixed genre music) to get on those lists.

Let’s talk now about your latest release, an EP titled The Middle (January, 2019), in which you have taken your “folktronica” style to a new level. How was the recording process of this magnetic and ethereal record and how long did it take to be finished?

This EP was written over the course of 2017. Probably around 6 months total (writing, recording & producing one song per month & one month for mixing and mastering). I had a lot of fun producing this EP, especially “Kiki’s Song”. I wanted to get back into the grand and lush sounds that appeared more on my Winterwell album. So I went a little wild (I think there were up to 25 background vocal tracks on a single song!), but I had a lot of and achieved the sound I was looking for.

At this moment you have just released two new lyric videos for “Kiki’s Song” and “Like a River”. But we’ll have the opportunity to see another full music video from The Middle EP? Are music videos rentable for independent artists like you?

I love making music videos, and I’d love to film more for the new EP. They are, however, not the cheapest . I’m actually about to start a Patreon Page for my music so I could have more funds to pursue bigger projects such as music videos more frequently.

There’s any future show on the horizon where our readers and your fans can see you performing the new music?

I just had my EP release show on January 11th (which was so fun!) but don’t have future dates booked just yet. I am, however, planning on a West Coast tour this year. If anyone is interested in seeing me play, my show dates get listed on my website (http://www.mreemusic.com/calendar ) and you can track me on BandsInTown and SongKick to get notified if I will be playing in your city!

Hmm, I guess I’d like to spread the notion that there is power in gentleness, quiet, and stillness. You don’t have to be loud or charismatic to have something important and beautiful to say. I hope people who are also quiet like me can listen to my songs and find comfort and confidence in being their true selves.