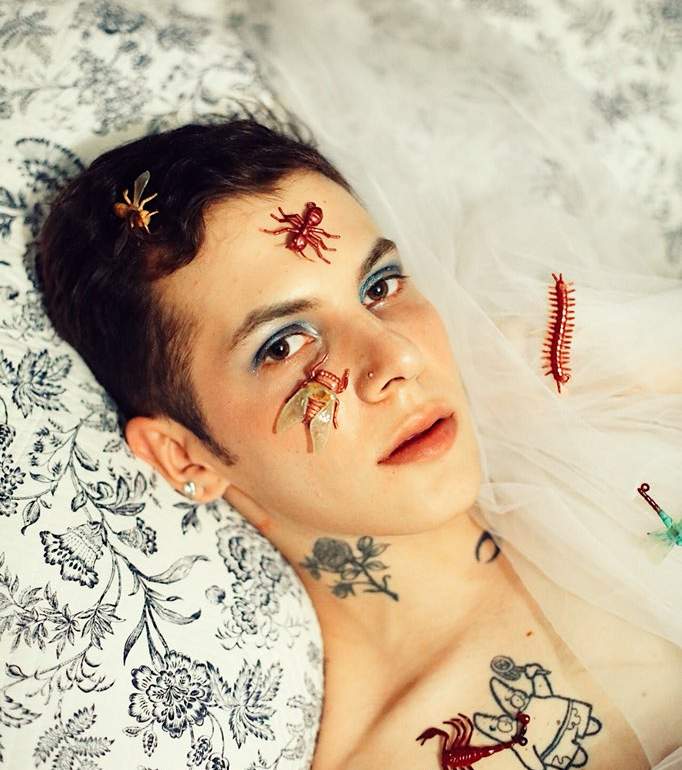 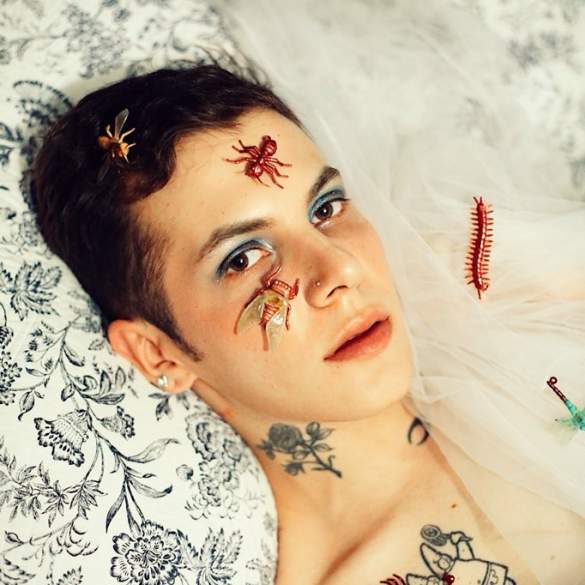 Namuel is back with a new song titled ‘Cascabel’,with which the Chilean singer wants to raise awareness about mental health problems and his own history.

I spoke with him in a super raw interview about his music and health plus the future and the importance of use music to spoke about important things that could help society.

Last year we introduced you to our readers as one of the ten Spanish/ Latin artists to watch in 2018, but can you describe yourself again for those you already don’t know you?

Recently you made a thread on Twitter with all your videos and their stories. Starting with ‘Lucha Libre’ (2015), how much have you changed since then? And your music?

From Lucha Libre to today my music has changed in parallel with me; At the moment Lucha Libre came out I had a broken heart; therefore, I wanted to sing about it. Today, what most plagues me are my mental health problems, and I want to raise awareness about it, so it only makes sense that I write songs that touch those subjects. My songs are a reflection of my life.

What’s the hardest of being an independent musician?

Definitely spread and that the message of your songs reaches who you want to arrive. I try very hard to do a good job so that the mouth to mouth and “go viral” create an audience, but being independent, I simply do not have the audience I would like to have.

Your latest single ‘Cascabel’, is one of your most raw and dark tracks because it also comes from personal experience. As a person who had suffered from an eating disorder, when you decided to make a song about that? And why do you think it can help others to deal with it and understand these kinds of disorders?

I decided to make Cascabel the minute I found myself surrounded by all these ghosts that involve suffering an eating disorder, thinking all day about food, calories, your weight, how you think people think you look, etc. It consumed me and was (and sometimes still is) the only thing I thought about. Then I sat on the piano, and the song came out so organically from me that in the studio we recorded everything in one shot. I hope that someone can feel identified and seek the help needed because in my case, being alone in this was impossible, the more I was alone, the deeper the hole in which he buried me. People will understand why the letter could not be more obvious. LOL

How this eating disorder condition change your lifestyle and your way to see the world? And when did you realise that you needed help?

I could not tell you how my lifestyle changed, because I’ve had this disorder since I was 14, I do not remember life without him. For me, it was always looking in the mirror looking for defects, counting calories, unilateral competition with the rest to lose weight and so on. The world was a catwalk, and I was not included in the parade. The first time I dared to seek help was last year, and it was because of depression. Talking about the depression was that I was diagnosed with purging anorexia.

Do you think that artists nowadays should be more open about dealing with eating disorders, mental health problems among others? And why do you think there is still a stigma about talking and singing about these problems in the music business?

I think nobody wants to talk about these issues because nobody wants to assume that they are real and that they can happen to us all. Definitely, it is partly a social disease, since everywhere we are invaded with propaganda to lose weight and how ideal it is to have a slim figure, it is so normalised that whoever breaks the status quo always receives ugly glances. It is as simple as seeing when Lady Gaga, Kesha or Britney raise a couple of kilos the press demonises them until they return to their “ideal shape”.

Before this new single ‘Cascabel’, in December of 2018, you released an EP titled Payasos. Can you tell us about that project?

Payasos was a mixtape I put together with new and old songs inspired by a lot of artists including Regina Spektor, Kitty, Lily Allen, Bebe, and so on. We made it in a rush because I was eager to release new music and it is one of the things I’ve done I’m most proud of. It didn’t do well, but the main single Ganamos became a fan, so I’m good with that. And the song Payasos is, in a very metaphoric way, about not fitting it into the real world, but feeling comfortable inside the psychiatric clinic.

Is ‘Cascabel’ part of a bigger project like an EP to raise awareness about eating disorders? Or it’s just a single?

It’s just a single, but you never know. My mind works in weird ways.

Why do you think the younger generations are suffering a lot of eating disorders and mental health problems? Are social media companies like Instagram, Facebook and YouTube destroying us? Or it just that society is not well educated on these aspects?

We are all face tuning our selfies to perfection, That might be part of the problem. I’m not sure. I know mine started because I was an abused child.

What is your main inspiration in life?

I’d like to make it, without losing my essence.

And the last question. What’s the most important thing that you’d like to tell people about you and your music

My music slaps, you should def check it out. I’m just kidding… or am I? But really, I put a lot of effort into it. I’ve been in this industry for a long time and I’d like to think that I’ve been consistently good.