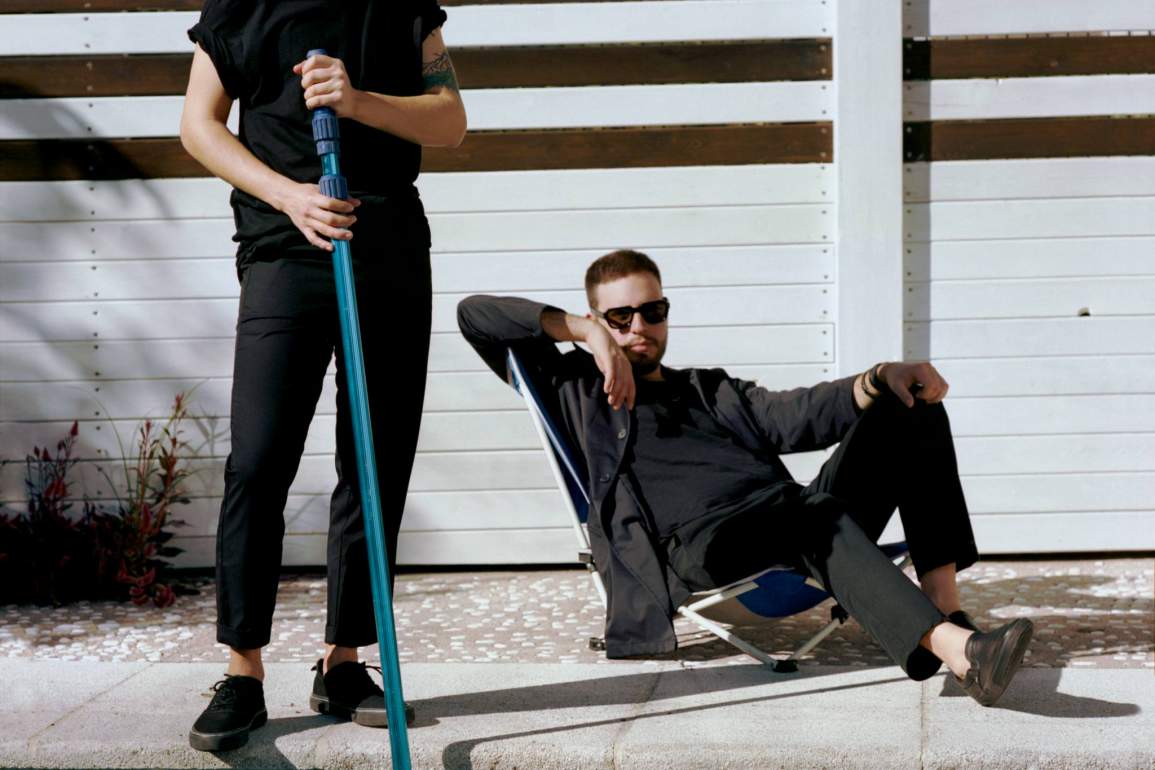 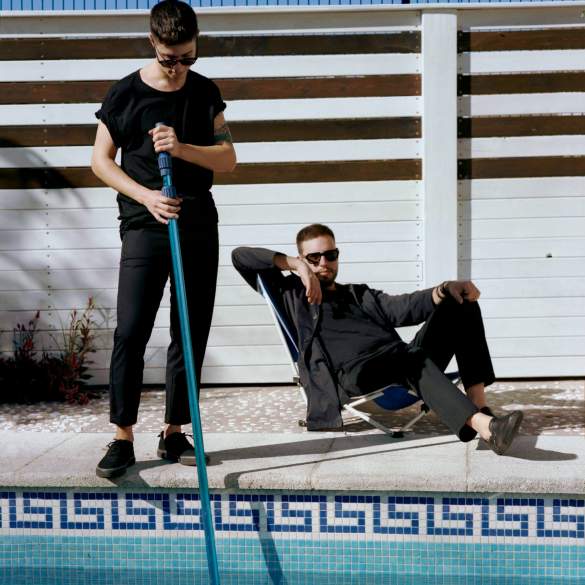 It is always a pleasure to interview Spanish artists, and today in Vibes of Silence we bring you an interview with the guys from Presumido. A Galician electronic pop group that won’t stop releasing new music this year through its new project Cuatro Estaciones, formed by 4 EP’s that will be published throughout the year.

We talk with them about the past, the present and the future of Presumido, about Invierno (the first EP that they have already published this year), crowdfunding and a multitude of exciting topics that you can not miss.

Grateful to Presumido for agreeing to answer our questions. (Spanish Interview Here)

Who are Presumido? And how much do you have of this (be presumed)?

Tarci Ávila and Nacho Dafonte, two musicians who got tired of playing with other artists and in 2015 we decided to start our own project. In this project, we demand to make songs using 95% electronic tools, thus leaving our comfort zone entirely. We are humble people, but we believe that we can boast of what we have achieved (and what we are achieving).

More and more artists choose to get rid of record labels and ties, and follow their instincts in the world of self-publishing. How hard was it to make the decision to break with the label? Did you expect the subsequent success of your liberation crowdfunding?

We had it very clear for a long time. The decision was more logical that easy, the tricky thing was to assume that on top of wanting to leave something that does not work, you have to pay a pasture for it. But hey, if you’re going to break a valid contract, that’s what it happens. The truth is that on the one hand, we take that madness of decision (pawn our instruments) with full confidence in our project and our followers. What we did not expect was the speed and magnitude that everything took. We bet and it went well, but we could have lost it ALL. That’s why we will never tire of showing our enormous gratitude to all the people who helped us.

Right now you have just released Winter, the first of the 4 EPs that will be part of the Four Seasons project. How does it feel to re-launch new music? And how does the process of creating the other 3 EPs progress?

Right now our day to day is divided into two parts: promote Invierno and end Primavera.

Cuatro Estaciones started as a creative project, a conceptual album, but it ended up becoming a survival mechanism in which we can get the material out as we have it ready, means to record songs and videos. The format of “an EP per season” gives us 3 months (of infarction) to take out and promote each work and prepare everything for the next launch. We have gotten into a very demanding and exhausting session, but we are happier than ever. We feel that we have control and over, for some reason, now we are more aware that when we were in a “big company”. So, fantastic.

What are the main artists that influenced your dark style full of intense melodies? Any Spanish?

All our influences are international. In fact, it was the identity that we wanted to work from the first day: international sound with lyrics in Spanish. We always start from the teachings that the classics of the genre left us (Depeche Mode, Kraftwerk …) and try to take it to more modern or directly contemporary influences. We talk about the intensity (both high and low) of Nine Inch Nails, the intimate melody of electronic Bon Iver, the hypnotism of Moderat and especially that epic steamroller point of Max Martin’s modern productions (Taylor Swift, Katy Perry, Ellie Goulding …) There is only one Spanish artist among our references: Tino Casal. And it is not for less, because it was precisely that Spanish who tried before us, to have an international sound of pop and rock with electronic instruments and letters in Spanish. A genius.

When did you start building your own instruments? How long did it take you to make the last one you did?

Our artisan facet goes far beyond the instruments. We started by building the piezoelectric battery system that Nacho Dafonte uses live. But then we continue to develop our own system of lights synchronised with music, and now we even design our virtual controllers for smartphone or tablet, which allow us to run instruments and machines by remote control. Now we are more focused on the musical part, but the first year we got up and went to bed every day trying to put into operation all those mental straws that we could think of building. We spent more hours in the hardware store than in the rehearsal room … hahaha.

After your future commitments at festivals such as Portamérica or Sonorama Ribera, as well as the Winter presentation concert on March 2 at the Costello Club (Madrid). Can we expect a tour to promote the Cuatro Estaciones project in its entirety?

We haven’t even thought about playing until we had published the 4 EP’s. We wanted to focus on finishing Cuatro Estaciones. But they started calling us from festivals offering us better conditions than ever and it has been a pleasure to change the plans a bit. The idea is to take out after the summer “Cuatro Estaciones” in full and already play it on a tour of theatres. Anyway, Presumido live is full of nuances and experience shows us that it can not be presented anywhere, so we will take care and select very well each date, far from playing for playing.

How do you think the Spanish music industry has evolved since the first time you met back in 2013?

Broadly speaking, the industry continues to operate based on the same pillars. But it is true that in recent years new protagonists have appeared that are shaking everything. These new generations of trap artists are demonstrating that it is not necessary to go through the hoop of the record companies or the media to succeed, become famous and fill large venues. Only with their social media accounts, they get everything. Many people in the industry are terrified, but we see it as a very positive factor for the mere fact of destabilising and hitting a host of fresh air. Anyway, we imagine that once again, the industry will end up finding a way to corrupt and absorb them.

Returning to the theme of crowdfunding. You got 199 patrons to contribute more than € 6,249 for this new project. Does that add pressure when working or an impressive dose of energy to record? Or maybe both?

At this point, we must clarify that the objective of this crowdfunding was only and exclusively get the 6,000 euros that we needed to recover our instruments bent. Therefore, when we were reaching that figure, please ask Verkami (the platform from which we did it) to cancel it, even though only 15 of the 40 agreed days of the campaign had passed. The company, moved by our case and in an unprecedented way, agreed to cancel the campaign ahead of time.

The extra money would have been perfect, but we believe that our followers had already fulfilled more than enough and now it was our turn to give them back all that affection.

Answering your question, we do not feel any pressure. On the contrary, it is a great motivation, and we are always dying to show them the new material and show that they have invested their money very well.

What musical differences are we going to be able to find between your debut Vendetta and this new project?

Vendetta is an album in which two musicians of pop and rock, experiment for the first time with instruments, machines and electronic gadgets. Vendetta was the school. In Cuatro Estaciones, we are much more familiar with all these tools, which is why the result has a much more mature maturity, homogeneity and identity. In addition, all the identity traits that were shown in our debut, have now been magnified in Cuatro Estaciones: the highs are higher, the lows are more intimate, the darkness touches the black, and the light shines more than ever. Robin Schmidt (Placebo, Mando Diao, Two Door Cinema Club, Wolf Alice …) wrote us when he was mastering the Winter EP saying that he had not had so much fun working on some songs for years. It was fascinating.

And the last question. What is the most important thing that you would like to share about your music and you as a group?

We have given up almost everything else to devote our lives entirely to this project. Is there something more important that can be shared?

Thank you very much for the interview, we loved it. We share our day to day in social media @presumidomusic