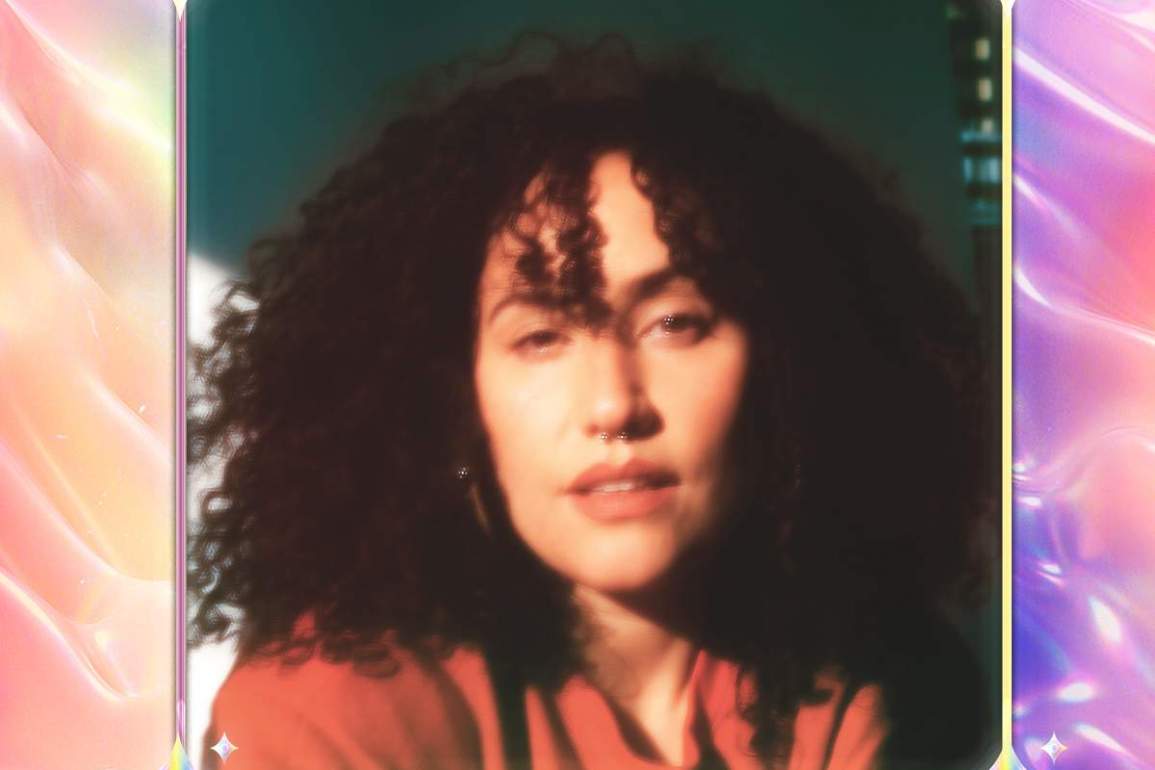 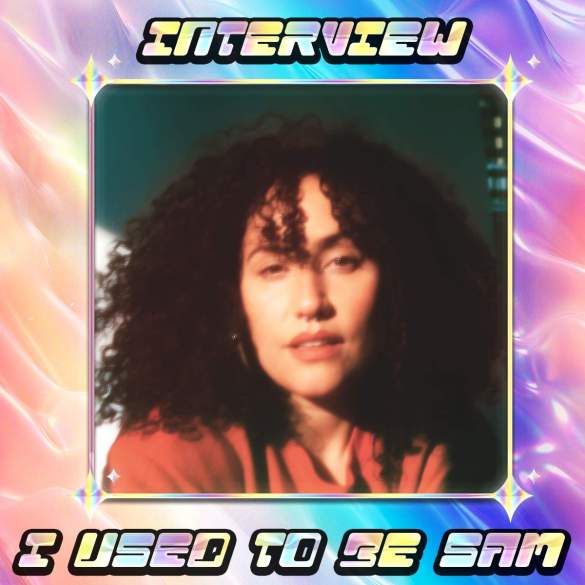 INTERVIEW X I USED TO BE SAM

It´s always a pleasure of mine to give voice to and support artists who create superb music and focus their work on delivering essential messages through their art.

I Used To Be Sam (she/they) does precisely that, as you´ll discover with her debut self-titled EP (September 16th, 2022) and the incredible interview she gave us to celebrate this new release, a milestone in her life and career.

If you enjoy her music and message, please remember to support and share I Used To Be Sam´s work.

I Used To Be Sam, thank you so much for answering our questions and congratulations on your gorgeous new self titled EP (September 16th, 2022). Could you please describe yourself to everyone discovering you through this interview?

Hi, and thank you for having me. I am a singer and songwriter from the United States but am currently living in Switzerland. I make cinematic alt-pop, meets folk, tied together with some warm soulful vocals. I am also a TRA (Transracial Adoption). Being adopted has been a big part of my identity, and now, for the first time, I am combining this personal aspect of my life with my music.

Your new EP, I Used To Be Sam, is an explorative laid-back pop collection of deeply personal parts of your life and yourself. This record was born to create a safe-space to bring people together and open up, especially about the narrative around transracial adoption. But to that first, there must have been an essential process of introspection. Was that process the most significant challenge during the creation of the EP?

Usually before I write music, there is a good amount of sitting in my feelings and being swept up in my thoughts. This time around, after I was re-rejected by my birth mother (I tried to reach out and reconnect with her a few years ago), I knew pretty early on that I wouldn’t be able or equipped to hold onto those feelings for a long time. The hurt I felt by being rejected was the catalyst for these songs. So, I would say writing this EP was in fact my introspection. I was figuring out in that small bedroom studio how I was feeling and what I wanted and needed to say. The creative process as a whole brought up a different type of challenge for me.

This is your first work under the moniker I Used To Be Sam. Why was it important to you to start this new project under this name? Could you please talk about what made you embrace this new moniker?

Thank you for asking that question. I had been working and creating for a long time as Annie Goodchild, and I’ve loved so many of the experiences, shows, and musical connections I made through that project. But when I took a fateful DNA test, which led to some beautiful connections with my birth family and some severe heartbreak, I knew that I would need to acknowledge a part of my self and story that I hadn’t been able to address publicly or personally up until this point. I confirmed that my birth name is Samantha; and I’d like to think that if my adoptive parents hadn’t changed my name, I’d go by Sam today. “I Used To Be Sam” is my way of honoring the first person I was, the most vulnerable version of myself, and the foundational experiences that still shape me today.

In this EP, you´re showcasing a uniquely sincere and profound ability as a songwriter to open the door of your personal life to strangers. How do you usually approach your creativity and feelings when it comes to the songwriting process?

Being vulnerable is scary…I think it is for a lot of people… but living a life without vulnerability would be even scarier and sadder to me. When I’m writing music, especially these five songs, it was important to me to tune into the purest aspects of my feelings so I could communicate them as honestly as possible. I think part of my adoption trauma is the fear of not being enough of anything – not talented enough, lovable enough, smart enough, not being beautiful enough, queer enough etc. For this EP, I wanted to try my best to not let that critical voice speak as loudly, and not let the fear of hurting or angering people in my life, stop me from writing the songs I needed to write and saying the things I needed to say.

I Used To Be Sam has also come to life as a visual EP over the last months. Each track of the record has received a visual treatment to follow your story. Was this your idea since the very beginning to tell your story through images? Or was it something that came after finishing the record?

When I’m writing, I always have visuals for the songs I’m making in my head. I hear and see the worlds my songs live in. Creating visuals for music takes a lot of work and resources, but I knew I wanted to try and create parts of those Ideas in a feasible way. As I was recording, I was already piecing ideas together for the videos I’d eventually make.

Putting in an effort like that (creating multiple videos) is a challenging experience for any artist nowadays. Was this process of contacting different artists for the project complex? Anything in particular that you want to highlight about the videos or the creative process?

My talented friends really helped me pull this off. Through an extremely limited (aka non-existent budget), a lot of DIY, and hard work, we were able to put out a visual for each track. All of the videos were created by a small group of 1 to 4 people, including me. Which meant I had to be my own crew, hike equipment uphill through a damp forest, edit and co-edit my own videos on free apps, and even sit in my friends shower on a plastic children’s seat while she filmed me. I always say I have billion dollar ideas on a zero-dollar budget, so i really just have to work with what I’ve got. Maybe one day, what I have in my mind can be shared in the way I imagined (that would really feel like an immense privilege), but until then, I’m really proud of what we were able to create together for this EP.

What are your expectations with the release of I Used To Be Sam and the future to come? Any upcoming tour dates?

Expectations can be a dangerous thing, especially in the music industry. I think I made this EP out of an emotional necessity, so I guess I’ll just have some small hopes. I’ll post my upcoming tour dates on all the socials etc, but I’ll be in London at the end of October to perform some concerts, which is terrifying and also very exciting.

If you could highlight a lyric from any of the tracks included on I Used To Be Sam, which one would it be? Which one of the songs was the most difficult to write?

“I’ve hemmed all my trauma so it doesn’t drag on the ground” from the song, Seamstress.

There are so many artists I love to work with and would be blown away to work with – but for now, I will say James Blake. His sound is so lush, and somehow gentle, but has such a strong and unique perspective. And there are also so many songs I would have loved to have written. Today, I’ll go with “On The Nature Of Daylight,” by Max Richter. From the opening notes, I am instantly transported – I could live in that song forever

That’s just cruel. I don’t know if this is cheating, but I might have to pick the “Pirate Radio” soundtrack so I can get the most out of just one album… but If soundtracks don’t count, then I’d say Laura Mvula’s, “Sing to the Moon,” with Metropole Orkest – conducted by Jules Buckley at Abbey Road Studio

And the last question and please feel free to open up about anything. What’s the most important thing you want to tell people about yourself and your music?

This is the first group of songs I’ve put out with no regard to archaic music industry standards. Ive been told that I’m too old, to fat, too racially ambiguous, and that my music is too far fetched, not “pop enough,” or “alternative enough” to be marketable. I don’t know If I will ever be valuable to what the music industry is today, but I hope that my music can be valuable to you, and whoever else is listening. Your experiences, your stories, your feelings, and your life is valid, so is mine, it just took me until this EP to believe it.

Enjoy I Used To Be Sam‘s exclusive performance of ¨Gentle¨ below: