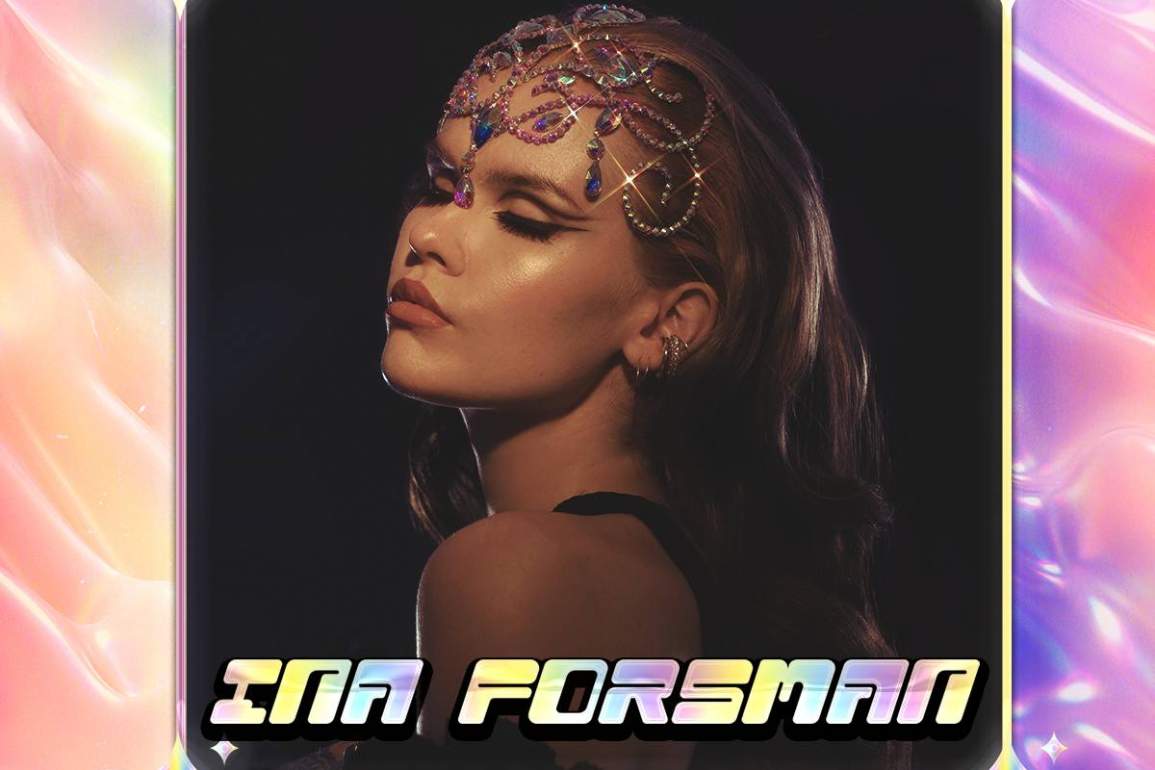 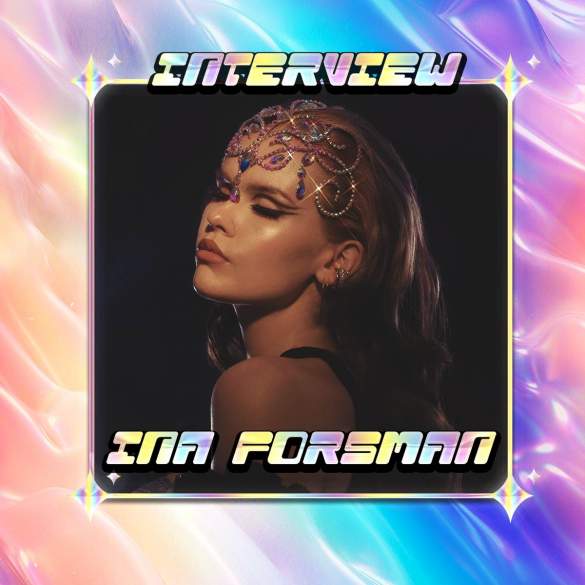 Ina Forsman’s music has that unique sensibility that can evoke a waterfall of emotions and make you instantly fall in love with her voice. Her blend of R&B and jazz from the 60s and 70s and her marvellous new album, All There Is, won´t leave you indifferent.

Enjoy the interview with Ina Forsman below:

Ina Forsman, thank you so much for answering our questions and congratulations on your outstanding new album, All There Is (June 24th, 2022). Could you please describe yourself to everyone discovering you through this interview?

Thank you for having me! I’m Ina Forsman, a Finnish Soul singer-songwriter living in Berlin. I’ve been doing music for the past 10 years, and have toured around Europe & the US. I’ve soon released 3 solo albums, the third one being my new album All There Is. I like to sing loud and write honest songs about raw emotions. My new album and live show are built around the theme “Cinematic Soul”.

Your new album, All There Is, is an organic homage to the magically romantic era of the 1960s. The cinematic energy of the record and your storytelling ability create an enchanting atmosphere for the listener. What was your biggest challenge during the creation of the album? Did you approach it differently from your previous albums?

I can’t minimize or ignore the negative, or the positive impact the pandemic had on this process. When it all started, I had just moved from Finland to Germany, away from my family and friends. So when all the shows got cancelled, it was just me and my husband alone in the city, where I didn’t know anyone else, or the language for that matter. There wasn’t much else I could do, except for staying at home and writing songs. I also had to do a lot of soul searching to figure out how I can validate and love myself, when I’m not a touring artist, that I’ve been for the last 10 years. I realized I had put all my self-worth and respect into that version of myself. The positive thing is that I wrote a lot of songs about these feelings, and other feelings as well. I would spend days, weeks, months on my keyboard and laptop, learning to play piano and produce demos. I feel like I found my way of making music during this time. Before, I always wrote songs with someone else. Now through this weird time, I found out that I can actually do it on my own.

I also, for the first time, arranged the recording sessions myself, chose the producers and the lineup for the recordings. Safe to say, this has been my most independent album to date.

As I mentioned before, in this record, you showcased a unique ability as a songwriter to create an immersive story with your lyrics. As a vocalist, you know how to embody the characters that live in your songs and surround them with an addictive sensibility. How do you usually approach your creativity and feelings when it comes to writing songs and recording them?

I always write very intuitively. I kinda try my best to shut my brain off and go with my heart and soul, as cheesy as it may sound. So I try to write a lot of stuff in a short amount of time, whatever comes in mind, however stupid or simple, I write it down. Then I start to curate it and go through it with more thought, and that’s when I take a deeper look on the storyline and the concept of the song. Is there a hidden message, or do I want to be straightforward?

Melody usually comes hand in hand with the lyrics, there isn’t one without the other.

“Poor Heart”, “Don’t Lose Today”, and “Love Me” were the three beautiful first singles from your new album All There Is. Could you please tell us why you introduced the album with these three tracks? Is any of these your favourite track?

All of these songs I’m especially proud of, but “Love Me” is my ultimate favourite from the album. I wrote “Love Me” about the thoughts and emotions you go through when you’re getting closer to the moment of saying “I love you” to someone for the first time. With the composing, lyrics and arrangements, we tried to create the atmosphere of this fleeting, yet life-changing moment, and I think we truly succeeded. Now every time I perform the song, I’m reminded by my first “I love you” to the love of my life. Hopefully, other people will be reminded of it as well. The music video will be out in a few weeks, and it’s gonna be a cinematic queer love story!

“Poor Heart” cuts deep and personal. It’s about battling inner demons and fighting a war in your mind; If to gain everything you dreamed of you’d have to lose the part of yourself you love, would you go that far? I produced and wrote the story for an animation music video, that the wonderful Miha Rinne animated. I wanted the video to symbolize these very dark and real feelings, but still in an entertaining way, so you can just watch it as a superhero short movie if you want to.

“Don’t Lose Today” is a song about appreciating the moment at hand, as at the end of the day, it is the only moment that is absolutely certain. I’m a very high achiever, and I have big goals, so finding gratitude and enjoying the moment at hand is super hard for me most of the time. I’m worried about the future all the TIME. So more than anything, this song is a big note to self, but I believe that a lot of people relate to these feelings, in this busy world we live in.

Now that the music world seems to regain its wings. What are your expectations with the release of All There Is and the future to come? Any upcoming tour dates?

I am so happy and thrilled to be back on the road! We have a busy summer coming up, lots of festival shows in Germany, France, Finland, Switzerland, Luxemburg…

With the new album, we’ve arranged a brand new live show, where even the old songs have gotten some new twang in them. The lockdown time made me realize that I’m a live performer first, that’s what I live for. I just wanna sing and play, I could never get enough of it. So me and my band have been working extra hard on making the kinda live show, that it will not be unclear to anyone that this is what we want to do, and we’re f*cking great at it as well.

If could you highlight a lyric from any of the tracks included on All There Is, which one would it be? Which one of the songs was the most difficult to write?

“Love Me” is a song I took a long time to write. It might be surprising, as the lyrics are kinda simple, as it is one of the more poppy songs of the album. But maybe that was the challenge. I wanted to create something relatable and not too mysterious – I wanted to talk with language and words everyone could understand. So trying to find the right balance between honesty and not being too obvious, with a sprinkle of symbolism and surrealism took a good while, I think it took about a year until the lyrics were in their final form!

Some favourite lines from the album:

Lyrics from the song “Raw Honey”

I would love to make a song with Ceelo Green or Bruno Mars. Gosh, how I wish I wrote “Who’s Gonna Save My Soul” from Gnarls Barkley.

I would probably go with some Aretha Franklin compilation. If I can only listen to Aretha, maybe one day I can learn to sing like her, lol.

And the last question. What’s the most important thing you’d like to tell people about yourself and your music?

I guess I’d just like people to know that whenever they see my show, hear my song or watch any of my videos, pictures, anything really, it’s always certain that I’ve been heavily involved with the process of making it. I write my own songs, and work side by side with the producers and arrangers. I write the scripts for the music videos, and do the casting and most of the styling myself. There’s not a team behind me making decisions or visualizing what kind of artist Ina Forsman should be. It’s all me, just me, for better or for worse.

Maybe it’s not news for anyone, maybe it is, but I notice that in the music business, women rarely get as much credit and respect as men; it’s not as expected for women to work as much behind the scenes as men are, which is complete b*llshit. So that’s why I feel like it’s time for me and other women to take space, and take credit for everything we do.

Thank you for the great questions!