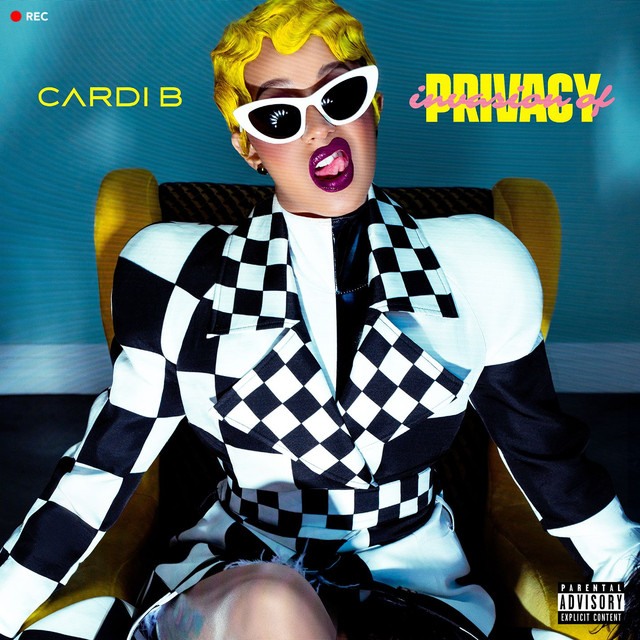 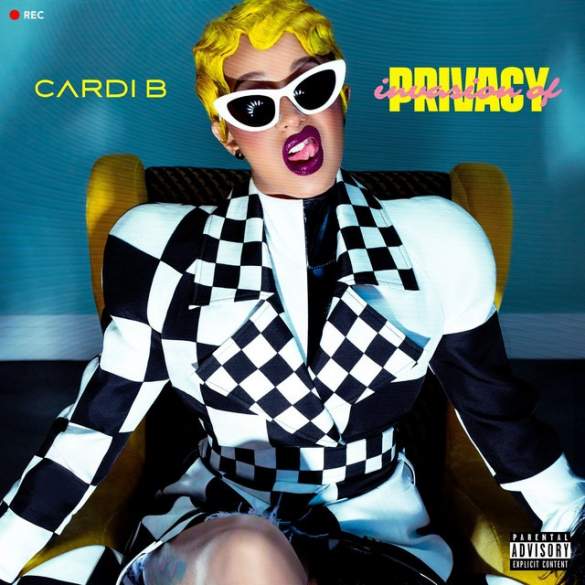 “Invasion of Privacy” by Cardi B: She’s capable of far more than we thought.

Cardi B is one of the hardest workers out there; she was building her career during years fighting against sexism, prejudice and more. Now she finally has reached success and is definitely the number 1 female rapper out there and cool girl for the media, not only because of her music but also for her addictive and natural personality.

This no-filter attitude is a result of her decidedly earthy background. She was a former gang member and stripper from the Bronx who cleverly took the modern route via reality TV and social media hilarity to reach her goals. And she definitely made it last year with “Bodak Yellow”, a monster track that with an outstanding calm attitude crushed all her enemies.

In fact, in an age of slur over rap music, there’s an old-school refreshing satisfaction in hearing someone deliver their bars with such savoir-faire. There’s even a touch of 2Pac and Biggie to the way she balances and flows with the beats. Thanks to her killer punchlines, the emotional range of her lyrics and just being a total force of naturality, she has absolutely earned her spot of one of the greatest female rappers ever.

Since that total breakthrough, she has earned another big solo hit with “Bartier Cardi” and two notable successful singles: on “MotorSport”, alongside Nicki Minaj, Cardi’s fiance Offset and his fellow MCs in Migos; and “Finesse” with Bruno Mars, a nostalgic revival of the 90’s R&B which has resurrected the album sales thanks to Cardi B.

There is still room for more “Bodak Yellow” -style moments- but there’s a gigantic track “Money Bag”, which slowly rides an electronic punchline that is pure Cardi B in every sense. On “I Do”, she proudly announces that her “pussy so good I said my own name during sex”.

But Cardi B doesn’t have any problem showing vulnerability, on “Be Careful”, her rough plea that a cheating partner treats her better. Her usual anger and fury, thrown off by pain, is now modulated into need: “Tell me where your mind is, drop a pin, what’s the coordinates?” “Thru Your Phone” and “Ring” – the latter with an excellent chosen collaboration with Kehlani – explore the contemporary romantic paranoia that comes from smartphones and dating apps.

Then there’s “I Like It”, where she nods to her Latin/Dominican heritage on a crazy trap-salsa track with Bad Bunny and J Balvin; and “Best Life”, an ode to Cardi B’s triumph over all adversities of her life. She clearly wants to make everybody acknowledge all the hard work she has made to reach this massive success. The brilliant guest Chance The Rapper, makes it a definite highlight.

“Invasion of Privacy” show us Cardi’s impressive range that only stretches beyond her more worrisome impulses but also to more dedicated themes. This is a well Cardi and Offset’s relationship ups-and-downs diary also narrated on her social media and in interviews. She let out the dramas play out on tracks like the deliciously threatening “Be Careful” and scarily relatable “Thru Your Phone”.

Thankfully the album isn’t overstuffed with endless filler boring tracks like the 80% of her rap peers. “Invasion of Privacy” is full enough of bangers to validate Cardi B as one hip hop’s princess and ensured us that she’s not going anywhere soon.