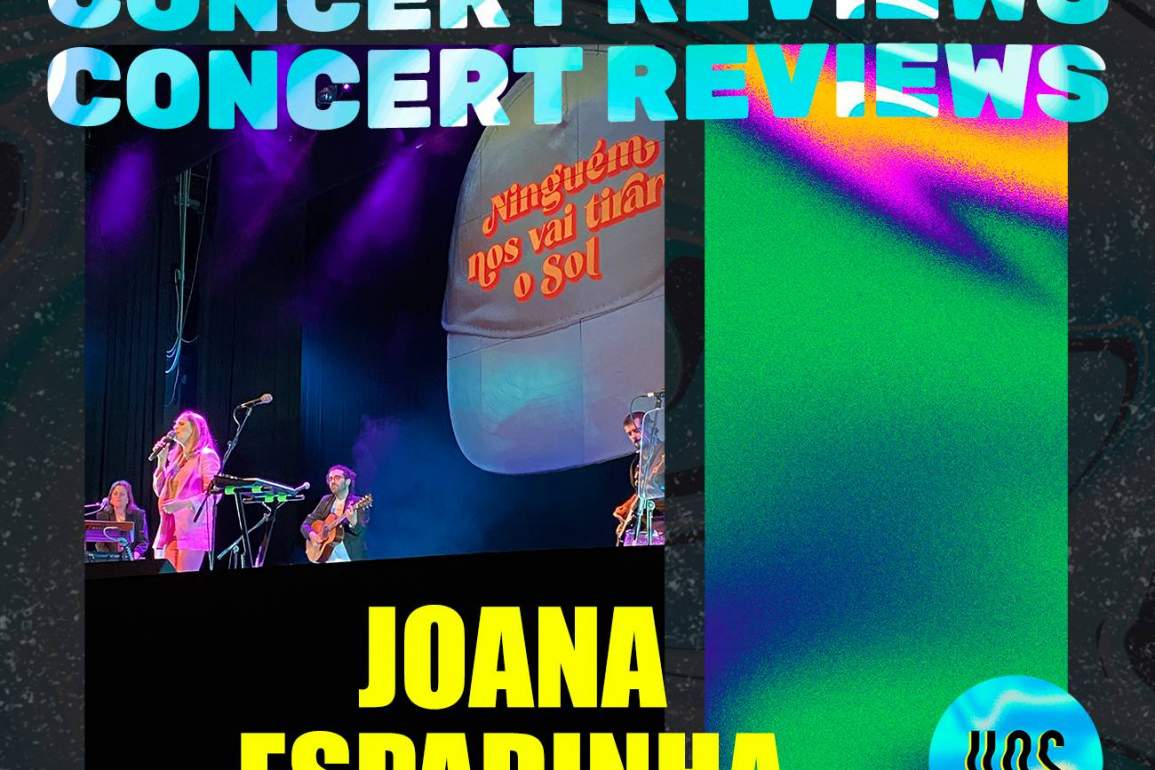 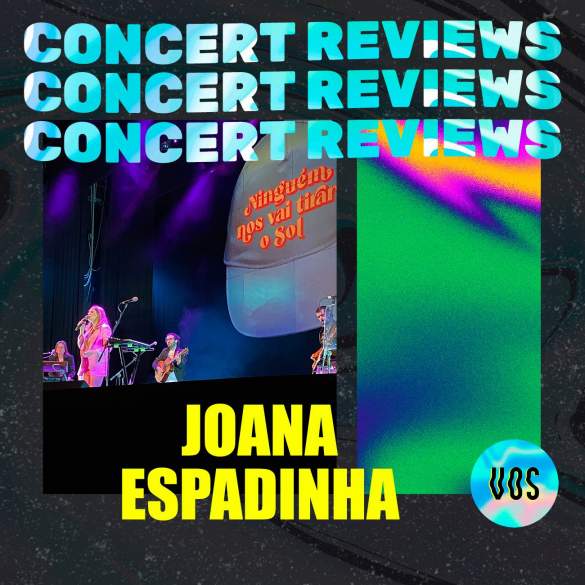 It’s crazy to think that it took me more than two years since I first interviewed Joana Espadinha to see her live show. It was a few months after the release of her second studio album O Material Tem Sempre Razão (2018), which has recently received a vinyl edition that it’s already sold out (sadly for me) in stores like Fnac Portugal.

This concert was a special date for Joana Espadinha for multiples reasons. It was her first concert since becoming a mother, the first one after the pandemic and the showcase for her upcoming third studio album Ninguém Nos Vai Tirar O Sol (September, 24th 2021).

From this upcoming record, we already have the opportunity to listen to the first two singles, “Mau Feito” and the titled track “Ninguém Nos Vai Tirar O Sol”. Both songs have a very summerish warm spirit, really easy to listen to and a good presentation from the record that mixed songs that were written pre and post-pandemic, with all, including a certain sense of humour of the bad situations that happens in life on the lyrics and the intention to advocate for a positive state of mind.

Although she performed songs like “Zero a Zero”, “Leva-me A Dançar”, “Mais Uma Estrada” and “O Material Tem Sempre Razão” from her previous discography. We also have the opportunity to listen for the first time tracks from Ninguém Nos Vai Tirar O Sol like “Dar Resposta”, “Astronauta” or “Queda Prá Desgraça” (out on July 16th, 2021) among others.

From those new tracks, I can feel that this new album irradiates good vibes, and its primary focus to uplift the spirit of the public in these challenging times. There was a good balance between more upbeat and mid-tempo tracks but with a fresh sound and that comforting spirit that Joana’s music always has.

Her vocal performance was really powerful for a comeback to the stages after all this time—both when performing the old tracks and the new ones. I must confess that I was quite impressed by it, and definitely, her voice was one of the highlights of the night. Making me really vibe with the new songs and quite hype for the rest of the new material.

The stage set was quite minimalist (as the times required) with a 4-piece band that also deserves some recognition for an incredible night in which the public, I must confess, was clearly divided between the ones who we were dancing and enjoy the new songs and the ones who simply seems to be “sleeping”, but this is becoming quite more normal in music concerts as people seem to get less involved in the live performance and more with their phones (or they simply forgot how to live the moment).

I can’t wait to finally heard Joana Espadinha’s new studio album Ninguém Nos Vai Tirar O Sol on September 24th and to snatch a vinyl copy of O Material Tem Sempre Razão somewhere if they made more of it.

Enjoy the titled track of the album and “Mau Feito” below: