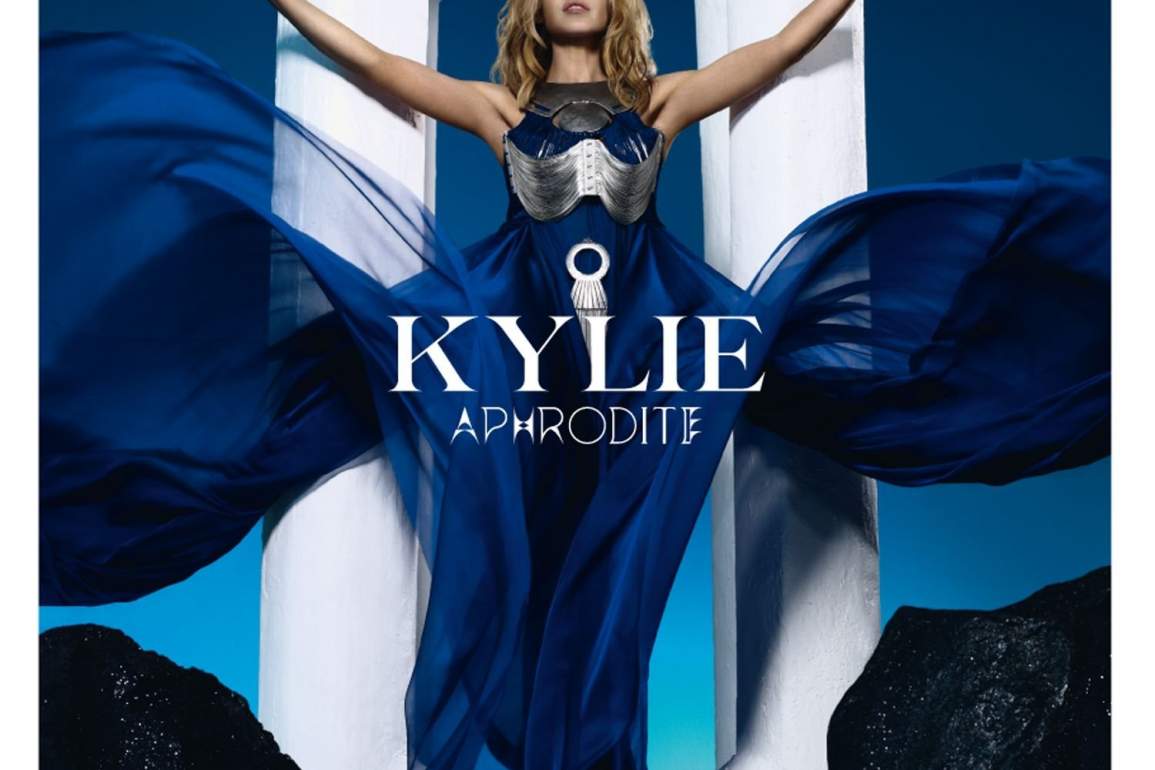 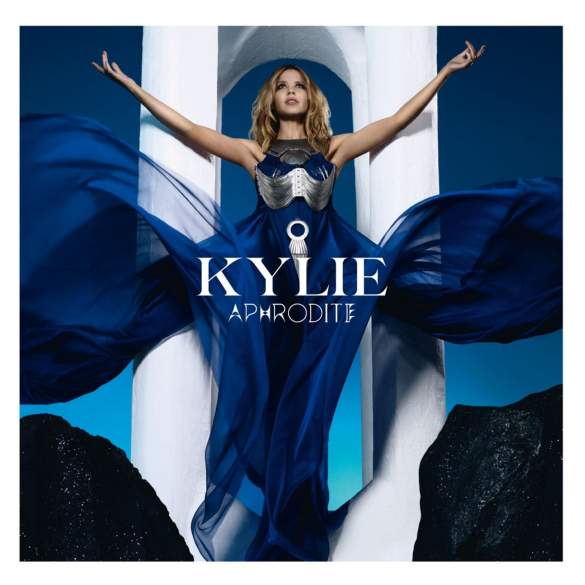 Today’s is the turn of “Aphrodite”:

“Aphrodite” is Kylie’s eleventh studio album, released on 5 July 2010 by Parlophone. In early 2009, the singer met with British singer-songwriter Nerina Pallot with the intention to begin the recording sessions for a new record. Although at first the meetings seems successful, the sessions later became quite unproductive; Then Minogue started working with British electronic music producer and Grammy winner Stuart Price, who finally became the executive producer of the album.

A collection of “Demos” and “Unreleased Tracks” from the album:

The two collaborated with various producers and writers along the recording process of “Aphrodite”, including old collaborators Jake Shears and Calvin Harris or the upcoming DJ and producer Sebastian Ingrosso. Although the album follows a musical approach mostly similar to Minogue’s previous albums, this record is a lighter dance-pop and disco record.

In the UK, the album debuted at number one on the UK Albums Chart, earning Kylie the Guinness World Record for “Achieving the most consecutive decades with top five albums in the UK”. The British Phonographic Industry certified Aphrodite platinum. The album also achieved robust charting internationally, reaching the top-five in countries like France, Belgium, Greece and Spain. It also became Minogue’s second highest-charting album ever in the United States by peaking at number 19.

Four singles were released from “Aphrodite”:

The lead single “All the Lovers” was a total commercial success, peaking at number three in the UK and reaching the top ten in more than 10 countries worldwide. Although in Australia, it narrowly missed the top 10 by peaking at number 13.

Subsequent underperformed singles “Get Outta My Way”, “Better than Today”, and “Put Your Hands Up (If You Feel Love)”, caused Minogue disappointment with her label.

From the initial recording sessions with Nerina Pallot, there’s only one track on the album, which is “Better than Today”. As from that moment, Parlophone decided to go on a more natural and less produced style for “Aphrodite”. Failing to find the right direction, Kylie approached her close friend Jake Shears (Scissor Sisters), for advice. Jake encouraged her to work with Stuart Price, a three times Grammy award-winning electronic producer who had just collaborated with Scissor Sisters on their third studio album “Night Work”.

As executive producer, Price was the maximum responsible for “shaping the album’s sound”, deciding its tracklist, and mixing the songs to ensure that they “feel like they’re part of the same album”.

“Aphrodite” marked the first time Minogue enlisted an executive producer to one of her album; discussing the process, she said:

“It was just the best experience, and funnily enough I think it’s the most cohesive album I’ve had since the beginning of my career, back in the early days, whereby its very nature made it cohesive. There’s a lot to be said for working with different producers and trying different stuff which has worked really well for me in the past, but I definitely wanted someone to tie this together as Stuart has done so beautifully so that it existed as a real body of work”.

Minogue and Price subjected songs on “Aphrodite” to a fun and surreal “Parton Test”, as they “knew a song would work in the album if it made sense when sung in the style of country icon Dolly Parton”.

Billed by her record label Parlophone as her true comeback album, “Aphrodite” is a real celebration of Minogue’s “dance-floor roots” nature, and is primarily a hopeful and airy dance-pop album. Its title alludes to the famous Greek goddess of love, beauty, pleasure, and procreation.

“All the Lovers”, which curiously one of the last tracks to be recorded for the album, is a “squiggly” electropop-disco influenced disco track written by Jim Eliot and Mima Stilwell, who had previously written Kylie’s “2 Hearts”, the lead single from X.

The second track “Get Outta My Way” combines electronic music and bubblegum pop with disco elements. The song which focuses on a “frustrated and furious” Minogue delivering “wispy” vocals in the form of a warning to her uncaring partner, was almost offered to Britney Spears, who didn’t win the battle as she did with “Toxic” years before.

“Put Your Hands Up (If You Feel Love)” is influenced by genres like hi-NRG and club music. Following track “Closer” takes a darker atmospheric approach, featuring harpsichord-esque synths. Is considered one of the more exciting and experimental tracks of the album.

Although Price said that he didn’t want any ballads included in the album, is clear that “Everything is Beautiful” was penned like one. “Aphrodite”, the title song of the album, is a late nineties-influenced dance song which features a danceable “foot-stomping” beat and additive “military drummed” instrumentation, similar to that of a marching band.

Minogue wrote the melancholic seventh track “Illusion” with Price at the late sessions of the album. “Better than Today”, the first track to be recorded for the “Aphrodite” and the second collaboration with singer-songwriter Pallot, is a “breezy summertime” pop song influenced by electropop and country music.

Rave music is a significant influence on “Too Much”, a synthpop track was written by Minogue and old-collaborators Jake Shears and Calvin Harris. The rocky dance song “Cupid Boy” finds inspiration from English alternative rock band New Order and features Minogue delivering “lusty” vocals over a retro bassline about her boyfriend at the time Andrés Velencoso.

“Looking for an Angel”, one of the first songs Minogue and Price wrote together for the record, based on “celestial synth strings”. The album closes with the electropop track “Can’t Beat the Feeling”, which is influenced by French electronic music duo Daft Punk.

“Aphrodite” is an album by a Kylie, who knows exactly what are her skills and who she needs to hire to help her showcase them to perfection level”. The album is also a perfect example of cohesion and the ability to create consistent sound without sacrificing each track’s individuality.