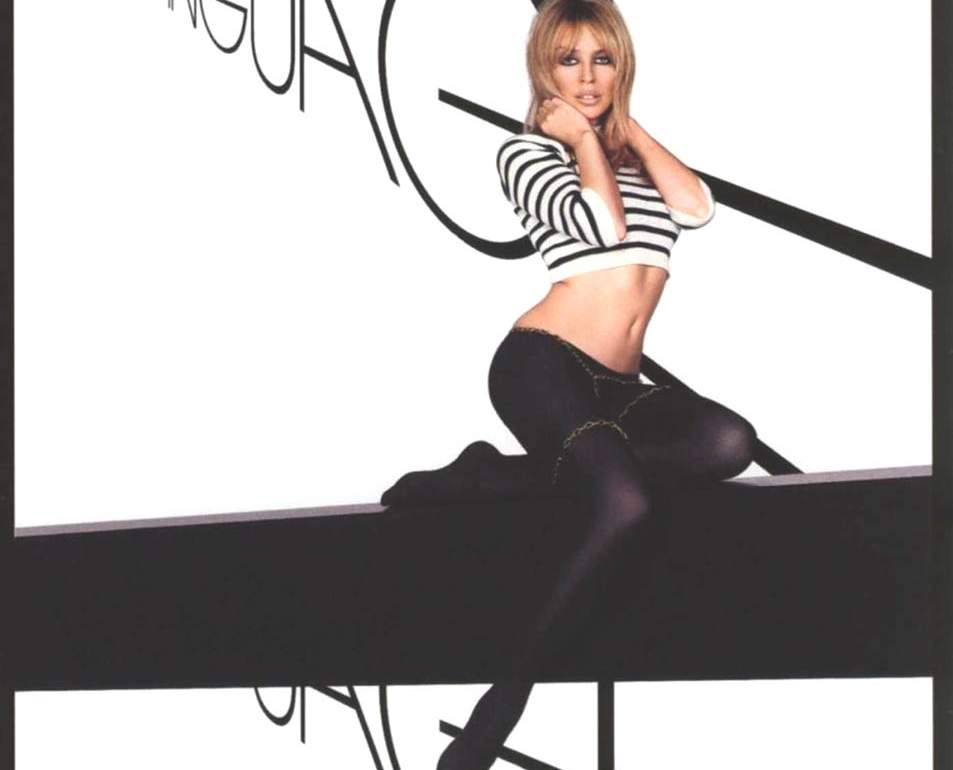 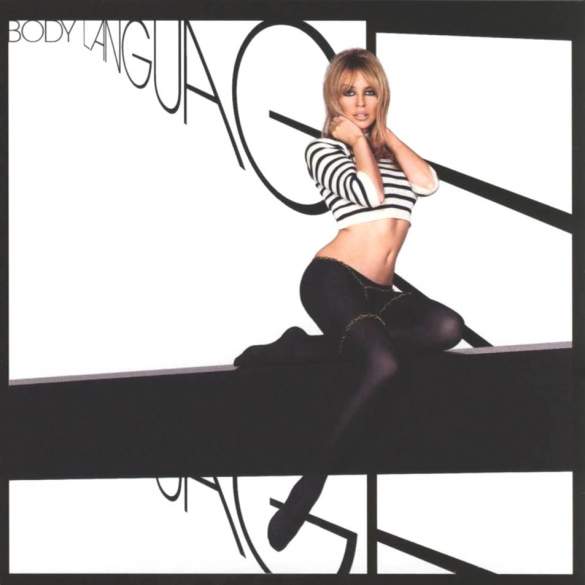 Today’s is the turn of “Body Language”:

“Body Language” is Kylie’s ninth studio album by Australian, released on 10 November 2003. The Australian singer had a hard challenge with this album, after the massive commercial success of “Fever” (2001).

Minogue enlisted a diverse group of old-time collaborators and new writers and producers to help in the production of the new album. We’re talking about people like Cathy Dennis, Dan Carey, Johnny Douglas, Emiliana Torrini, and Kurtis Mantronik among a few others.

“Body Language” was heavily influenced by the 1980s and iconic artists like Prince and Scritti Politti. The album explores darker genres like electroclash and synthpop music. Many tracks in “Body Language” also contain references to songs from the 1980s and lyrically, the album touches profoundly upon themes of enjoyment, sex and flirting.

A total of three singles were released from “Body Language”:

“Slow” the lead single was released in November 2003, and was a huge commercial success, peaking at number one on huge charts like Australia, Spain and the United Kingdom.

“Red Blooded Woman” was chosen as the second single in March 2004 and soon reached the status of Kylie’s classic track for the general public. Also, it entered the top five in the United Kingdom and Australia.

“Chocolate” was released as the final hit single in June 2004, and peaked inside the top 10 in the United Kingdom. In spite of that, it’s considered one of Kylie’s sexist songs.

To promote this new album, Minogue performed at a one-off concert show held at Hammersmith Apollo (London) on 15 November 2003 to mark the release of “Body Language”. No tickets were available for sale, and only some lucky fans with invitations were allowed to attend the show, which was funnily entitled “Money Can’t Buy”.

Ahead of its release, “Body Language” received mixed reviews from music critics, some of then complimented Minogue continuous desired for experimenting with new genres and the overall 80’s production of the album. Some critics, however, opined that many songs lacked catchy parts and rhythms and were not suitable for dancing like her previous works. Commercially, “Body Language” performed well, although it was not as successful as “Fever”.

Kylie’s explanation of the style of “Body Language”:

“I first got into pop music in ’81, I’d say. It was all about Prince, Adam [and] the Ants, that whole New Romantic period. Prior to that, it was the Jackson 5, Donna Summer, and my dad’s records – the [Rolling] Stones and Beatles. The influence we used on Body Language was more mid-’80s, specifically Scritti Politti”

Talking further about Scritti Politti, who is a British new wave/synth pop band, Minogue reminisced about her collaboration with the Scritti Politti’s frontman Green Gartside, who provides vocals on the track “Someday”, saying:

“To this day I haven’t met him! I left a message on his answering machine, saying, “Hi, it’s Kylie! I just wanted to say thanks so much! You sound brilliant!”.

“After Dark” was co-written by Cathy Dennis, who had previously co-written Kylie’s smash “Can’t Get You Out of My Head”. Torrini, who co-wrote “Slow”, revealed how she was approached for writing the song, saying:

“It was like I had just accidentally walked into the line of fire with, “Hey! You There! It was all quite surreal. I still think Kylie’s people were trying to call Jamelia, and they just got the wrong number. It’d be much funnier if that is how it actually happened”.

“Body Language” was an example of Kylie’s expanding her “horizons” as a pop icon, with an album which felt consistent and stylish and retro without being smarmy.

The album is conformed by a solid sexy set of tracks glued together by 80’s danceable beats and Minogue’s natural talent for picking outstanding songs and producers.

“Body Language” was a risk because it’s less immediate and more alternative and experimental; founding herself in a midway point between the eclectic electronica of 1997’s “Impossible Princess” and Minogue’s more recently and mainstream post-millennium work.

In conclusion, “Body Language” is exceptionally tastefully done, a soulful disco modern R&B record with a massive sense of class on it, which confirms that Kylie’s is one of the greatest and riskiest artists of our generation.