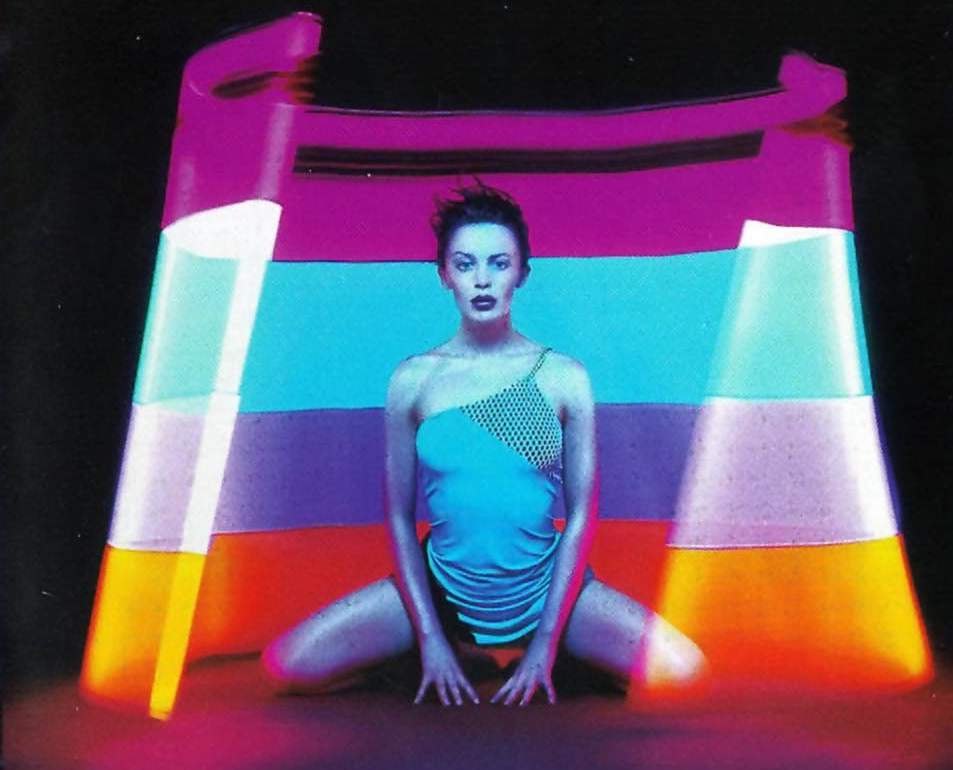 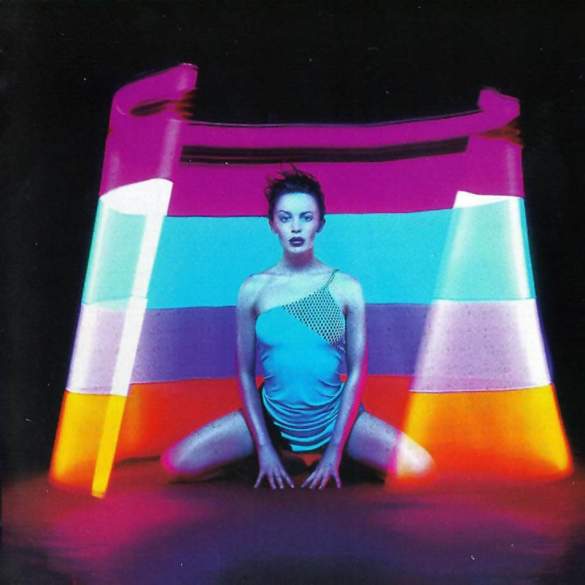 Today’s is the turn of “Impossible Princess”:

“Impossible Princess” or retitled “Kylie Minogue” in Europe for a few years, is Kylie’s sixth studio album. The distribution of this album was crazy, it was first released in Japan on 22 October 1997, and distributed worldwide by Mushroom and Deconstruction months later with a lot of delays problems that affected the commercial success of the record.

Although a few copies of the “Impossible Princess” were printed in mid-1997, the death of, Diana, Princess of Wales on 31 August 1997 delayed all the released because of the title of the record. Minogue and Deconstruction felt that the record’s aforementioned titled was “insensitive” and the label delayed its release. Also, Minogue and her management came to a difficult mutual agreement to re-title it “Kylie Minogue” in Europe, the same name as her previous 1994 record. However, upon the album’s remastered and re-released edition almost ten years later, the album re-instated the “Impossible Princess” title in those regions.

Five years after the record original release, “Impossible Princess” was remastered as a double CD album; the first disc featured the standard tracklist, whilst a bonus disc featured remixes and three unreleased recordings.

Once again the Australian singer asserted partial creative control over the project (encouraged by music and friend Nick Cave) as a co-producer and co-writer. She was assisted by various musicians and producers, like Brothers in Rhythm, Manic Street Preachers, David Ball and Rob Dougan.

The title of the album is a reference to the Billy Childish’s 1994 novel “Poems to Break the Harts of Impossible Princesses”. Is one of her favourite books she recalled that only looking at the title of the book, and saying that “It had me written all over it.”

In the musical aspect, “Impossible Princess” is a total departure from Minogue’s previous music, having taken a massive influence by the Asian music, Techno and Britpop revolution in the mid-to-late 1990s. An experimental record, which encompasses -ahead of her time- a variety of darker styles from the dance genre, including trip hop, electronica, rock, drum and bass and house. Additionally, the records included elements from Middle Eastern music and Celtic origins.

Lyrically, the album’s central theme is about Minogue’s self-discovery, which she found during an essential series of trips with French photographer and that time boyfriend Stéphane Sednaoui in Asia, America and Australasia. The record further delves into the freedom of expression, emotions and relationships.

Upon its release, “Impossible Princess” was highlighted for Minogue’s exceptional creative input and the mixture of genres. Commercially, the album has a moderate success reaching the top 10 in Australia, Scotland and the United Kingdom. However, its lack of success in Europe and USA was further scrutinised by the British media.

A total of four singles were released from “Impossible Princess”: “Some Kind of Bliss”, “Did It Again”, “Breathe”, and “Cowboy Style”, all which experienced the same moderate success of the album.

After a small promotional tour in 1997, Minogue embarked on the “Intimate and Live Tour” in Australia and the UK the following year, which was a commercial and critical success been considered now as one of her best tours.

The recording process of the record was a curious experience. Each morning, Kylie decided to present a set of lyrics to Dave Seaman (Brothers in Rhythm member) from the night before, to polish her writing skills and find the right direction for the project. By October 1995, they started recording rough demos in Chippenham (UK). From those sessions, they completed their first track “You’re the One”, which was leaked an almost a decade ago. Four more songs were developed at Real World studios; “Too Far”, “Did It Again”, “Limbo”, and “Cowboy Style”. Moreover, “Limbo” and “Did It Again” were published by Kylie’s decision in their original demo form because she felt the rawness of the songs worked better with the concept of the album.

Once you listen to “Impossible Princess” is easy to notice that Kylie was inspired by the recent releases of Björk, The Verve, The Chemical Brothers, Garbage, and Towa Tei, all introduced to her by her boyfriend Sednaoui. Part of the charm of this album resides in the rock elements and the live instrumentation, a technique that was never introduced in any of her first five studio records.

One more curious thing about this album, is that Deconstruction’s A&R department were absent during the whole album’s recording process, due to the illness of the label’s director Pete Hadfield. Because of this and the advice of Nick Cav, Minogue stood in to take the creative control over the project.

She was so involved that to help with the production of the album, she attended each music session with Steve Anderson and Seaman to learn about composing and arranging instruments.

This unexpected class results in an unaccredited credit as a co-composer and co-producer to the songs “Too Far”, “Breathe”, and “Say Hey” with Brothers in Rhythm; in which she played the grand piano and the synthesizer.

Also, “Impossible Princess” take the longest period of time of recording process of Minogue’s career at that time, with almost two years in the making. Later producer and friend Anderson later explained that its long time was “due to the pure perfectionism of all creatively involved”.

Kylie’s ventured outside her comfort zone with this record and indeed finds herself stretching way beyond anything she had done before. A chaotic record of self-discovery that was ahead of his time and undoubtedly the most misunderstood album in her career.

The first batch of darker tunes opens with the immersive drum and bass composition “Too Far”, in which Minogue discuss her paranoia and anger; “Did It Again”, a “fuck off media” rock song heavily influenced with Middle Eastern beats. The guitar-driven tune “I Don’t Need Anyone” which was created from four sets of different songs and “Jump”, the trip-hop self-affirmation banger, in which she advises the public to accept her during her career and personal choices.

Moreover, a major part of “Impossible Princess” consists of softer material, including the joyful number “Some Kind of Bliss”, which was also the first single. “Breathe”, was written in Japan and was described as a “subtle but intense” electronica masterpiece. Another electronic-infused tune is Kylie’s own “late-night, early-morning” anthem “Say Hey”. “Dreams” serves as the album’s standard edition closing song, and is an orchestral pop ballad that discusses her persistence of pushing boundaries and experimentation.

The remaining tracks on the record focus on her relationship with Sednaoui. “Cowboy Style”, a country number that was pretty much influenced by Celtic and tribal percussion. It details Minogue’s first meeting with Sednaoui. However, there’s room for darker subjects like frustration at the techno-induced “Drunk”, which has Minogue feeling unsatisfied with her actual relationship. “Limbo”, a hybrid between glam rock, techno and drum and bass, was written in Spain. Kylie also had time to mention one of her ex-boyfriends on “Through the Years”, a song about feeling insecure and doubtful, which was later compared to outstanding Bjork’s single “Venus as a Boy”.