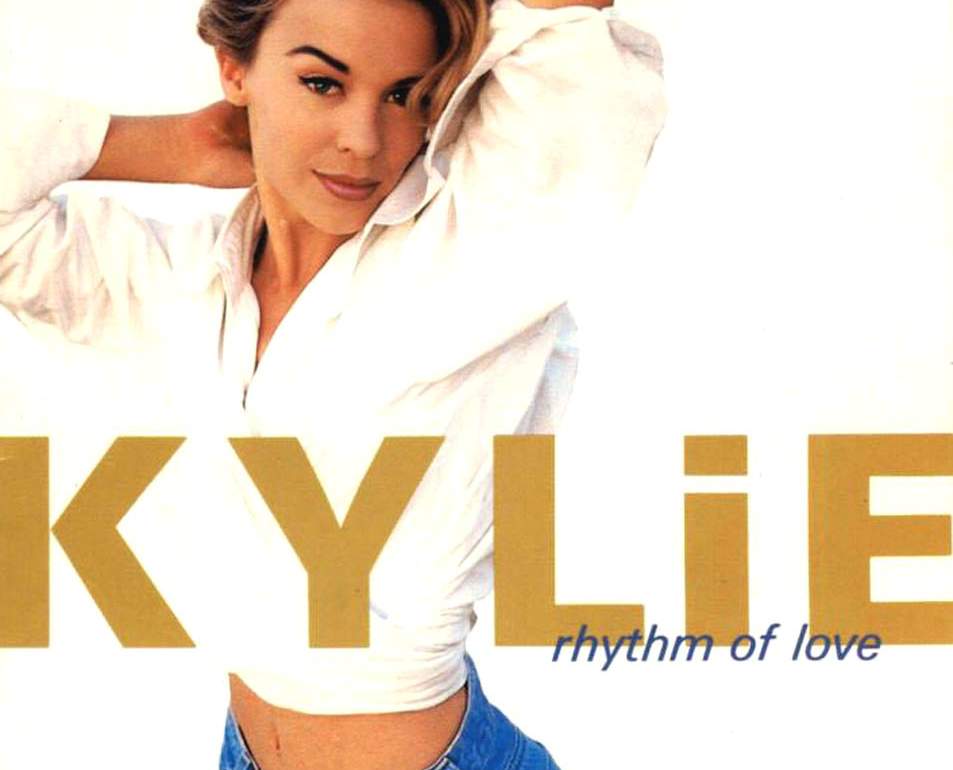 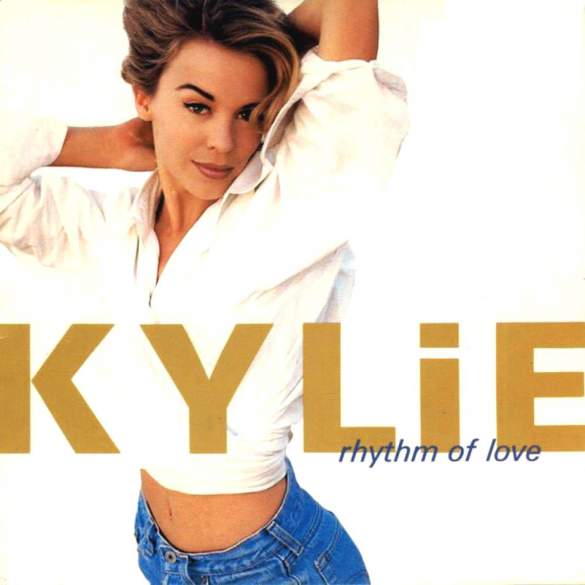 Today’s is the turn of “Rhythm Of Love”:

“Rhythm of Love” is Kylie’s third studio album, released on 12 November 1990. It was recorded during the spring and summer of the same year in London and Los Angeles. In contrast to her previous two studio albums, Stock Aitken Waterman were the main producers of the album, but it featured new producers and collaborations including three more producers Keith Cohen, Stephen Bray and Michael Jay.

At the age of twenty-two at the time, Minogue started the route that has marked her career and one of the reasons why her fans love her so much, to become extremely involved in all the aspects of the process of making an album. This new ya of thinking resulted in a record that reached a new path in her music career, with a more sexual-mature image and a more Eurodance-influenced sound.

The subjects of “Rhythm of Love” included her real-time adulthood, cheating, having fun, bad boys, crushes and relationships.

At that time her team decided to give the critics the chance to listen to the album before her release. “Rhythm of Love” received more positive reviews from most music critics than her previous efforts. With many complimented it as her best work and praising Minogue herself for making the decision of stepping out of her comfort zone.

Four singles were released from this album: “Better the Devil You Know” which is one of Minogue’s biggest successes ever, “Step Back In Time” a joyful disco song that intended to pay tribute to the 1970s, “What Do I Have To Do” the original second single and one of the standout tracks of the album and “Schoked” the little funky catchy song that closed the era.

One of the curious things about “Rhytmn Of Love”, was that for the first time, Minogue co-wrote a few songs of the album. Like some of the previously mentioned tracks, the album was a clear departure from the bubblegum pop music of its predecessors and attempted to present a mature polished contemporary dance sound. Which was influenced by her then-boyfriend, the lead singer of INXS Michael Hutchence.

“Rhythm Of Love” was a stronger Kylie, with more polished songwriting, a more variety and dynamic production, and more confident vocals from a star that really has a strong underrated voice.