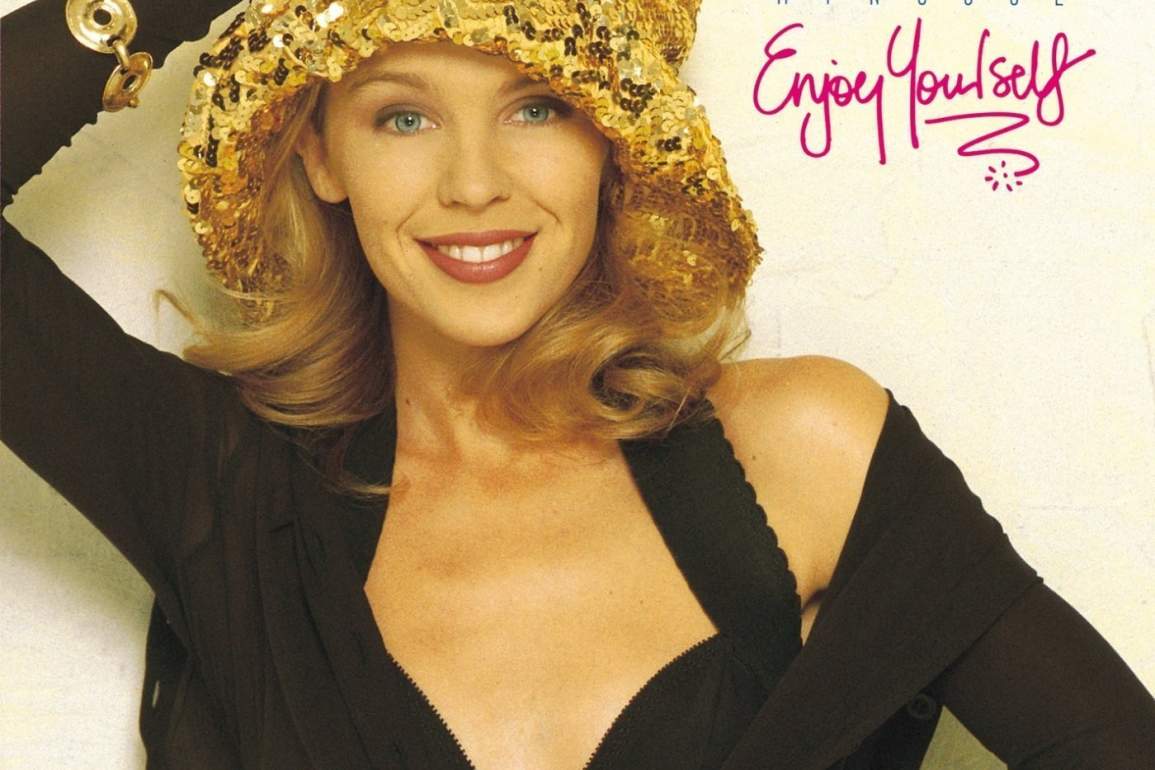 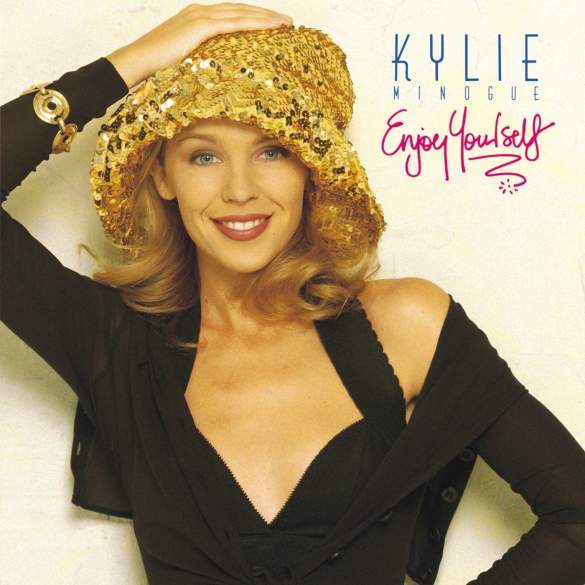 Today’s is the turn of “Enjoy Yourself”:

“Enjoy Yourself” is the second studio album by Kylie Minogue, released on 9 October 1989. Although in the United States, it was released in 1990 by Geffen Records but because of his limited promotion, the album did not appear on any major album charts, leading to Kylie Minogue being dropped from Geffen Records. This was Minogue’s last album released in the country until her eighth acclaimed studio album, “Fever” (2001).

The album was almost entirely produced and written by Stock Aitken Waterman, except for the cover track “Tears on My Pillow”.

A total amount of four singles were released from the album. The first one, was “Hand on Your Heart”, which had a huge success, peaking high at numerous markets like Australia and number one in the United Kingdom. The album also contains the singles “Wouldn’t Change a Thing”, “Never Too Late” (one of our favourites), and a cover of “Tears on My Pillow”, which was featured on the soundtrack to Minogue’s debut film, “The Delinquents” (which original soundtrack was commended to David Bowie).

“Enjoy Yourself” received a lot of mixed reviews from music critics, who regarded the album as “the most catchy pop material” but criticised its similarity to Minogue’s debut release, which is normal if we consider that the album was recorded and released in less than a year after her debut.

The initial commercial success of the album was following by Minogue’s first world tour; the “Enjoy Yourself Tour”. Beginning in 1990, the tour travelled to Australia, Britain and Asia.

The album continued to explore that image of the “Girl-Next-Door” who makes catchy pop stuff and has an incredible charisma in front of the camera and on the stage. Also is easy to understand the success that the album has in Europe, because of all the similarities between Kylie’s style and the Eurodance-Pop wave that was shaking the continent at that moment. She was serving pop anthems, and people noticed that.

“Enjoy Yourself” also has more variety than the previous “Kylie” which critics used to appreciate that, but the album has definitely lost pop power to continuity and uniformity. The critics also mentioned that Kylie has a long road ahead to gain any artistic innovation which was proved wrong in a short time.