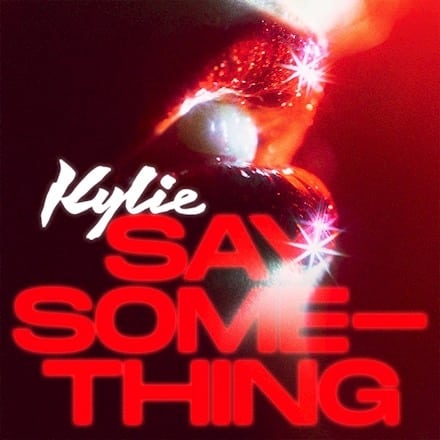 Kylie Minogue surpasses herself with the outstandingly beautiful “Say Something”, her best single since “All the Lovers”

I can’t think of any artist that has approached quarantine on such an extraordinary and productive way as Kylie Minogue. She learned how to record her vocals and process them while recording a whole new album.

It was clear that something was coming after all those social media updates about music. Still, it wasn’t expected for the majority of her fans and media, that her new album Disco (out November 6th) was on such an advanced stage of the process.

The first single “Say Something” is a total departure from Golden, but such an extraordinary recall to the days of the Fever era (2001) that gave us remarkable pop songs like “In Your Eyes“, “Can’t Get You Out of My Head“, “Love at First Sight” and “Come into My World“ among others—but mixed up a bit with the ethereal and bright sound of Aphrodite too.

“Say Something” is a gorgeous track that sounds like a classic Kylie single, but at the same time is hitting the mark for “fresh grown-up disco” with all those outstanding layers on the production and the background vocals. It’s incredible to think how capable is Kylie not only to reinvent herself each era but also to deliver this quality of music with more than 30 years in the business.

Kylie’s fifteenth studio album Disco is scheduled to be released on November 6th and will include a total of 16-track. More information about the tracklist will be revealed upon the highly-awaited release.

Love is love it never ends, can we all be as one again?