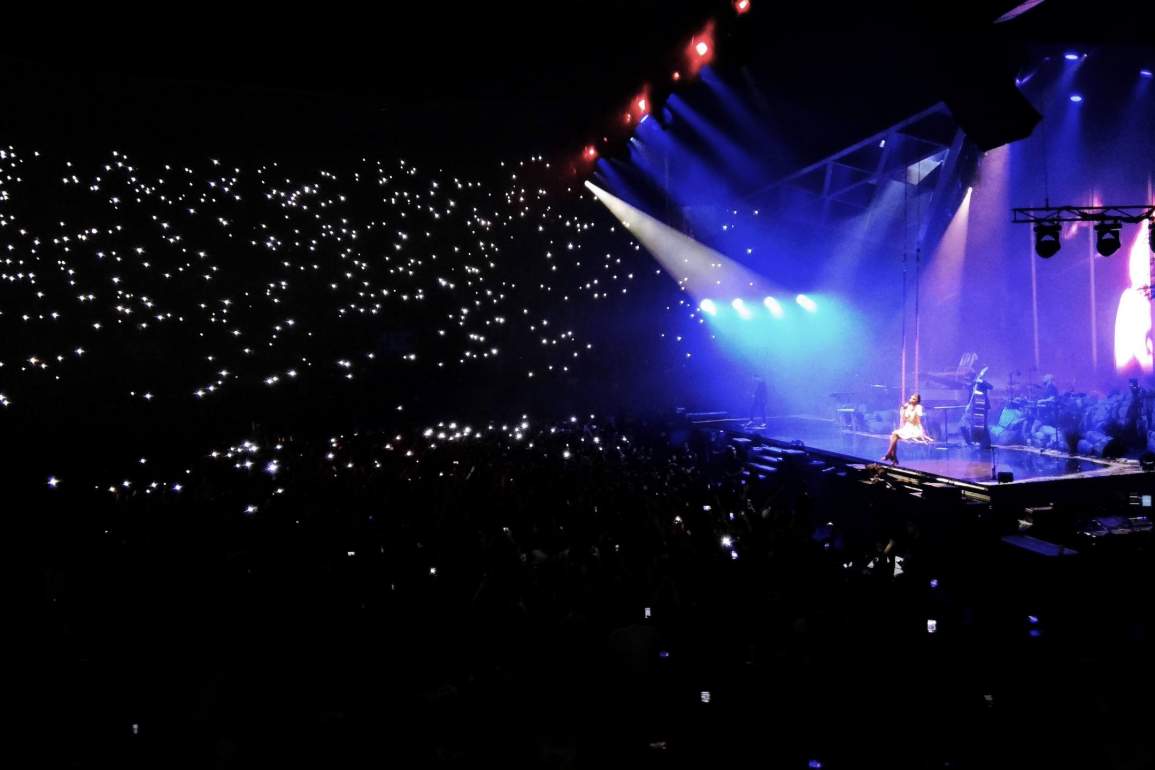 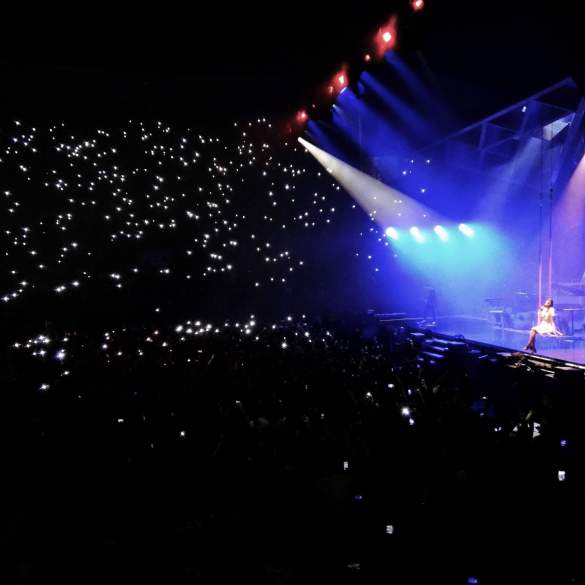 Lana Del Rey shines and conquers the public of Madrid

Lana del Rey is pure seduction and melancholy, a medley of emotions that she has been offered since the beginning of her career. Ans is precisely that vintage sadness style has crowned Lana as the absolute queen of the indie-pop scene.

Around 8:40 p.m., Cat Power’s performance began, who in spite of her 20 years in the indie scene unjustly doesn’t have the fame and recognition she deserves.

Cat Power’s warm attitude and experience, is just so good and some of the youngsters who stay at the Palacio de Vistalegre should check out her amazing discography after the concert.

Almost an hour and a half later, the Palacio Vistalegre roared and celebrate the entrance of Lana, who smiled defiantly at the spectators.

“13 Beaches” one of the best songs of her latest record “Lust For Life”, was the chosen one to open the concert, a song distinguished by its lyrical symbolism, sensual choreography and energetic melody that transform the atmosphere of the venue since the minute one.

The first part of the repertoire of the concert was formed by the songs belonging to her last album, highlighted by the iconic and rare smile of the artist on the cover, which marks her intention to get out of the pessimistic style (without achieving it at all) and offer a poetic level that describes Lana’s point of view about American society and her own life.

Later, with a slow rhythm and a public totally devoted to the American singer, she continued with the songs “Scarborough Fair” and “Pretty When You Cry”, lowering the tempo and playing with the elegant audiovisual staging of the show, which allowed him to lie down and interact in the vintage images created for the occasion.

Later, she has recalled the songs that brought him to fame, such as “Born to Die”, from his first album, and she reminded the audience why this young girl with a delicate appearance and erratic character is where she is. The public was totally going nuts with this track and the atmosphere was unforgettable.

The turning point of the performance was “Video games“, where the artist has placed herself on a swing and sung masterfully in front of a venue full of flashes and shouts of admiration.

“This is exactly what I wanted, to connect with all of you, after this, I do not even know what to touch”, the artist admitted in front of her audience.

After this emotional moment, she has to continue with some of the fans favourites and early-career masterpieces “Yayo”, “Summertime Sadness” and “National Anthem”. The public really got into this three performances being especially “Summertime Sadness” one of the most hummed of the night.

Finally, Lana Del Rey closed the final concert of the “The LA to the Moon Tour” with the explosive “Off The Races”, selfies on stage, the lights, the imagery of the stage screen and an outstanding effort of her band that has made the audience go crazy and end this unforgettable concert with a bang.