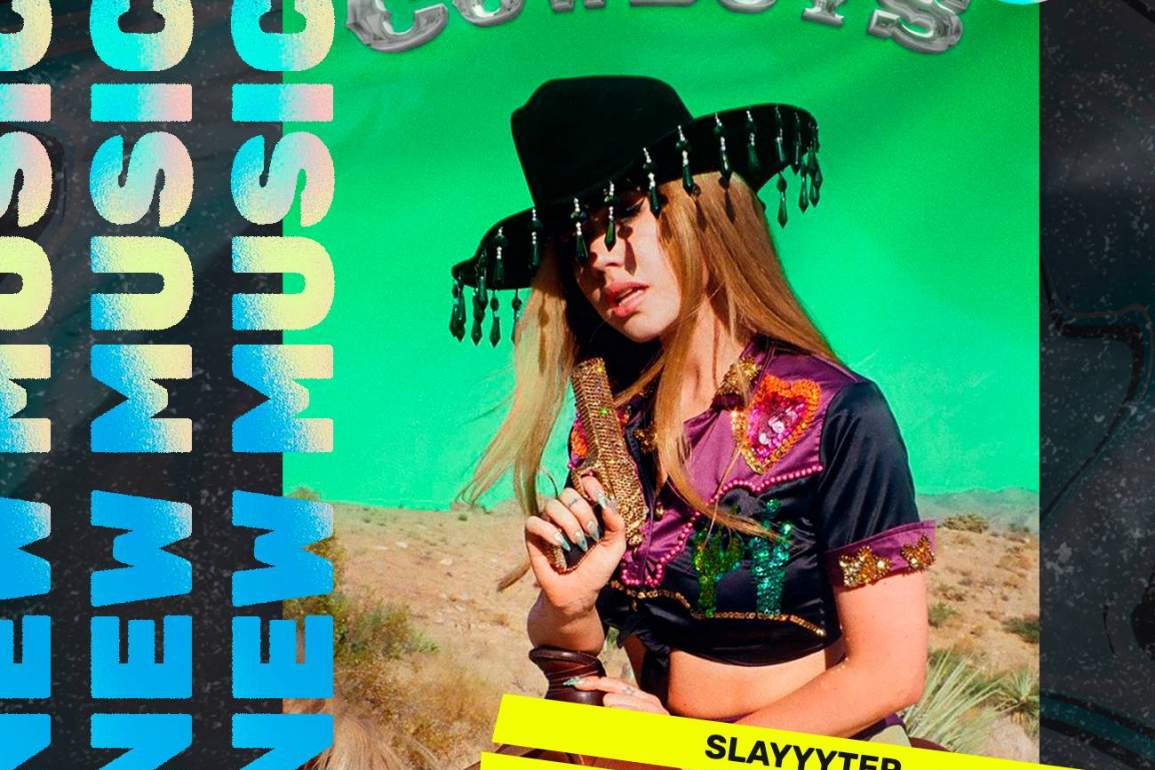 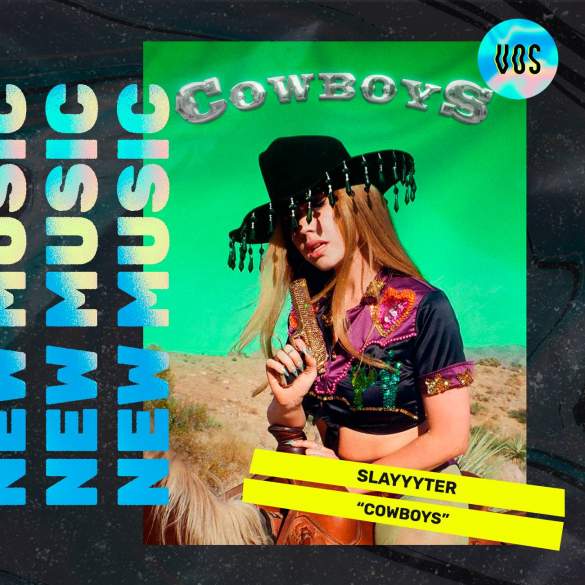 Slayyyter’s debut album Troubled Paradise is out on June 11th. The unstoppable American pop sensation keeps feeding us with new bangers and a lot of variety.

“Cowboys” is the fifth single out of Slayyyter’s upcoming debut album Troubled Paradise. It follows the release of explosive “Self Destruct” alongside Wuki and unapologetically sexual “Throatzillaaa” of 2020, as well as the pop-house “Clouds” and the album’s title track which were both released this 2021.

On “Cowboys”, Slayyyter keeps destroying classical pop structures, creating a wall of sound that hits all of your senses with ferocity and playfulness. The song is packed with references to Western’s culture, including John Wayne, films and even old-fashioned gunshot sounds.

Although I adore how she is again not afraid of experimenting with her songs’ structure, I was hoping for a final explosive chorus that never came, which is a bit frustrating.

Her music and delivery are getting so “tight” that this is set to be one of the best pop releases of 2021.