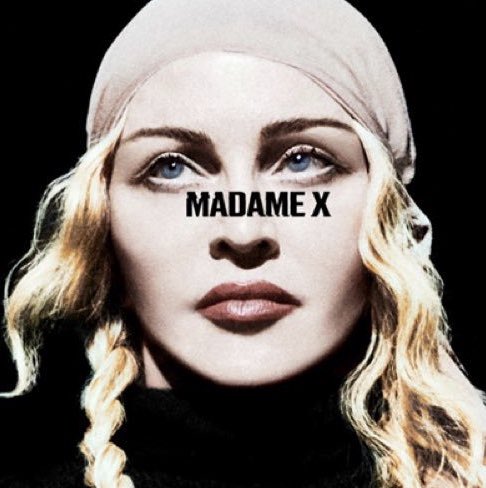 Madonna has finally announced that her new album is titled Madame X, leaving behind the persistent rumours that pointed to Magic as the official title of this project, since the artist has used this word many on her social media accounts since she started to work on this new project.

Madonna had left several clues about the name of this project in her social accounts in the recent days, coming to share a playlist of Spotify with 6 songs from her repertoire whose first letters together made up the word “MADAME”, plus small videos of an X in different colours and shapes that appear every time that you play those tracks.

In a new visual preview of the project, which seems to confirm a highly conceptual album, Madonna says she has decided to call her new album Madame X and explains who this character is:

“Madame X is a secret agent who travels around the world, change their identity, fight for freedom and bring light to dark places. She continues: ” Madame X is also a “gangster, a state leader, a housewife, a rider, a prisoner, a student, a mother, a daughter, a teacher, a nun, a sinner, a saint, a whore and a spy in the house of love. “

At the beginning of the preview, you can also hear part of a new song, that it seems like an emotional ballad with piano, strings and electronic arrangements in which Madonna will sing about the pain of not being loved.

Also is time to remember that a year ago, Madonna presented a new song called “Beautiful Game” at the MET Gala, that finally, it will appear on Madame X as ‘Dark Ballet’.

Among those involved in the album are Mirwais (producer of Music and American Life), Maluma, Anitta and Mike Dean (mostly mixing and mastering). Plus the constant rumours and half confirmations that Madonna will be the guest artist in the Eurovision final this year.

UPDATE (7/5/19): The Madame X Tour has finally been announced, here you can find all the information about the tour. (Here)

UPDATE (16/4/19): More info about Madame X has just leaked, here is the official tracklist and the physical editions for the album: