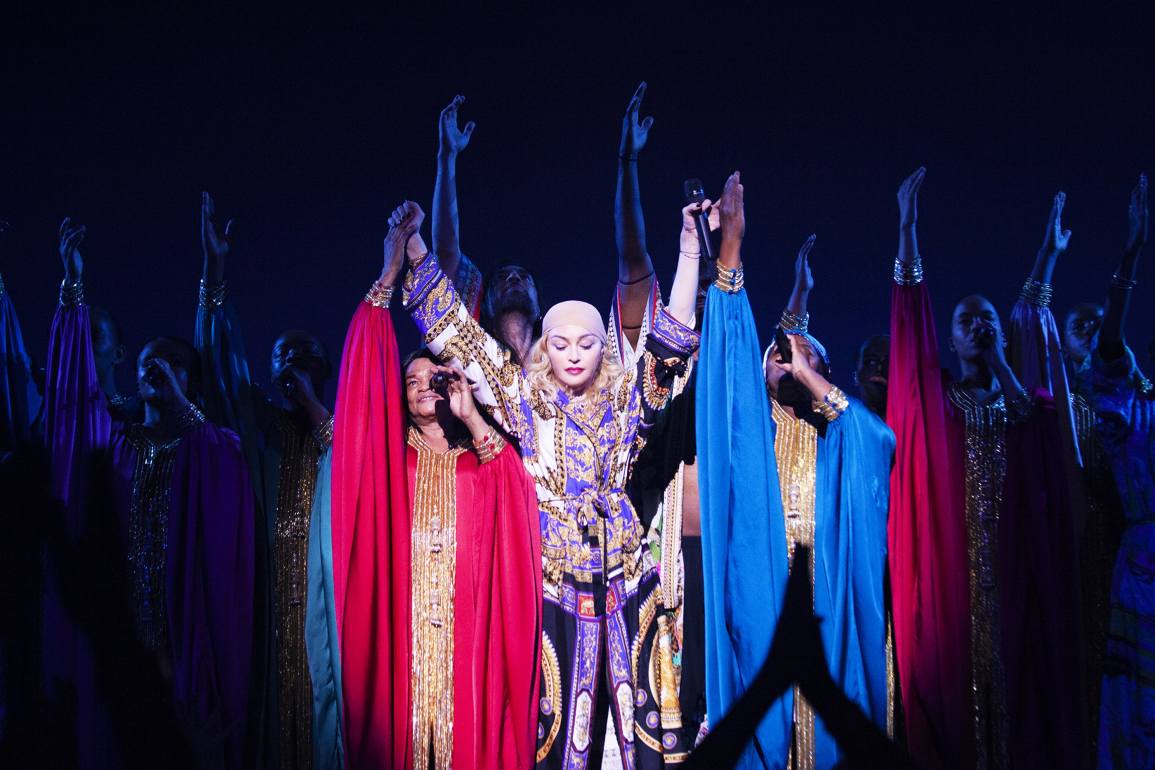 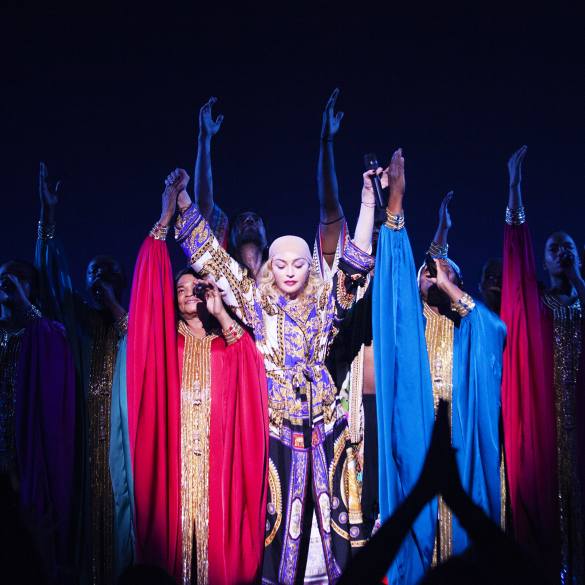 I’m not gonna lie when I said that I was feeling quite afraid about this show at first. This new career movement feels like two things, an intent to do something new for a massive icon like her (nobody’s doing theatre shows at that level of fame), but also an opportunity to scale down the tour to handle Madonna’s apparent limitations, because let’s be honest she doesn’t have the stamina necessary to fill a stage as massive as The Rebel Heart Tour or The MDNA Tour again.

Also, the recent events that include a knee injury, that she’s still suffering and will be suffering for the rest of tour, plus the cancellations in the USA added a bit more of insecurity and fear to what these shows can be offering to the public.

The decision of forbidding the use of phones inside the theatre is also another point of fear added to the experience of the show, from one side is a smart choice to avoid the recording of bad moments of the show to surface on social media and generate adverse criticism about it, and from the other side is a challenge for the audience to experience a concert like this without doing a live streaming or recording videos to impress their followers. At the same time, they’re not able to connect with the moment.

The show started one hour late because of the enormous storm that occurred in Lisbon just a few hours before, which caused some leaking through the rooftop into the scenario. Madonna also mentioned a few times during the show that they almost cancel it because of it.

The Coliseu dos Recreios was surprisingly small, and the atmosphere was quite warm and exciting for the Queen of Pop doing a spectacle so near to her fans in what it feels like a private and exclusive life moment.

Since the beginning of the show with “God Control”, Madonna makes clear that this is not like her previous tours, that this is on another level (for better or for worst that depends on you) and that probably this will be the last time that her fans are gonna be able to experience a massive titan of pop like her on an intimate experience like this.

This show feels so surreal like you’re are watching a Broadway representation or even a movie. You cannot process that an artist like Madonna is performing on such an intimate space like a 4.000 capacity theatre without any eccentricities and a huge catwalk “to be more near to the public”.

There was much use of backing vocals and vocals effects during the show. Still, she was surprisingly good vocally during the 2-hour spectacle, especially on the midtempos and that fantastic fado homage to Celeste Rodrigues (sister of the also iconic fado singer Amália Rodrigues) making a cover of “Ouvi Dizer Que Me Esqueceste (Guitarra Triste)” with the company of Gaspar Varela, who is the grandson of Celeste and one of the most talented and promising guitarist of his generation.

She was quite talkative during the show both to thank Portugal and Lisbon for all the magical inspiration and to criticise the actual state of the world and promote a message of love and freedom, which fits into her whole career as an artist who is engaged to multiples social causes through her art and her charity work.

In terms of the staging, it was quite advantageous but straightforward when it comes to quickly transform the scenario to create new dimensions with the help of the illumination and the continuous projections. Particularly “Frozen” was an excellent example of how good visuals can make the difference, with her daughter Lourdes dancing artistically over her mom creating an unforgettable and evolving atmosphere for the spectators.

And for the last the public, I have mixed feelings with this. We have a 20% of continuously annoying shouting people who were super disturbing and probably drunk, then 30% of the public who didn’t move a single muscle on the whole show and then a 50% of real fans who were giving their best singing and dancing at any moment like it should be done in every concert. But in general, I would say that on the required moments like “Like A Prayer”, they were into the performance as it was necessary for the sake of the concert.

In conclusion, The Madame X Tour would make an excellent goodbye in case that Madonna decided to retire after this era. She’s serving a concept, a social message, her own history as the Queen of Pop, a new begging of inspiration and a bunch of hits and visuals to impress the public.

Is hard to image than experience like this would happen again not only with Madonna but with any other artist in the music industry because it takes a lot of guts to do a show like this 37 years into your career on a society ready to demolish you by your age, your voice, your dancing, your music and any little single mistake and wrong artistic decision. But you all know what, you don’t become the queen without taking risks.

Here you can find an excellent montage that will show you a little resume of The Madame X Tour: