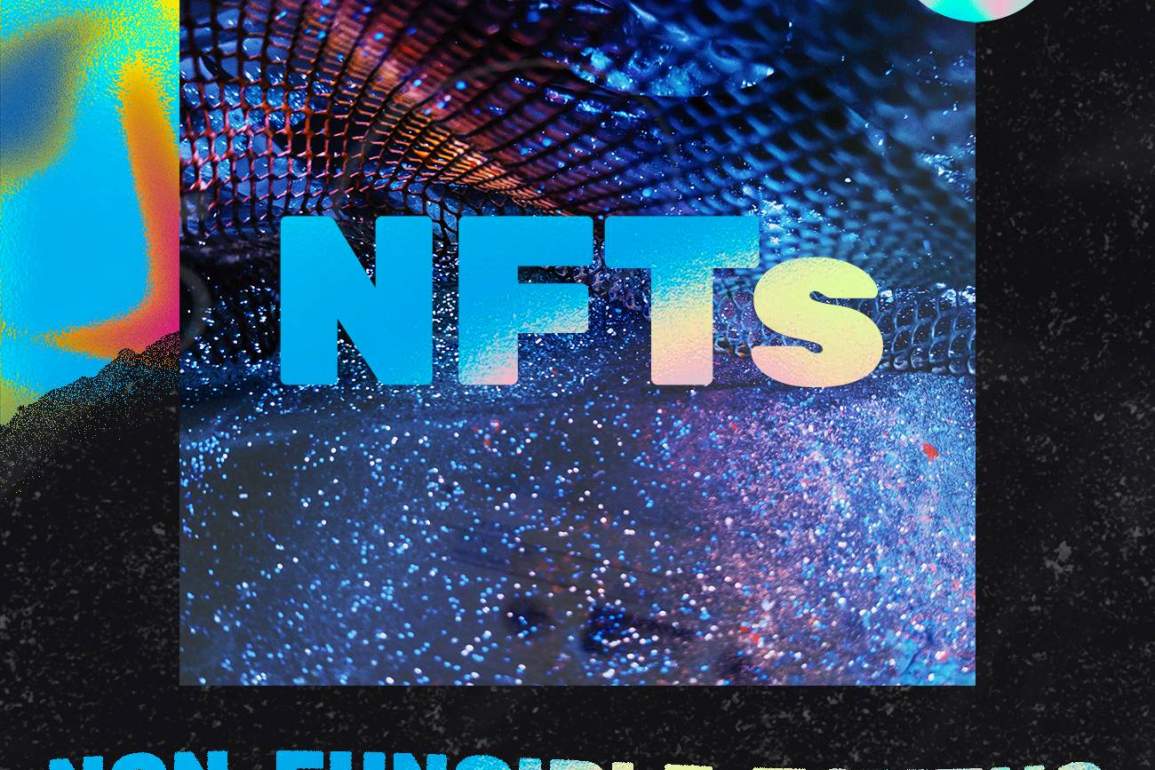 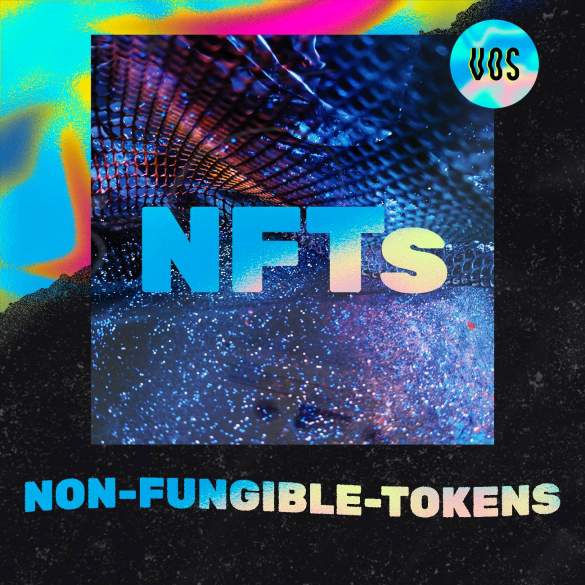 WHAT ARE NFTs? ARE THEY VALUABLE?

Trying to answer what NFTs are through the meaning behind its abbreviation (“Non-fungible-tokens”) is absurd. The name can be even more confusing that the acronym, especially when it comes to “fungibility”.

“Fungibility is the ability of a good or asset to be interchanged with other individual goods or assets of the same type. Fungible assets simplify the exchange and trade processes, as fungibility implies equal value between the assets.”

Although this definition brings some light to the idea of NFTs, it also highlights one of the issues of this “new trend”. The equal value between the assets.

But before going into deep about the value, it’s necessary to investigate why this new sensation can be so attractive for some customers.

NFTs gives the customers proof of ownership for all assets or items they are collecting, regardless of how many digital copies could exist. Because of his history linked to the art scene, NFTs create a sense of scarceness around the asset that plays with the assets’ speculation. As in reality, that sense of uniqueness and the existence of a small amount of the item is artificial. The token is the only thing that it’s rare, not the asset itself.

What happens with the NFTs will have as much to do with financial markets’ desires as any artistic inclination. That’s why with “Non-fungible-tokens”, things get really interesting, as we are not talking about assets that have the same value.

IT IS NOT THE FIRST TIME YOU HEARD ABOUT TOKENS

Nowadays, blockchain technologies allow us to implement many radically new distribution ideas that were impossible before. This is no something new, as you have probably heard the name of Bitcoin a few time during the last years. But this is only an excellent example of what is a “fungible token” as the value of two bitcoins is the same.

That’s why “non-fungible tokens” only allows us to create a digital certificate representing a unique asset that is now under our ownership. Those assets can be anything, from digital files (photos, videos, recordings, skins, etc.) to physical items like Vinyl’s or CD’s. Basically, this proof of authenticity can be applied to anything that can be sold, traded, bought and basically owned.

These NFTs are stored and distributed through open blockchain technologies like the famous Ethereum, the “Chinese Ethereum” NEO and QTUM. This allows embedding metadata and transaction history to enable this ownership to be easily verifiable by anyone in the world with an Internet connection. That means we can quickly know what digital wallets own what tokens at any moment, which can be interesting in terms of digital privacy.

All the possibilities of NFTs are currently being explored by creative industries, which are just starting to scratch their options’ surface.

SO WHY ARE NFTs BEING USED BY MUSICIANS?

As I have explained before, we can create a non-fungible token that acts as proof of ownership for any digital file or asset.

So let’s be a hypothetical musician for a day and jump into Logic Pro for a few days or hours to create a fantastic track titled “Chocolate”, for example.

Now, this “Chocolate” track exists as a FLAC file that I created in Logic Pro, saved onto my hard drive and later uploaded onto SoundCloud. As a user, you can easily drag the URL of SoundCloud onto any download page and have your “Chocolate” copy.

This is basically artists and the music industry worst nightmare, the commonly called “piracy”. If this can be done a billion times over by a billion people. This action basically down the value of tracks like “Chocolate” near-zero because if everyone owns it, no one really owns it. And this is why NFTs can be helpful to maintain that value.

But this brings another question to the table. Why would anyone waste money to own digital art or music that probably will be copied and consumed for free for everyone in the future?

The key again is ownership. There’s nothing for humans in today’s capitalist society that owns things that others don’t have. And also, because it’s an investment.

It has been said that NFTs transcend the limits between scarcity and abundance. Bringing again to the table our obsession to monetize each instance that can be consumed, allowing the value of that original NFT to go up along with the cultural significance associated with it.

Let’s say again that you purchased an NFT (an unreleased photo from Lady Gaga) one month ago. Obviously, you don’t own Lady Gaga, but you do with that photo. As Lady Gaga’s career keeps going up with movies and music awards, her cultural value as an artists keeps growing, so does the value of the rate photo you own.

BUT WAIT A MINUTE! WHAT HAPPENS IF SOMEBODY TAKES A PHOTO OF MY UNIQUE GAGA’S PICTURE? IT WILL LOSE ITS VALUE?

For NFTs lovers, the answer will be no, as for your benefit, you will be still the only certified owner of the photo. But others….well, maybe you pay for nothing. It depends on your own thoughts about NFTs.

Those “non-fungible tokens” users and lovers will justify that if people take photos of our unique assets, it will only increase the cultural value of it and the original photo monetary value. Which is again under your ownership.

A blockchain’s open nature will allow us to verify who owns the original photo among all those copies.

This will still bring the problem of making digital assets feel tactile and unique as physical objects do to consumers. Because the main appeal of the NFTs of work is that whoever owns it can only transfer it and never copy it, no matter in what forms exists, which is, in conclusion, something which had been impossible to do.

OK! I THINK I’M STARTING TO UNDERSTAND NFTs’ VALUE. CAN I PLEASE SEE SOME MUSIC EXAMPLES?

After getting out of a long and pretty lousy publishing deal. Canadian artist Jacques Greene is now an independent songwriter. He basically turns up to be a trendsetter in a way as he elected to sell the publishing rights to this song “Promise” to whoever wins the auction.

This NFT represented the publishing rights to the eventual song in perpetuity. Hoping that this movement could bring some clearness around the value of his music. But he reserved the right to approval for the future copyright owner.

The publishing rights for “Promise” were later acquired by a user called Skeet.eth, who pay 13.00 ETH (Ethereum) for the NFT that represented those rights.

At the moment of acquisition, that amount of ETH Coins were equivalent to $23,291.58. Not bad for publishing rights.

IMPORTANT! The ownership of that NFT can be checked on sites like Etherscan.

By creating an NFT around these publishing rights, they become verifiably ownable (which is a clear issue with copyright) and more easily tradeable. As the demand for these rights may go up as the track grows in popularity because of an ad or a TikTok Challenge. Maybe the actual NFT owner (Skeet.eth) changes, generating a benefit for the owner of the NFT only.

NFTs also allow musicians to fraction those rights into multiples pieces, meaning they could be cut into smaller parts and sold to multiple owners. This will generate an instant benefit for the artists who will have probably a more significant intake for the publishing rights from the sell of an NFT than from the music market.

That fraction of rights represented in NFTs could enable hundreds or even more people to participate in this one song’s publishing rights. It’s uncertain if it’s profitable for all those owners to participate in the same songs, considering the payments from streaming companies, for example.

But of course, there’s a big problem here. The rights and royalties’ actual flow is not included in the smart contract that the NFTs bought represented. That scenario and conditions should be later discussed between the artists and the buyer. Or if the transaction is made via a third company specialized in music rights and NFTs things can be easily made as I will show you in an instant.

Apart from that, it can be easy to see that if this bubble doesn’t explode, it soon can be an alternative for artists to turn paper contracts into code.

Turning the flow of rights and royalties more agile, flexible and traceable than ever. Obviously, everything can go wrong as “ownership” is such a fragile concept nowadays, and this could be even more damaging to the value of art than a solution. Putting the price of things in the hands of wealthy individuals who will determine what is valuable or not. But wait a minute…. isn’t that already happening in the music industry?

NFTs are trying to win the war against the abysm that separates the value music brings to people’s lives and the price they are willing to pay for it. That’s a massive war that never ends.

As I was mentioned before, they are already artists selling the full publishing rights of their songs or just a percentage as the British independent artist Big Zuu did on March 18th, selling 75% of his rights to a new track via a Bluebox NFT.

They are already companies that are specialized in that kind of transactions. Bluebox, the one used by Big Zuu, is one of the first ones in music rights and NFTs.

Bluebox (launched by online distribution and services UK-based company Ditto Music) uses blockchain-based tools to register full or partial ownership of recorded music and publish copyrights and splits royalty payments accordingly to the percentages of ownership. So supposedly, these new sales and the use of blockchain tools could lead to higher collection rates.

The exciting thing about this is that the user who bought the NFTs will start to collect the royalties related to the tracks automatically, which avoid entirely what Jacques Greene was proposing with the sale of the publishing rights of his song “Promise”, that he will maintain the rights to approve the future copyright owner.

This could allow artists and user to start a fight against the current massive companies like Hypgnosis, which are buying the whole catalogues of artists like Shakira. While buying copyright is a highly exhaustive process. You can’t buy it in small parts, and you’re gonna spent thousands of dollars, for example, on legal fees. By contrast, NFTs and blockchain tools now make the assets liquid and easily tradable. Providing the ability to make these purchases quite more flexible and instant.

The answer is simply YES. You can find a few recent examples of big artists using NFTs, which again confirm the power that this new trend has. We will need to think about that too in a few months or years.

We are in the early stages of the uses of NFTs related to the music industry. For that reason, it’s hard to determine how good or bad this experience is gonna be for musicians and the music industry. Time will tell, but at the same time, it’s good that we start to ask ourselves a few questions about it:

Is the experience of “owning” something more significant than the actual asset?

Are NFTs purchases anything more than “buying a feeling”?

Is this just more than a fancy bubble for wealthy people who can afford this new “non-fungible token”?

Are NFTs an antidote for the endemic evils of the music industry? Or just a new adventure and hobby for wealthy capitalists to buy feelings of ownerships?

What are the environmental implications of NTFs? Are we forgetting the number of resources that these new trends are costing to the planet?