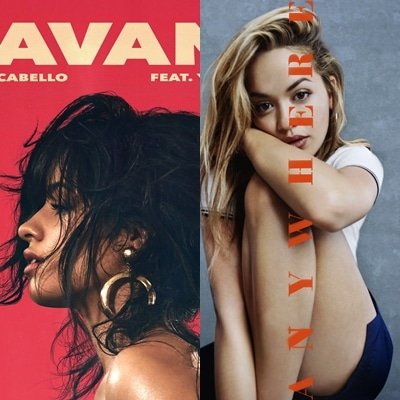 These artists have set the bar so hard this 2017 with their performances and great selling records. But the secret for all of these is more than talent, they have perseverance and the highest sense of hard work.

Everyone (including myself) used to think that Camila Cabello’s solo career will be short and mainly a non-event for the music industry. Maybe prejudices or all those artists that wanted to go solo and disappear after a 40 Top Nigerian smash. But we were wrong and thanks to the universe for that.

Her team believed in her qualities and ability and prepared Camila for success. Slowly building a status for her, that explodes after the release of “Havana”. An instant hit that goes on trend with Latin rhythms but with a sexy classy style ready to eat and be played on the radio.

Now, her album is finally finished, and she’s coming for the crown of the new latin queen of pop. In a few years, she’ll be treated with the same status of Shakira, Jennifer Lopez or Gloria Estefan.

In the beginning, she was sold to the media as the new European Rihanna. An error that lately cost than Rita Ora left Roc Nation and became trapped in a black hole of commercials fails, lost of media presence and a time-lapse (separation temporal) of more than 5 years between an album (let’s pray for a late 2017 release now).

But a few months ago everything changed with the release of “Your Song” an Ed Sheeran penned-track that burst into the Uk Charts, followed by an amazing collaboration with Avicii and a classic pop massive radio anthem “Anywhere”.

Right now she’s growing as an artist and performer, following the style of Jennifer Lopez who set the mark for business women. She’s into acting, fashion, makeup, non-profit business, etc.

Two artists who work hard and rules the charts in a world dominated by men, in fact, women only accounted the 14% of U.S. Top 10 hits in the first eight months of 2017. Also in the UK, there was a lap time of two years where any woman achieved the number one (Adele in 2015 and Dua Lipa in 2017). But this is only one example of the difficulties that women have to beat every day in today’s society.