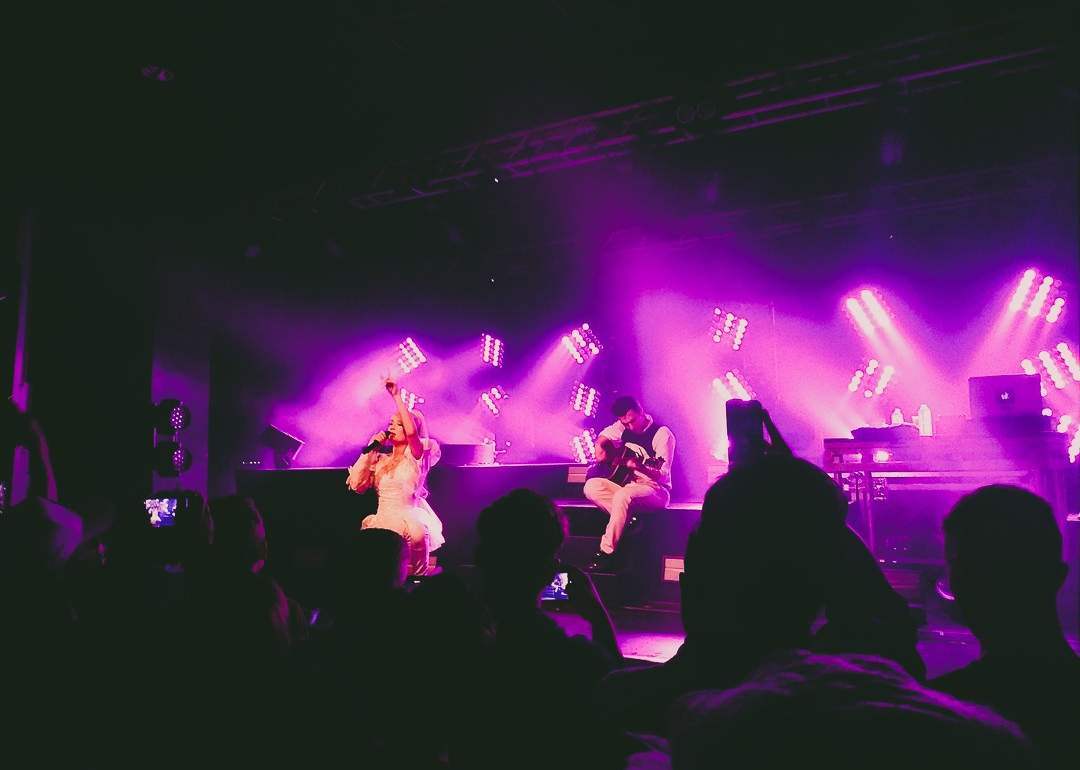 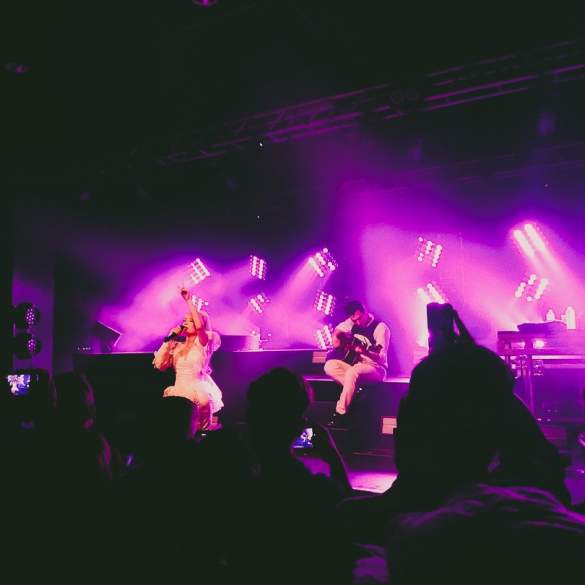 Almost two years after I introduced Kim Petras to the readers of Vibes of Silence, I finally have the opportunity to saw her live on one the first European dates of her Clarity Tour.

The Kavka Zappa, a small music club at the outside of Antwerp (Belgium), was the chosen one to bring Kim Petras for the first time to the city. It feels so intimate when artists do shows on places like this; the atmosphere is just crazy.

Alex Chapman, who was the DJ opener for Kim Petras, was the perfect option for the job. An incredible mix of iconic gay tracks, including Lady Gaga’s unreleased single “Stupid Love”, warmed up the public for what it was a total party but a lot of bops, funny comments and great vibes from Kim.

The German pop star opened the show with “Clarity” that includes the fantastic line “Clarity, I got clarity // I’m the bitch with the sauce, apparently” — a complete statement about Kim’s stardom power that was proved multiples during the night.

The whole stage was quite simple at first (only the background lights and the rotating platform), but at the end was very impactful with all the different lights games and the perfect synchronisation with the music.

She was extremely charming with the public, regularly interacting with almost everyone on the first three rows, taking fans gifts (one lucky guy was able to give her some of his lyrics to her) and even she criticised one girl who wasn’t enjoying the show to move back and let someone who really wanted to be on the first row her place.

Kim also looked terrific, like unbelievably amazing. Just like a doll in every single aspect from the make-up to all the outfits changes during the show. Her stage presence was also impressive, which explains why she doesn’t need (at the moment) any dancers with her.

The highlights of the night were the fans favourites “There Will Be Blood” and “Icy” both being a total explosion of vocal power and stardom power. The moment she gets into the rotative platform and “There Will Be Blood” is a full eye-popping diva moment while “Icy” is such a delightful vocal moment for Kim Petras who loves to change the melodies of the songs during some parts of the show to give them even a stronger euphoric feeling.

Kim Petras showed that this is only the begging for her, but being able to have such an impressive catalogue of pop hits to fulfilled a show (almost one hour and a half plus a cover from The Killers) is a real milestone for any artists nowadays. A real experience for any pop lover who wants to appreciate the immense talent of Kim Petras as a bop-creator and part of the future of pop music.